The warmth of the sun and the lure of nectar beckoned the hover flies or flower flies to our bee friendly garden.

It stood quite still, sipping the nectar and soon honey bees and a mason wasp joined it.

But for a minute, it seemed to have a "Mine" sign slapped on the blossom. 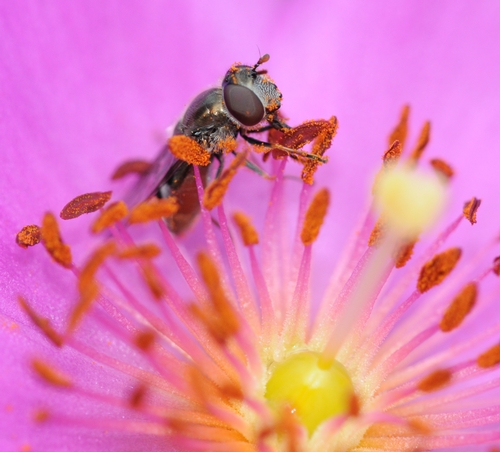 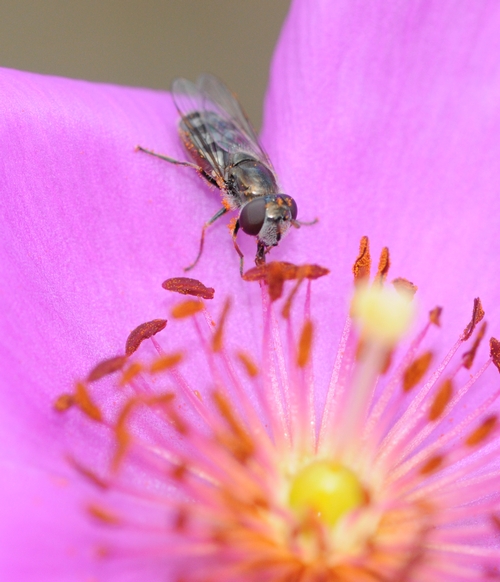 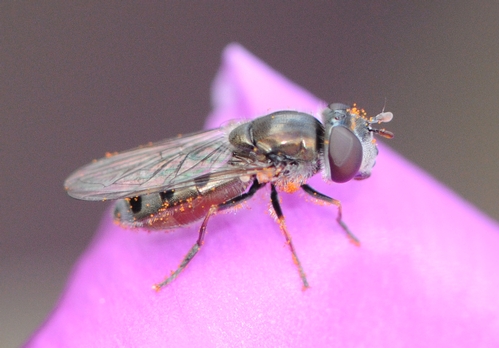