They're hairy. They're bristly. They're attention-getters.

They probably draw more "yecchs!" than most insects. All the more reason to love 'em.

Frankly, the tachinids (family Tachinidae, order Diptera) could never be misidentified as honey bees, as some pollinators such as hover flies, are. And yes, flies can be pollinators.

Entomologists tell us that worldwide, there are more than 8,200 identified species, and more than 1300 species in North America alone. Who knows how many more are out there?

The 2011 State of Observed Species (also called SOS), issued Jan. 18 by the International Institute for Species Exploration, Tempe, Ariz., lists 19,232 newly discovered species. Of that number, more than half--9,738--are insects. Those figures are already out of date. These newly discovered species were identified in 2009, the latest year statistics are available. It "takes up to two years to compile all newly reported species from thousands pf journals published in many languages," the SOS team says.

Check out the report, billed as "A Report Card on Our Knowledge of Earth's Species."

Who knows? If you're crawling around a flower bed, you might just discover a new tachinid. 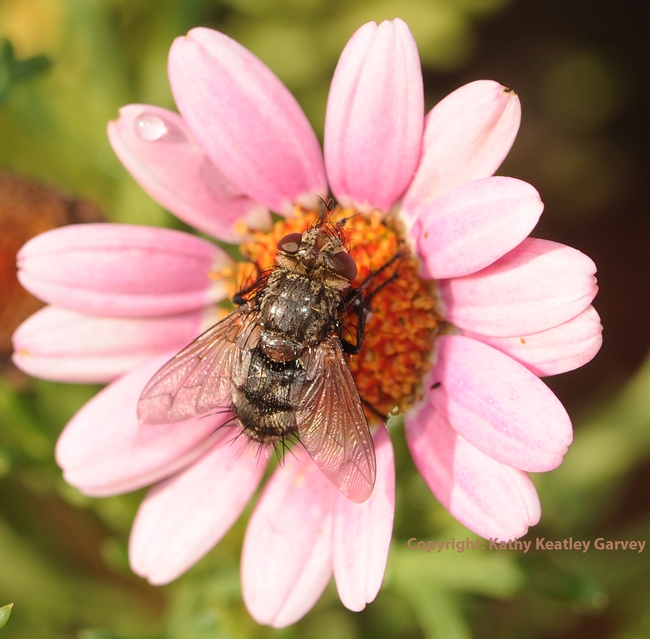 Tachinid fly "in the pink." (Photo by Kathy Keatley Garvey) The parasitic fly (family Tachinidae) never had a chance.

It went from floral visitor to spider prey to spider dinner when it made a single solitary mistake: it inadvertently fell into a sticky web.

Its life-and-death struggle in our back yard did not escape a trio of cellar spiders (family Pholcidae). They rapidly descended on the squirming fly.

This was the first time I've ever seen cellar spiders hunt together. While one wrapped it in silk for future dining pleasure, another administered a fatal bite. The powerful poison paralyzed it. Then one of the bigger spiders tugged the wrapped prey under the lip of our barbecue table. Out of sight.

It's not easy identifying "what's for dinner" but Martin Hauser, a senior insect biosystematist with the Plant Pest Diagnostics Branch, California Department of Food and Agriculture, said it's definitely a Tachinid fly. There are hundreds of Tachinidae genera, he says, but this one is very likely a Peleteria.

I'm just glad the catch of the day wasn't a honey bee. 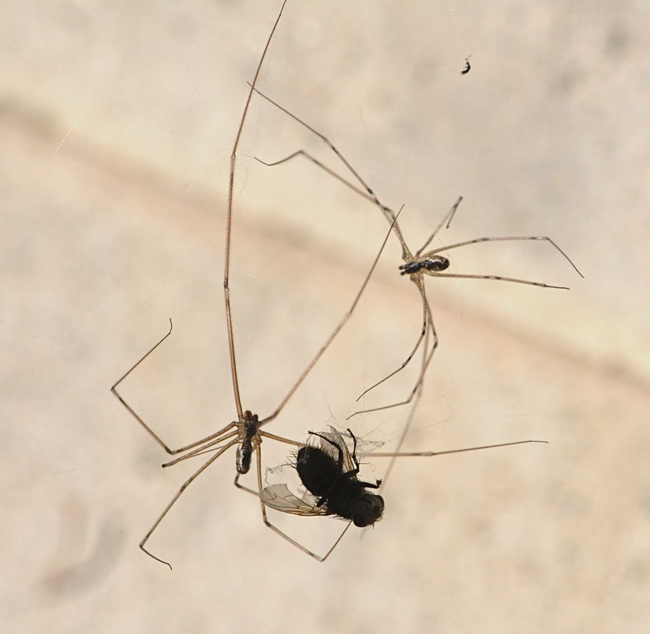 Two cellar spiders work together to capture a Tachinid fly in their web. (Photo by Kathy Keatley Garvey) 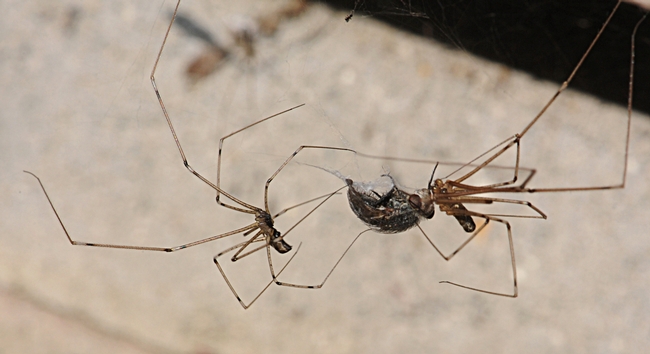 While one spider wraps the fly, another bites it in the head, paralyzing it. (Photo by Kathy Keatley Garvey) 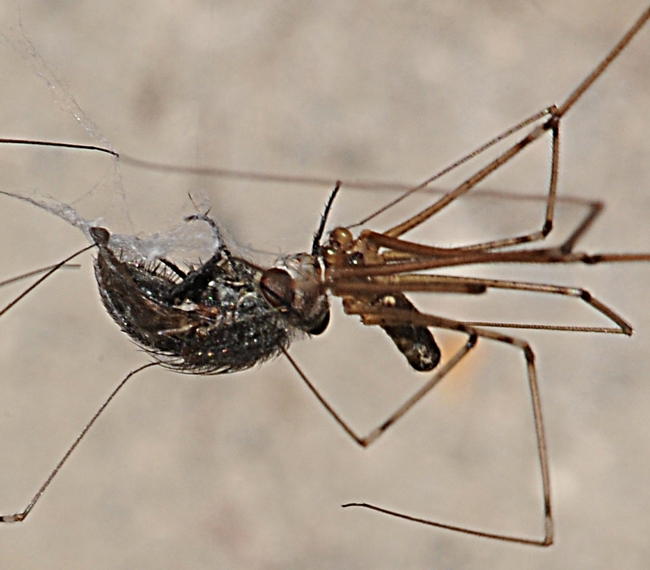