Fischer is a member of the Mosquito Research Group, Department of Ecology, Genetics and Evolution.

Her seminar, open to all interested persons, begins at 4:10 p.m., Pacific Time. She will be introduced by UC Davis doctoral student Erin Taylor Kelly of the laboratory of medical entomologist-geneticist Geoffrey Attardo. The Zoom link is https://ucdavis.zoom.us/j/99515291076.

"The mosquito Aedes aegypti, vector of dengue and other arboviruses, has recently expanded its distribution towards colder climate regions," Fischer says in her abstract. "This might be favored by an adaptation of the populations to local conditions. We explore the larval tolerance to low temperatures and the photoperiod induced embryonic diapause as possible mechanisms occurring in temperate Argentina."

"My main research interest is on mosquito ecology, and my current project aims to analyze the effects of environmental conditions (photoperiod, temperature, humidity) and resources (larval food) on the fitness of Aedes aegypti," she writes on ResearchGate. "I am also interested in human caused environmental change and its consequences on vector borne diseases."

She is a member of the

Fischer recently co-authored a research paper on Behavior of Aedes albifasciatus (Diptera: Culicidae) larvae from eggs with different dormancy times and its relationship with parasitism by Strelkovimermis spiculatus (Nematoda: Mermithidae).

A. aegypti is also known as the yellow fever mosquito. Kelly, who is hosting the seminar, studies the mosquito in the Attardo lab. She won a first-place award at the Entomological Society of America meeting last November with her poster, “Metabolic Snapshot: Using Metabolomics to Compare Near-Wild and Colonized Aedes aegypti.” She competed in the Physiology, Biochemistry and Ecology Section.  (See https://bit.ly/3HJR0IF).

Fischer's talk meshes with the work of the Geoffrey Attardo laboratory. In one of his research projects, Attardo investigates the threat of these invasive mosquitoes, which have gained a foothold and spread throughout the state, putting California at risk for Aedes-vectored diseases such as dengue, chikungunya, Zika and yellow fever. Attardo studies the prevalence and physiology of insecticide resistance in Californian populations and evaluates the use of genetic markers to predict insecticide resistance and to track movement of genetically independent populations of aegypti throughout the state. Attardo and his lab are also currently developing novel biochemically oriented methods of insecticide resistance quantification to identify compounds that mosquito abatement districts can use for monitoring, and to define the biochemical pathways required to maintain this problematic adaptation.

The department's weekly seminars, held at 4:10 p.m. on Wednesdays, are coordinated by nematologist Shahid Siddique, who may be emailed at ssiddique@ucdavis.edu with any technical questions. 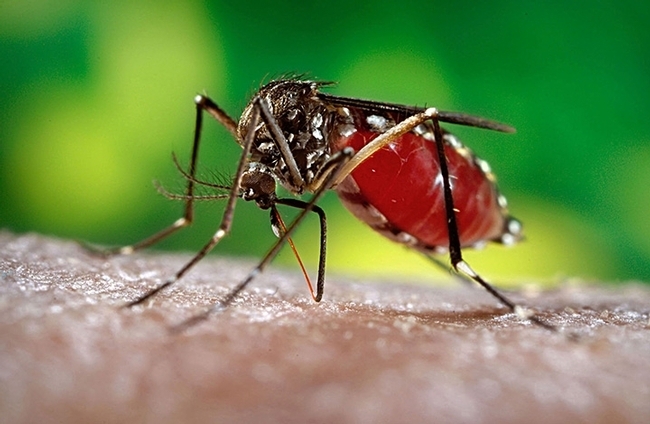