More than 2000 scientists are registered to attend the meeting, to be held Sept. 2-6 in Gramado, Brazil.

On behalf of ESA, Zalom is co-organizing and co-chairing a joint conference with Antonio Panizzi, a past president and international delegate of the Entomological Society of Brazil. That event, to take place the day before the XXVII Congresso Brasileiro and X Congresso Latino-Americano meeting, will involve developing a “Grand Challenge Agenda for Entomology in South America.

Zalom will speak on “The American Experience with the Grand Challenge Agenda in Entomology.” In addition, ESA president Michael Parrella, dean of the College of Agricultural and Life Sciences at the University of Idaho and a former chair of the UC Davis Department of Entomology and Nematology, will provide an update on the 2018 ESA annual meeting, set Nov. 11-14 in Vancouver, B. C. Speakers also will include the presidents of the entomological societies of Argentina, Peru and Brazil.

Leal, a native of Brazil, will present the opening lecture of the joint conference of the XXVII Brazilian Congress and X Latin American Congress of Entomology on “Insect Vectors: Science with Applications in Agriculture and Medicine,” on Sunday, Sept. 2. This will be his fourth opening lecture—a record—at the Brazilian Congresses of Entomology (2004 in Gramado; 2008 in Uberlandia; and 2014 in Goiania). As an aside, legendary entomologist Marcos Kogan previously held the record: he presented two opening lectures, one in 1983 and another in 2002. Both Leal and Kogan (professor emeritus of agricultural entomology, University of Illinois and professor emeritus, Oregon State University) were elected ESA fellows; Leal in 2009 and Kogan in 2016. Zalom received the honor in 2008.

Zalom, an integrated pest management specialist, and former director of the UC Statewide Integrated Pest Management Program (UC IPM) and Chiu, who specializes in molecular genetics of animal behavior, will speak on their research at the joint meeting. Zalom will deliver a plenary address on “Drosophila suzukii in the United States” on Sept. 5, and Chiu will keynote a symposium on Sept. 3; her lecture is titled  “Circadian Clock Research Applied to Agriculture and Public Health.”  She will give a second lecture: "Drosophila as an Insect Model" on Sept. 3. 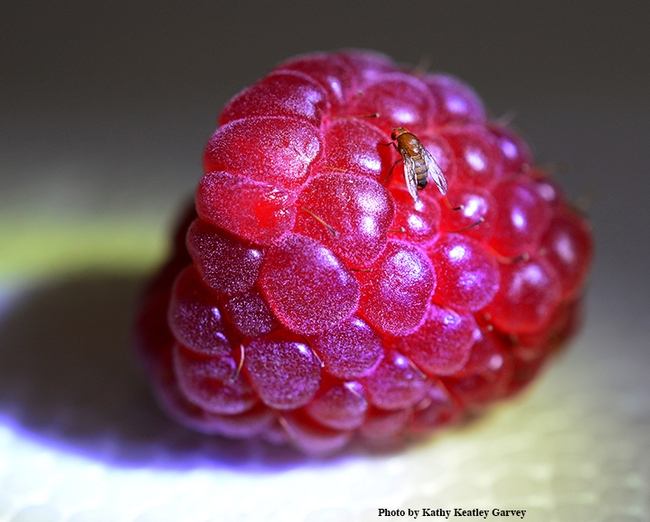