A female monarch. (Photo by Kathy Keatley Garvey)
We can help save the monarch butterflies by saving the "sacred" trees in central Mexico where most of the migrating population overwinters.

Science journalist Janet Marinelli, writing in Yalee360,  said it well in her Dec. 21st piece, "To Protect Monarch: a Plan to Save the Sacred Firs."

This should be widely read, widely distributed and widely discussed.

Basically, it's crucial to plant milkweed, the host plant of the besieged and dwindling monarch, but it's also crucial to plant more oyamel fir trees (Abies religiosa) in central Mexico, where deforestration and climate disruption and loss of milkweed combine to rage an ongoing war against the migrating monarchs. These firs are the favorite of overwintering monarchs that migrate from the Eastern United States, and as far away as Canada.

This tree is called a sacred fir ”because of its narrow, conic tip that resembles clasped hands with fingers pointed upwards, praying," Marinelli writes. "These dense, dark-green conifers protect the monarchs from cold and rainy winter nights."

Says Wikipedia: "Sacred fir is named after the use of cut foliage in religious festivals in Mexico, notably at Christmas. It is also the preferred tree for the monarch butterfly (Danaus plexippus) to reside in colonies during its hibernation in Mexico. The distribution of this tree is narrowing because of deforestation and human impact."

The fir is on the International Union for the Conservation of Nature (IUCN) Red List of Threatened Species.

"A billion butterflies once fluttered down from as far as southern Canada to paint the firs a quivering crazy quilt of orange and black with white spots," Marinelli eloquently wrote. "But due to the usual litany of destructive factors — from the deforestation of Mexico's oyamel fir trees to the loss of milkweeds, the primary host plants for monarch caterpillars up north — their numbers have plummeted. By 2014, there were just 33 million of them "

So the scientists in Mexico seek to plant these trees at higher altitudes--not just to save this species of trees, but to save the monarchs.

Cuauhtémoc Sáenz-Romero, a forest geneticist at the Universidad Michoacana de San Nicolás de Hidalgo, and the plan's architect, was saying: “We have to act now. Later will be too late, because the trees will be dead or too weak to produce seeds in enough quantity for large reforestation programs.”

Agreed. It's important to act now. "Later will be too late." Saving the sacred firs is a crucial tool in the save-the-monarch toolbox.

Humankind, so apt at destroying habitat instead of protecting it, now needs to backtrack and save the environment, the firs and the monarchs. 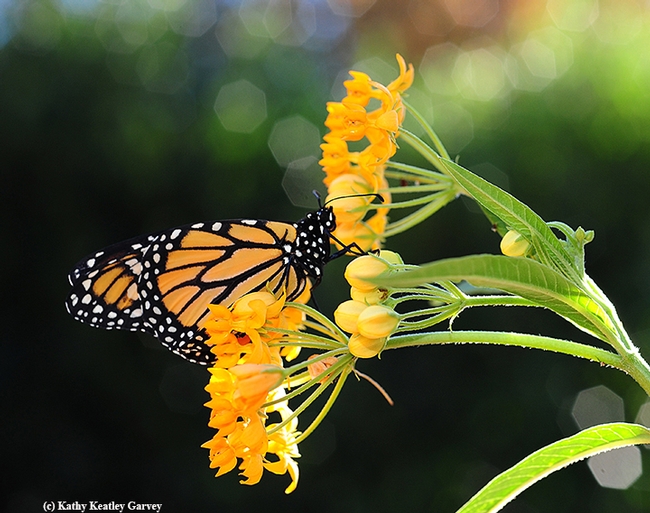