UC Davis community ecologist Louie Yang does research on monarchs. This is a male monarch nectaring on Mexican sunflower, Tithonia, in Vacaville, Calif. (Photo by Kathy Keatley Garvey)
Congratulations to community ecologist Louie Yang of the UC Davis Department of Entomology and Nematology, the newly announced recipient of an international award for his outstanding academic advising activities.

What an honor and so well-deserved!

Yang will receive the Outstanding Faculty Academic Advising Award from NACADA, also known as the  Global Community for Academic Advising, at its Sept. 30-Oct. 3 conference in Phoenix, Ariz. He earlier received the 2017 Faculty Advisor Award of Excellence in NACADA's Pacific Region 9, comprised of California, Nevada and Hawaii.

Yang, an associate professor who joined the UC Davis faculty in 2009, teaches Insect Ecology and Field Ecology. He holds a bachelor's degree (ecology and evolution) from Cornell University, 1999 and received his doctorate from UC Davis in 2006. 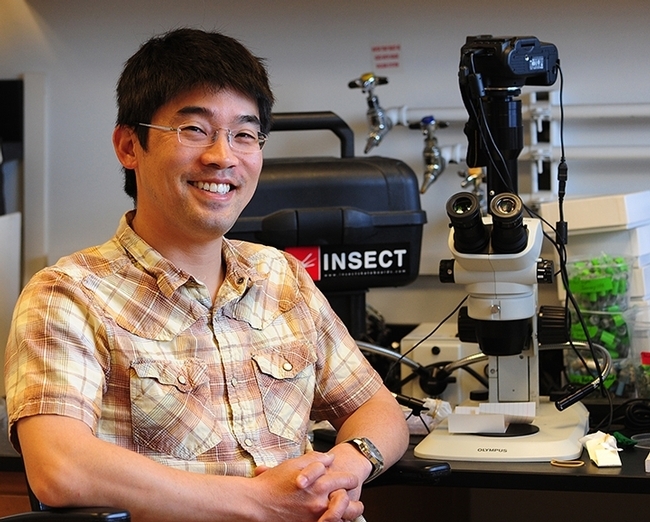