Hugh Dingle
Like the migratory animals that he studies, Hugh Dingle, emeritus professor of entomology at the University of California, Davis, is on the move.

Dingle, who served as a professor in the UC Davis Department of Entomology from 1982 to 2002, achieving emeritus status in 2003, recently published the second edition of Migration: The Biology of Life on the Move (Oxford University Press), a sequel to the first edition published in 1996.

A worldwide authority on animal migration, Dingle says the full understanding of migration, or “life on the move,” involves genetics, physiology, and morphology, as well as behavior and ecology. Among the animals that migrate: whales, monarch butterflies, armyworm moths, pelicans, locusts, winged aphids and ballooning spiders.

Dingle has researched in seven countries: UK, Kenya, Thailand, Panama, Germany and  Australia, as well as the United States. National Geographic featured him in its cover story on “Great Migrations”  in November 2010.  LiveScience interviewed him for its November 2010 piece on“Why Do Animals Migrate."

Now Dingle will be heading to the Pacific islands to study monarchs. He just received the UC Davis Edward A. Dickson Professorship Award to research “Monarchs in the Pacific: Is Contemporary Evolution Occurring on Isolated Islands?”

Monarch butterflies established just 200 years ago in remote Pacific islands are undergoing contemporary evolution through differences in their wing span and other changes, Dingle believes. He will be working with community ecologist Louie Yang and molecular geneticist Joanna Chiu, assistant professors in the UC Davis Department of Entomology and Nematology, to examine the ecology and physiology of monarch butterflies (Danaus plexippus) in three islands where contemporary evolution might be expected. The islands are Oahu (Hawaii), Guam (Marianas) and Weno (Chuuk or Truk).

The monarch, widely distributed “for eons” in the New World, is fairly new to the Pacific islands and to Australia. He speculates that the monarchs arrived in the Pacific islands with their host plant, milkweed, which was valued at the time for its medicinal properties.

That's exciting research. We look forward to the results! 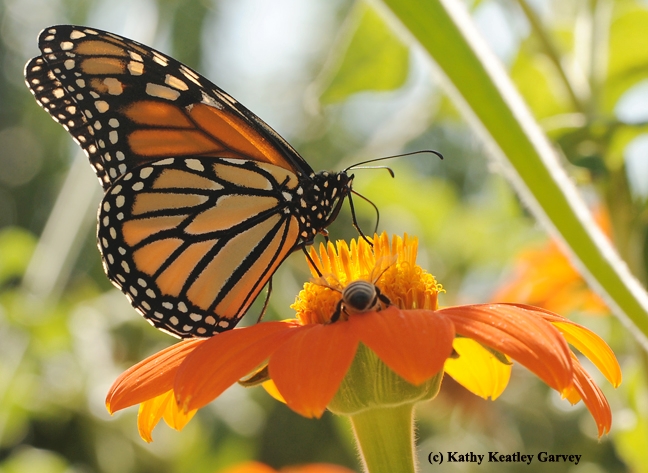 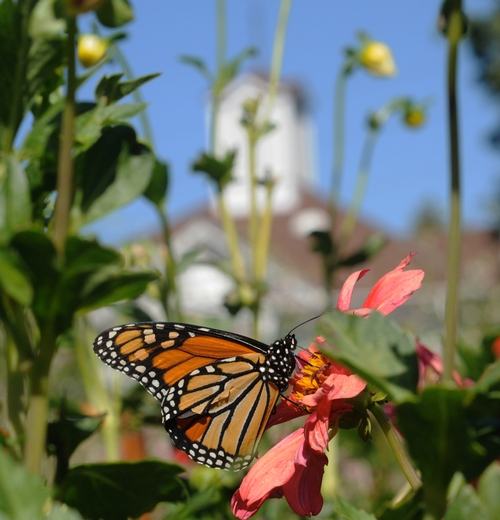