Bug Squad
sitenum=63
Happenings in the insect world
How Do You Weigh a Bumble Bee? Ask UC Davis Entomologists and Engineers How it all began: Pollination ecologist Neal Williams, associate professor in the UC Davis Department of Entomology and Nematology and postdoctoral researcher Rosemary Malfi set out to research how the short-term loss of floral resources affects bumble bees,  specifically the yellow-faced bumble bee, Bombus vosnesenskii, a common bumble bee native to the West Coast of the United States. Its importance to agriculture, including the pollination of greenhouse tomatoes, cannot be overstated.

They could and they did. The project is underway in a field west of the central UC Davis campus. The site includes fine-mesh tents filled with wildflowers to contain the bumble bees and an RV converted into a lab.

Fell began his piece with "How do you weigh a bee?"

"That's the question that brought together insect specialists at the University of California, Davis, and two teams of UC Davis engineering students this year, to try and solve what turns out to be a tricky technical problem," Fell wrote. "But the consequences are important: ultimately, understanding how California's native bumble bees respond to changes in the environment and the availability of flowers, and how we can protect these insects that are so vital to both agriculture and wild plants."

Fell wrote: "The electrical engineers had to solve the problem of taking the raw signal from the scale and obtaining time-stamped data for individual bees."

“We were working with very small signals, at the low end of the technology, so noise in the data was an issue,” Troxell related in the news story. "A bumble bee weighs between 150 and 200 milligrams, and to get useful information about bee health or how much pollen they are carrying, the scale would need to be accurate to less than one milligram. A conventional laboratory balance averages several readings over a few seconds — but bees are much too fast and jittery for that to work."

Williams described the bee scale as "a great example of interdisciplinary work." And indeed it is.

This project is sure to gain national and international attention. It's not just about the plight of the bumble bees but the unique collaboration between entomologists and engineers and the resulting device they successfully designed and crafted. 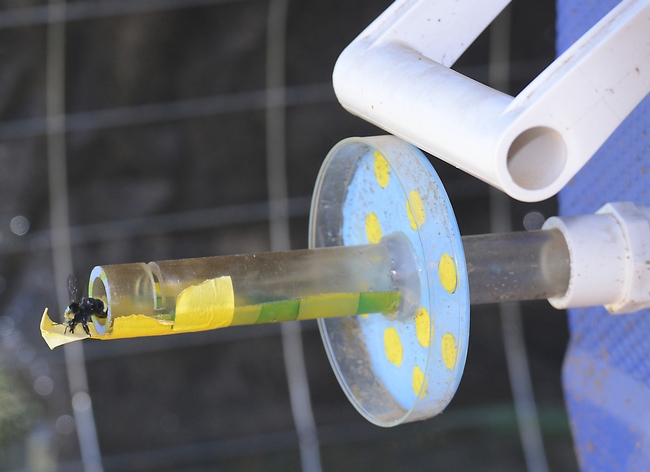 A bumble bee leaving an experimental colony housed in a cooler. The "bee scale" to weigh the insects has to be placed in this tunnel. (Photo by Kathy Keatley Garvey) 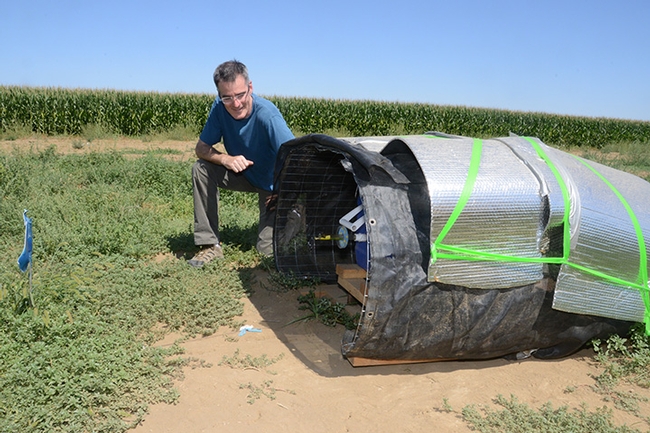