Like a spinning helicopter struggling in a brisk breeze, the dragonfly circled our Spanish lavender patch in our bee friendly (and dragonfly friendly) garden in Vacaville, Calif. for just the right spot. It finally landed its 2.6-inch frame on one of the outside blossoms.

Hey, here I am! Take my picture!

Then it flew over the fish pond and it was over and out.

The blue-eyed darner is one of California's earliest emerging spring dragonflies and what a beauty. Its distribution, according to Odonatocentral.org: "Central and western North America from southern Alberta and British Columbia to Texas and California southward to Morelos, Mexico."

"This is a common, predominately blue western species," according to Odonatocentral.org. "The face, eyes and pale spots are all brilliant blue...There are the usual pale blue spots throughout its length. The male cerci are forked. Females may have blue or yellow-green thoracic stripes and abdominal spots."

This is our first dragonfly sighting of the season.

The welcome mat is out. 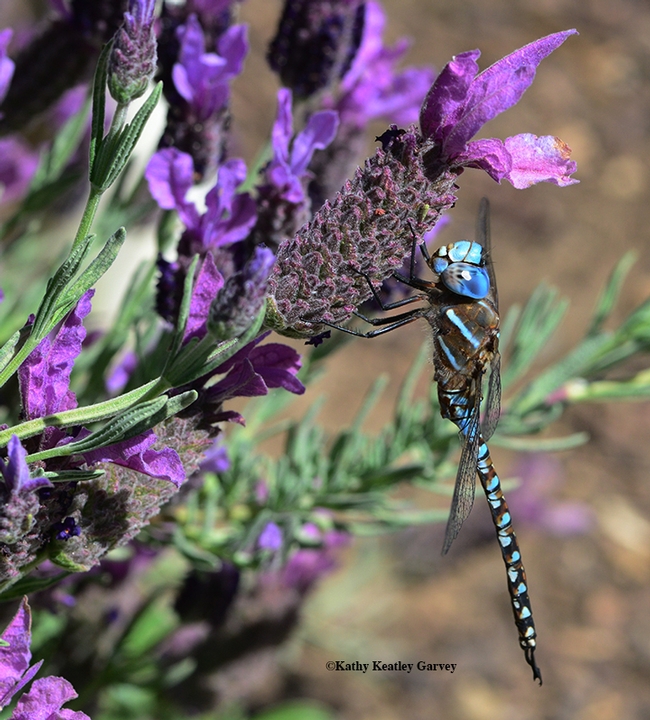 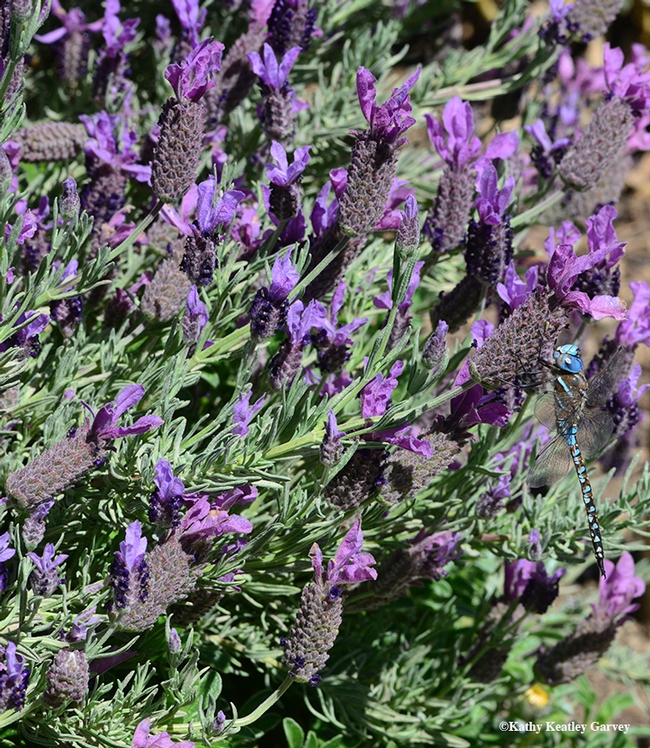