Bug Squad
sitenum=63
Happenings in the insect world
What Effect Did the California Drought Have on Butterflies? A pipevine swallowtail, Battus philenor, nectaring on wild radish in Gates Canyon, Vacaville, on Jan. 26, 2014. This butterfly was included in Art Shapiro's tally that day. (Photo by Kathy Keatley Garvey)
Remember the California drought of 2011 to 2015? What effect did that have on butterflies?

The research, "Impacts of Millennium Drought on Butterfly Faunal Dynamics," is published in the journal Climatic Change Responses.

Lead author Matthew Forister, a biology professor at the University of Nevada, Reno, is a former Ph.D. student of Art Shapiro's, as are two co-authors James Fordyce of the University of Tennessee, Knoxville, and Chris Nice of Texas State University, San Marcos. UC Davis co-authors, besides Shapiro, are  James Thorne and David Waetjen of the UC Davis Department of Environmental Science and Policy.

The six-member team analyzed the data in Shapiro's 10-study site dataset, which dates back to 1972 and encompasses 163 butterfly species. The sites, representing what Shapiro calls the "great biological, geological and climatological diversity of central California,"  range from the Sacramento River delta, through the Sacramento Valley and Sierra Nevada mountains, to the high desert of the western Great Basin. See his research website. Shapiro walked the study sites every two weeks between 45 and 29 years, noting the presence or absence of all butterfly species. (He still does. Of course, he walks during what he calls "good butterfly weather," when conditions are suitable for insect flight. This is nearly year-around at low elevations but understandable, there's a more narrow period at higher elevations.) Lead author Matt Forister, a biology professor at the University of Nevada, is a former Ph.D. student of Art Shapiro's.
The scientists analyzed such data as first flight, species richness, and diversity.  They found that the "dates of first flight advanced across the elevational gradient during the drought, leading to an overall expansion of the flight window at low elevations and a compression of the flight windows in the mountains. The number of species observed per year increased at lower elevations but decreased at high elevations, apparently as a consequence of extreme sensitivity to hot and dry climates."

Of the research paper, Professor Shapiro said:  "This is the most important contribution from our research group in a while. It documents the responses of entire butterfly faunas to the recent California drought. It demonstrates that, counter to intuition, butterfly faunas near sea level apparently benefited from the drought, temporarily reversing long-term declines, while montane Sierran faunas were severely harmed...the study has broader implications for the biological impacts of climate change."

Bottom line: Climate change, aka global warming, is real. Wikipedia describes it as "the observed century-scale rise in the average temperature of the Earth's climate system and its related effects. Multiple lines of scientific evidence show that the climate system is warming." Indeed, we should all be concerned with the increasing severity and frequency of extreme weather events, such as drought, and the challenges that plant and animal life face.

"Despite ongoing political controversy swirling around climate change, the vast majority of scientists dealing with the subject have no doubt that it is occurring and that its ecological implications are profound," Shapiro told us today. "One way to address potential long-term impacts of climate change on living things is to examine in detail how they are reacting to shorter-term climatic events, especially climatic extremes. The recent 'millennia'-scale California drought affords just such an opportunity. We have been monitoring entire butterfly faunas along the I-80 corridor in California for many years (in some cases way back to the early 1970s), so we have a huge baseline for comparison to data from the drought years. There are very few comparably continuous and extensive data sets on any group of organisms world-wide. As we explain, butterflies reacted to the drought in mostly unexpected and 'counterintuitive' ways. By trying to understand those reactions, we can approach longer-term trends in a much more sophisticated way. Or so we think."

Read the research paper here and learn how the scientists compiled the statistics and obtained the results. 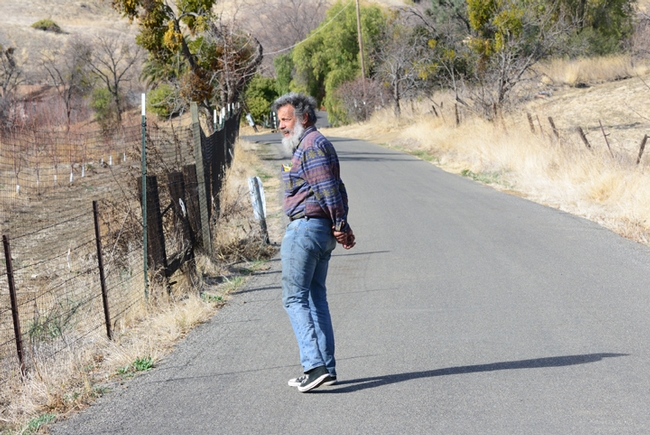