Guodong Zhang of the University of Massachusetts faculty is a former postdoctoral researcher in the Bruce Hammock lab at UC Davis. (Photo by Kathy Keatley Garvey)
Bruce Hammock, a distinguished professor of entomology with the UC Davis Department of Entomology and Nematology who holds a joint appointment with the UC Davis Comprehensive Cancer Center, kept busy today--along with his colleagues--answering news media queries.

The Hammock lab and the Guodong Zhang lab at the University of Massachusetts published exciting research  today (April 30) in the Proceedings of the National Academy of Sciences that involves hope for patients with obesity-enhanced colon cancer.

Their research showed that inhibiting an enzyme, soluble epoxide hydrolase--discovered in the Hammock lab--may reduce the risk of obesity-enhanced colon cancer and may offer a therapeutic target to block and treat colonic inflammation.

Co-first authors Weicang Wang and Jianan Zhang of the Zhang lab, and Jun Yang of the Hammock lab/UC Davis Comprehensive Cancer Center, noted that 30 percent of Americans are obese, and these individuals have a 30 to 60 percent higher risk of developing colon cancer. It is the third most common cancer and the second leading cause of cancer-related deaths in the United States. Colon inflammation is an early symptom of cancer.

“But to date, the mechanisms by which obesity increases cancer risks are not well understood, and there are few effective strategies to prevent obesity-enhanced colon cancer," said Zhang, a former postdoctoral researcher in the Hammock lab and now an assistant professor of food science at UMass where he focuses his research on prevention of colonic inflammation (inflammatory bowel disease) and colon cancer. "Our study showed that soluble epoxide hydrolase and its metabolites are over-expressed in colon of obese mice.  In addition, we found that pharmacological inhibition or genetic deletion of soluble epoxide hydrolase (sEH) abolishes obesity-induced inflammation and activation of pro-tumorigenic pathways in colon. These results showed that sEH is an essential enzyme involved in obesity-enhanced colonic inflammation and potentially colon cancer, and pharmacological inhibitors of sEH could be novel agents for prevention of these diseases.”

In the study, the 18-member team investigated the roles of sEH in obesity-induced colonic inflammation, which included using two different sEH inhibitors and a knockout mouse genetically modified not to produce sEH. Results proved similar in all cases.

They further conducted another study in both lean and obese mice with experimentally induced colon inflammation and used molecular analyses to follow a pathway called Wnt. About 90 percent of sporadic colorectal cancers have activating mutations within the Wnt pathway. The team found that obesity increases activation of Wnt signaling in the colon, but it can be abolished by the two different inhibitors and the knockout.

“The study was an exciting discovery from lipidomics technique,” said co-first author Jun Yang. “The consistent results from pharmacologic inhibition and genetic knockout (KO) as well as the signaling pathway mechanistic studies all support sEH as a potential treatment for obesity-induced colon inflammation."

Co-author Jun-Yan Liu is already collecting human samples to extend the study, and Hammock pointed out that they hope that the soluble epoxide hydrolase inhibitor will be in human clinical trials this year.

To date, the Hammock laboratory has published almost 900 peer-reviewed papers on the sEH enzyme, discovered while Hammock and Sarjeet Gill (now of UC Riverside) were researching insect developmental biology and green insecticides at UC Berkeley. The work, begun in 1969, led to the discovery that many regulatory molecules are controlled as much by degradation as by biosynthesis, Hammock said. These epoxy fatty acid chemical mediators control blood pressure, fibrosis, immunity, tissue growth, and pain and inflammation.

For many years Gill and Hammock were alone in studying this enzyme but today its importance is well recognized in mammalian biology, with more than 17,000 peer-reviewed papers in the area. Hammock credits the NIEHS for supporting research in this area since the 1970s.

A Davis-based company, EicOsis, has received a large grant from the U.S. National Institutes of Health to move inhibitors to the clinic to treat diabetic neuropathic pain. “We are developing a non-opiate analgesic to treat the chronic pain often associated with diabetes and hope to be in human trials over the next 12 months,” said William Schmidt, vice president of clinical development at EicOsis. 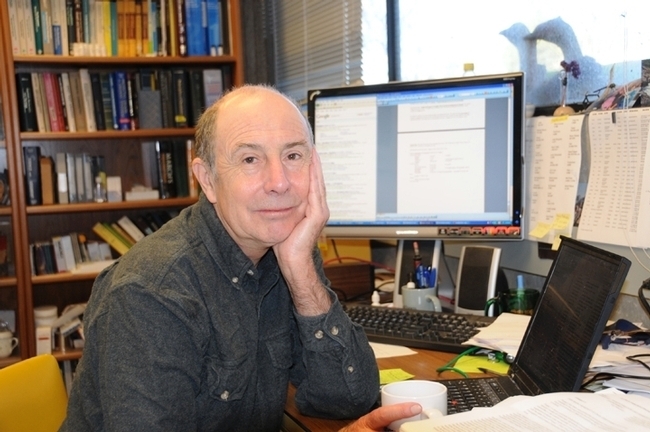 Bruce Hammock is a UC Davis distinguished professor of entomology with a joint appointment at the UC Davis Comprehensive Cancer Center. (Photo by Kathy Keatley Garvey) 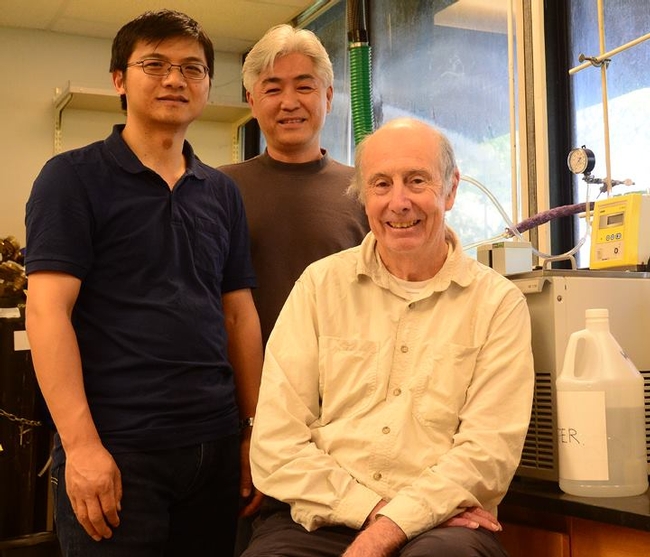