Bug Squad
sitenum=63
Happenings in the insect world
Honey! I Hardly Know You! Honey Flavor Wheel
Every time I see a golden jar of honey, I'm reminded of the Cordovan bee (Italian subspecies) that visited the Garvey bee garden back in 2010.

I managed to capture a photo of her and labeled the image "Golden Bee Nectaring on Lavender," because that's what she was doing. Nectaring on lavender. And she was golden, the most beautiful bee I've ever seen.

Other bees have almost lived up to the "gold standard," but not quite.

So when Amina Harris, director of the Honey and Pollinator Center, located in the Robert Mondavi Institute of Wine and Food Science, today announced the publication of the Honey Flavor Wheel, I immediately thought of my favorite golden bee and my favorite honey varietal:  starthistle. The starthistle is an exotic, invasive weed that farmers hate (and rightfully so) and beekeepers love (and rightfully so).

The flavor is exquisite. And the color is golden.

What's the Honey Flavor Wheel? Well, have you ever sampled wine and overheard the comments about it? You'll hear about the color, the clarity, the swirl, the aroma,  the taste and "the finish."

I've heard folks comment  "I taste a little corn...Oh, that's a puzzle to my palate."

A puzzle to me, too. I've never tasted "a little corn" in any glass of wine.

Now with the UC Davis Honey Flavor Wheel, you can describe the honey you're sampling.
“I have always been astonished by the range of flavors in honey,” Harris said. “And its aromas, too. Developing the wheel has been an astonishing learning experience at all levels. I now truly pay attention as I taste many different kinds of foods. I notice flavors from beginning to end.

“This gives a huge lexicon to the tastes and aromas we find when tasting honey,” Harris said.

The Honey Flavor Wheel production involved six months of research and development. “We brought together a group of 20 people--trained tasters, beekeepers and food enthusiasts--who worked together with a sensory scientist to come up with almost 100 descriptors,” Harris said. “This wheel will prove invaluable to those who love honey and want to celebrate its nuances.”

“I had one wonderful surprise during the tasting series. The sensory scientist we worked with, Sue Langstaff, had been to New Zealand and brought back several honeys. One was a wild flower called Viper's Bugloss. What an amazing aroma! Imagine sitting in a garden. The sun has just set. And the heady aromas of jasmine and  orange blossom together crowd the air. This is the scent of Viper's Bugloss. An astonishing honey. Now I want more!”

Harris' favorite honey?  Sweet clover, not to be confused with clover. “Sweet clover is a tall, five-foot wildflower that grows in profusion in Montana, the Dakotas and elsewhere in the high plains of the United States,” Harris said. “It is light in color, spicy with a wonderful cinnamon hit!"

“When we tasted it, one of our analytical panel members said: 'There is really only one word for this. Yum!'

The front of the colorful wheel shows the descriptors, including fruity, floral, herbaceous, woody, spicy, nutty, confectionary, caramel and earthy. No longer can you just say “sweet” when you taste honey or “sour, salty and bitter.”  If it's fruity, can you determine if it's berry, citrus, dried fruit, tree fruit or tropical fruit? If it falls into the confectionary category, can you pinpoint marshmallow, vanilla, maple, butterscotch, toffee, molasses, cotton candy, crème brûlée, burnt sugar or brown sugar?

There's even an “animal” category” where you can opine that your honey sample reminds you of a barnyard.

Retired Extension apiculturist Eric Mussen of the UC Davis Department of Entomology and Nematology, who has coordinated and conducted the annual honey tasting at the UC Davis Picnic Day for 38 years, remembers tasting buckwheat honey in Oregon that reminded him of “goat.”

“Maybe the honey bees drank goat pee,” he said, smiling.  “Actually, the environmental conditions where the plants are growing can have quite an effect on the odors and flavors of some honeys, while others just seem to be the same everywhere.  The ‘goat' honey that I tasted was buckwheat.  In many cases, buckwheat honey seems more similar to blackstrap molasses than anything else.  It is normally quite robust, but can be mild.  In some cases it has been described as having a ‘barnyard' odor and flavor--goat?  A search of websites suggests that the mild-tasting samples can become more pungent, with off-flavors developing if it's left sitting around for some time or if it's been heated.”

The back of the Honey Flavor Wheel relates how to taste honey and shares four honey profiles (Florida tupelo, California orange blossom, Northwest blackberry and Midwestern clover) “so the consumer can get an idea of how to use this innovative product,” Harris said.

The Honey Flavor Wheel, measuring 8.25 inches, sells for $10 each with all proceeds benefitting bee research at UC Davis. The wheel is available at the Robert Mondavi Institute for Wine and Food Science and soon will be available online, at the UC Davis Campus bookstore and at the downtown Davis Campus Bookstore.

This will be a definite conversation piece for all honey enthusiasts.

Now what if a honey enthusiast tasted both corn and goat...and a wine aficionado tasted both honey and goat?

And maybe a little starthistle thrown in for good measure... 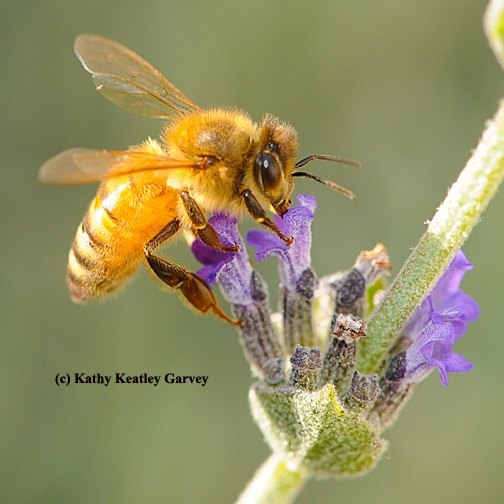 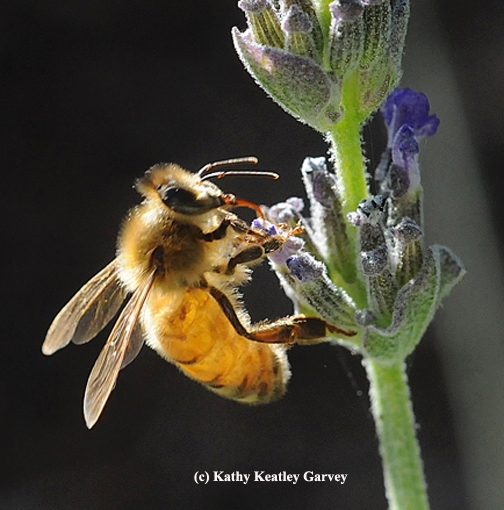 The UC Davis Department of Entomology came up with a song at its annual holiday party that drew roaring applause--and attention to bugs that either please or plague people.

"We attempted to keep the wording as close as possible for ‘The 12 Bugs of Christmas' and then we opted to spotlight some new agricultural pests in the next stanza," said Mussen, an Extension apiculturist and member of the UC Davis Department of Entomology faculty since 1976.

On the first day of Christmas, my true love gave to me, a psyllid in a pear tree.

On the second day of Christmas, my true love gave to me, two tortoises beetles and a psyllid in a pear tree

On the third day of Christmas, my true love gave to me, three French flies, two tortoise beetles and a psyllid in a pear tree

On the fourth day of Christmas, my true love gave to me, four calling cicadas, three French flies, two tortoise beetles and a psyllid in a pear tree

On the fifth day of Christmas, my true love gave to me five golden bees, four calling cicadas, three French flies, two tortoise beetles and a psyllid in a pear tree

Knowing the agony that Californians experience with the seemingly unending flood of pests, Mussen felt it "bugworthy" to add this verse:

"On the 13th day of Christmas, Californians woke to see:

Mussen, who led the department in song, made sure he pronounced and defined "Tropilaelaps clareae" before the sing-a-long.

"one of two Asian honey bee mites that we have not found in the U.S.," he told the crowd.

Mussen writes the bimonthly from the UC apiaries newsletter found on the department's website. 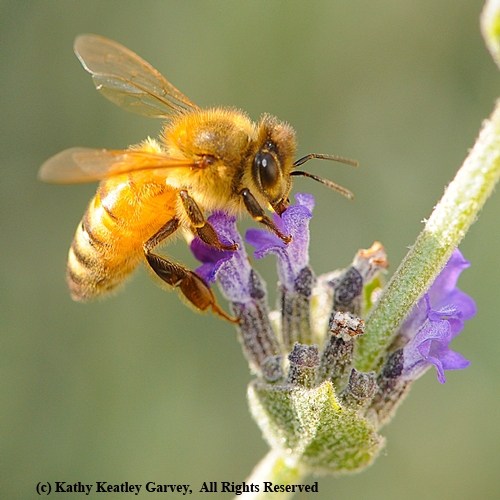