So said actor Clint Eastwood, as the character Harry Callahan, in the 1983 movie, Sudden Impact, after a robber grabbed a hostage.

"Dirty Harry" was known for blowing away the bad guys. Clashes and confrontations often ended with blow flies on bad guys.

Recently a green bottle fly that touched down on our daylily "made my day." The rich golden blossom and the red-eyed insect with its emerald-green metallic body seemed to go together nicely.

I know. I know. A green bottle fly (Phaenicia sericata) isn't exactly the poster child of the insect world, but it is pretty.

Pretty on a golden daylily after an autumn rain. 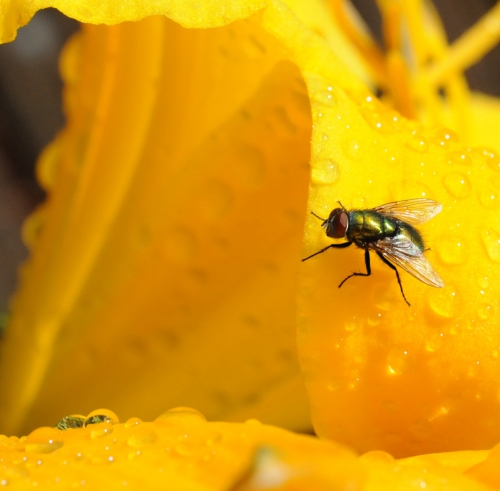 Blow fly on a daylily
A green bottle fly lands on a daylily after the rain. (Photo by Kathy Keatley Garvey) 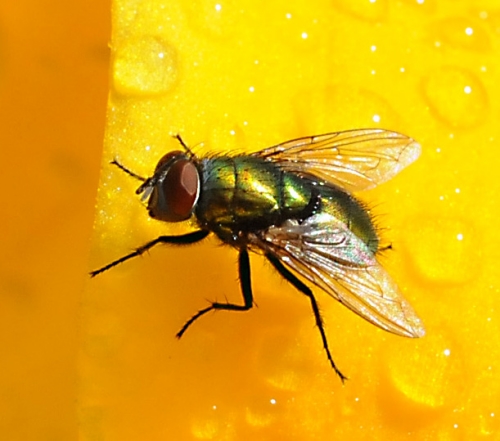