Remember the news published several years ago about a scientist who discovered a two-inch-long bat with a tongue longer than its body, so long that it had to tuck it into its rib cage?

Nathan Muchhala, who discovered the pollinator (yes, bats are pollinators!) in the Ecuadorian Andes, drew worldwide attention when he described Anoura fistulata in a 2005 paper. His work later appeared in the journal Nature (2006). Then The New York Times featured his discovery, headlining the piece with "For an Andean Nectar Feeder, a Tongue that Wags the Bat."

"That's about how long it would be if you were a certain kind of nectar-feeding bat."

Fast forward to today. Muchhala, now a postdoctoral scholar in the Stacey Smith lab in the Department of Biological Sciences, University of Nebraska, Lincoln, will be visiting UC Davis next week to present a seminar.

Muchhala will speak on “Bats, Birds, and Bellflowers: The Evolution of Specialized Pollination in the Neotropics” at the  UC Davis Department of Entomology seminar from 12:10 to 1 p.m., Wednesday, May 30  in 122 Briggs.

Muchhala says that the two-inch long bat, Anoura fistulata, found in the Equadorian Andes, can extend its tongue 3.3 inches. Proportionately, this bat's tongue is longer than any other mammal in the world. It is so long that it stores its tongue in its rib cage.

The bat nectars Centropogon nigricans, which has a corolla the same length as the bat's tongue. This flowering plant is found in Mexico and much of South America, including Argentina, Brazil, Chile and Peru.

Scientists believe that the bat and the plant evolved together, or why else would there be such a perfect match?

Meanwhile, plans call for videotaping Muchhala's talk and posting it on the UCTV website in a project launched by professor James R. Carey of the UC Davis Department of Entomology. 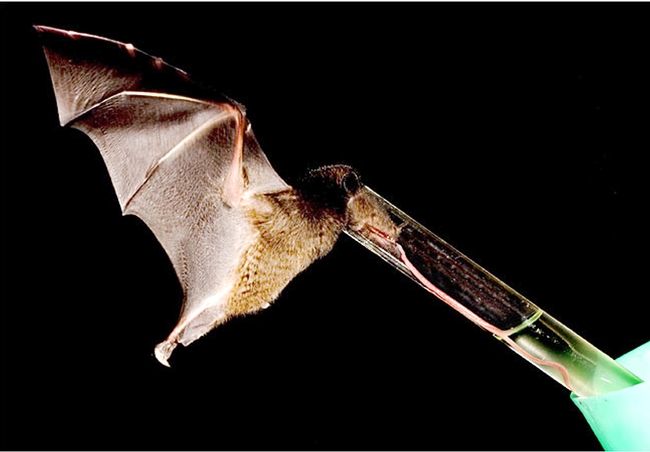 Nectar-feeding bat with a record-long tongue sips sugar-water from a tube. (Photo by Murray Cooper; photo courtesy of Nathan Muchhala) 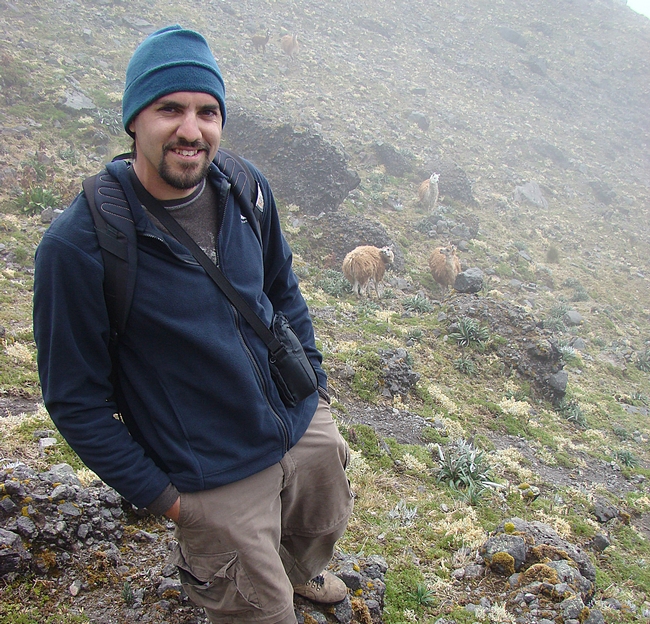