Mead is the world's oldest fermented beverage. (Photo courtesy of Mark Carlson)
Enthusiasm is building and buzzing for the California Master Beekeeper Program's online course, "An Introduction to Mead 2021," set from 9 a.m. to noon, Saturday, May 1.
Master Beekeeper Mark Carlson of the Bay Area will lead the May Day course, described as a basic introduction to the world's first fermented beverage: honey wine. (Access this link to register.)
Meet the mead maker and beekeeper.
Carlson, a San Francisco resident who has lived in the Bay Area for the last decade, developed an interest in beekeeping when he was an undergraduate at Cornell University in 2003.
"During the school year, honey bees and social insects were part of my studies and during the summers, I was conducting undergraduate field research on a mutualism between ants and membracids at the Rocky Mountain Biological Laboratory," Carlson related. "After graduation, I served as a Peace Corps Volunteer in El Salvador where I kept three Africanized honey bee colonies. I've owned a few hobby honey bee hives ever since."
In 2016, he passed one of the first Master Beekeeping Exams (Apprentice level) offered in California. "At the time, I was teaching an Introduction to Beekeeping class at Glide Memorial Church in downtown San Francisco for Konrad Bouffard (founder and CEO of Round Rock Honey)," he said. "A few years later, I passed the Journeyman level exam. I am currently enjoying my role as a contributing member of the Master Beekeeping community and have explored a few options for a capstone beekeeping project."
First Batch of Mead
Carlson made his first batch of mead in 2009 while living in Tucson, Ariz. "I've also been brewing beer on and off for the last decade. I am excited to share my most recent mead brewing experiences which have focused on single source honey."
No stranger to honey tastings and competitions, in 2016  Carlson chaired the inaugural honey competition for the Good Food Awards/Good Food Foundation. "I've been involved in this annual, nationwide honey competition ever since," Carlson commented. "Each year, we receive 50 to 100 honey submissions and facilitate a judging event. It's been especially fun to taste single source honeys from across the United States and I've become interested in honey and pollen analysis. I'll be returning as co-chair for the 2021 competition."
Carlson currently works for the Research and Development Department of a small, private company in San Francisco. His  recent research focused on electrochemistry and disinfection, "so I've become familiar with the various options for sanitizing brew equipment."
Family of Biologists and Naturalists
"I'm from a family of biologists and naturalists," Carlson related. "I was helping my father (an endangered fish specialist) sample freshwater fishes of New York as soon as I could walk and carry a bucket. My mother was a public school teacher specializing in environmental education. My brother and sister both have PhDs in biology and my sister specialized in pollination biology. As a result, we all enjoy physiology and monitoring native bees on our local blooms.:
Carlson encouraged his mother, who still lives in Northern New York, to take up beekeeping "and for the first time in 2021, her honey bees survived the long, cold winter," he said. He also mentors new beekeepers in San Francisco and volunteers at pollinator-themed public/school events. He's also authored bee-themed blog articles, delivered presentations and collaborates on bee-themed art projects.
The online course, $40 per ticket, is aimed at helping participants:

Special guest Michael Zilber, owner and mead maker at Heidrun Meadery, Point Reyes Station, "will join us at 11:15 to share his passion and lead us in a mead tasting," said Wendy Mather, program manager of the California Master Beekeeper Program (CAMBP).

Extension apiculturist Elina Lastro Niño of the UC Davis Department of Entomology and Nematology faculty directs CAMBP, which uses science-based information to educate stewards and ambassadors for honey bees and beekeeping. Its vision, as detailed on its website, is to train 2500 Apprentice beekeepers over the next five years "so they can effectively communicate the importance of honey bees and other pollinators within their communities, serve as mentors for other beekeepers, and become the informational conduit between the beekeeping communities throughout the state and UC Cooperative Extension (UCCE) staff." Check out the website for upcoming courses. For more information on the program, contact camasterbee@gmail.com. 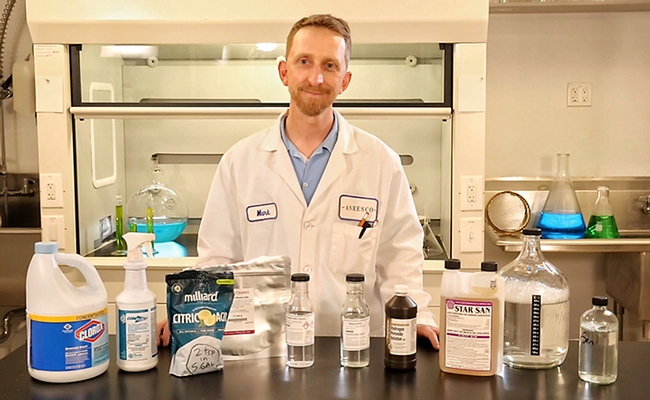 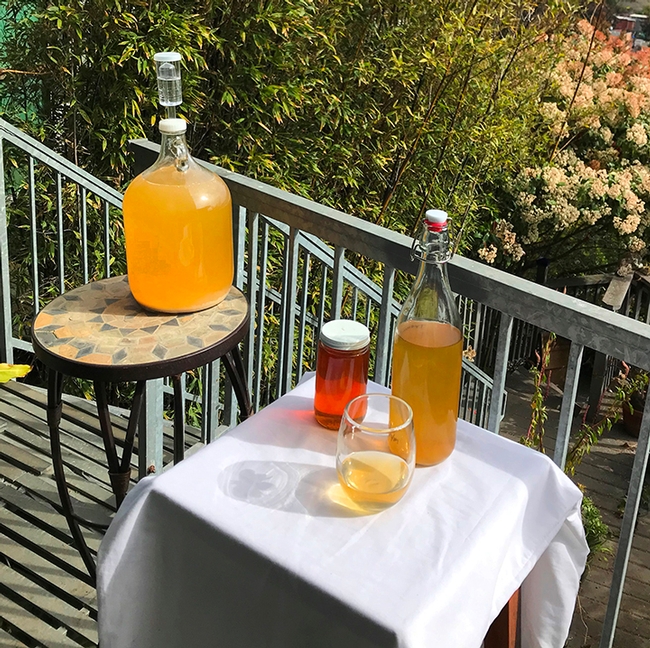