Bug Squad
sitenum=63
Happenings in the insect world
The Saga of the Milkweed, Bee and Caterpillar

So here's this tattered old worker bee seeking some nectar from the broadleaf milkweed, Asclepias speciosa. She looks as if she's not only been around the block a few times but around the county several dozen times. Her wings look too ragged to support her flight back to her colony. She'll probably live just a few more days. Worker bees live only four to six weeks in the peak season, and this is the peak season.

She bends her head and sips nectar, only to realize she is not alone. She encounters long antennae...the long antennae of a monarch caterpillar munching on a  blossom. Whose plant is this? The bee wants the nectar. The monarch caterpillar wants the entire plant. This is the larval host plant of the monarch butterfly, Danaus plexippus. The caterpillars turn into veritable eating machines, devouring the leaves, flowers and some of the stems.  Without milkweed, no monarchs. It's a matter of survival.

The tattered old bee touches antennae with the hungry caterpillar--Well, hello, there, dining companion!--and she backs off. There will be another blossom--if she moves quickly to claim it.

Another bee, this one much younger than the senior citizen bee, buzzes over to nearby blossom while another caterpillar, partially hidden, munches away. The bee gets stuck in the sticky mass of gold pollinia and struggles to free herself, just as another bee flies off with some of that gooey "winged" substance, anchoring her flight. She will remove it. She will return. The nectar is too enticing.

Just another chapter in the Saga of the Milkweed, the Bee and the Caterpillar... 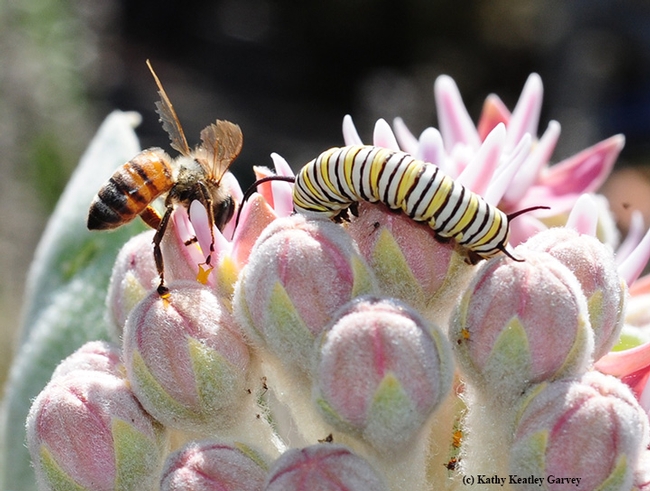 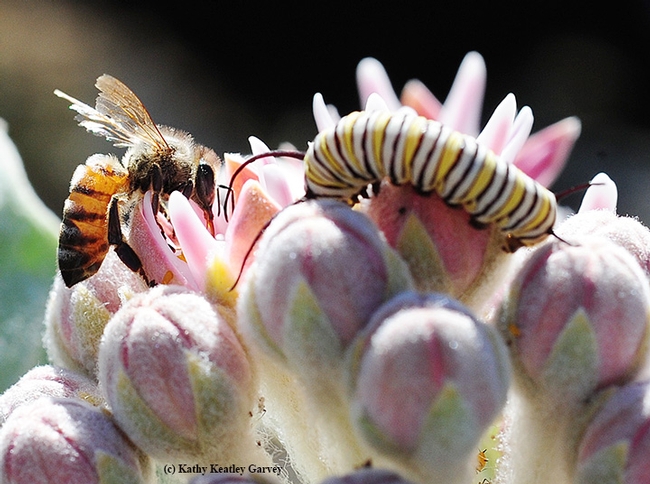 "Well, hello, there!" The antennae of the bee and monarch caterpillar touch. (Photo by Kathy Keatley Garvey) 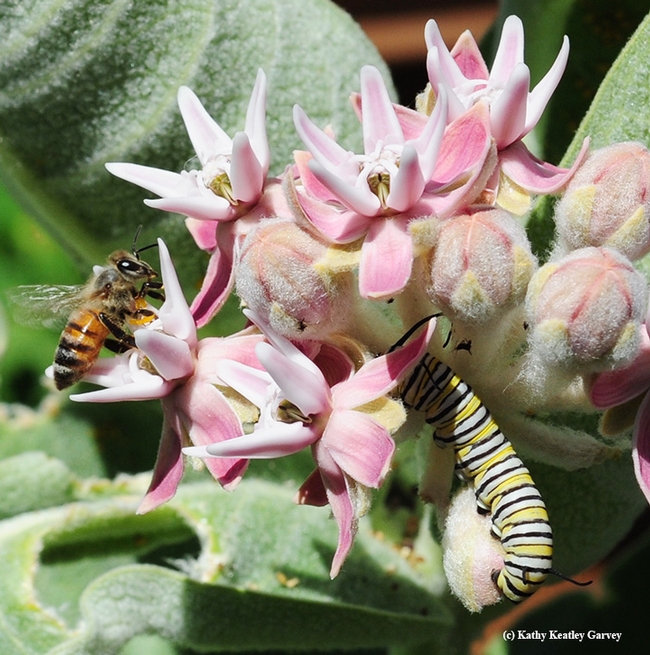 A honey bee gets stuck in the sticky pollinia of the milkweed as a monarch caterpillar keeps munching away. (Photo by Kathy Keatley Garvey) 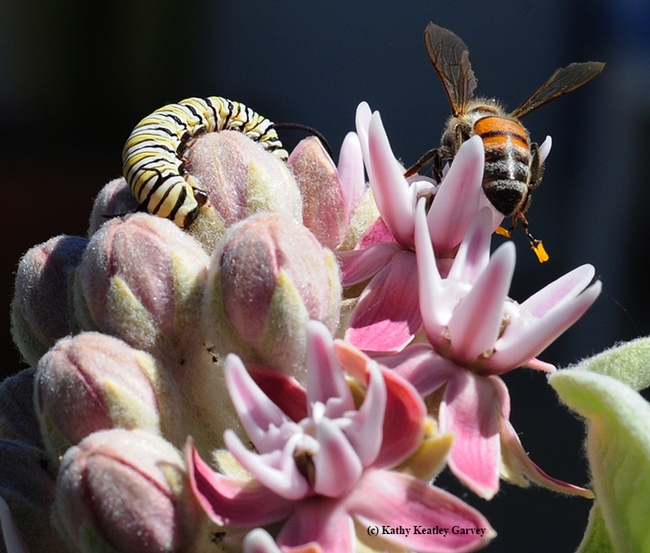