A scientist at the Bohart Museum of Entomology, UC Davis, holds a fluorescent scorpion. (Photo by Kathy Keatley Garvey)
Everyone knows that scorpions are venomous--some are more venomous than others--and that they fluoresce under ultraviolet light.

But did you know that scorpions are the oldest living terrestrial arthropods on the planet--that they're approximately 400 million years old? And that these "living fossils" were here before the dinosaurs?

And, did you also know that scorpions are the only arachnids that give birth to live young?

Scorpion scientist Lauren Esposito of the California Academy of Sciences, will reveal those facts--and much more--when she discusses her research at the UC Davis Department of Entomology and Nematology seminar on Wednesday, Feb. 27.

Esposito, assistant curator and Schlinger chair of Arachnology at the California Academy of Sciences, San Francisco, will speak on "Evolution of New World Scorpions and Their Venom" from 4:10 to 5 p.m. in 122 Briggs Hall. Host is Jason Bond, Evert and Marion Schlinger Endowed Chair in Insect Systematics, UC Davis Department of Entomology and Nematology.

Scorpions are just about everywhere; they're found on every continent except Antarctica. In fact, they're found in every ecosystem on the planet, from cave systems below sea level to the peaks of the Alps and the Andes, Esposito says. Although scientists have described 2,200 species of scorpions, Esposito estimates that this number encompasses only 60 percent of the group's total diversity. In her research, she's trying to fill in that taxonomic gap.

Scorpions first drew Esposito's interest in her childhood. Both her parents are biologists. She remembers visiting her grandparents on a remote island in the Bahamas. “The most dangerous things on the island were ants and scorpions, so it was a pretty ideal place for a child to explore,” she quips on the Cal Academy website.

Esposito served a summer undergraduate internship in arachnology at the American Museum of Natural History (AMNH), and did volunteer work at a field station in the Chihuahuan Desert. She returned to AMNH to complete her doctorate in arachnology, and then completed a postdoctoral fellowship studying the biogreography of scorpions in the Caribbean. In 2015, she accepted an arachnologist position at the Cal Academy.

"For the past several years, Esposito has studied the evolution and geographical distribution of scorpions in the Caribbean," according to the Cal Academy website. "She suspects the string of islands played a significant but underappreciated role in producing the biodiversity currently found in North and South America.  Because scorpions are essentially 'living fossils,' they're ideal organisms to study to decipher this larger relationship. Understanding the biodiversity of this region in a time of rapid agricultural development is a key step toward sustaining it for sustaining it for future generations."

Esposito marvels that a single scorpion "can carry the genes for more than 200 unique venoms in its DNA." She describes those venom varieties as "like protein cocktails, mixed to affect specific mammals, insects, and crustaceans."

“Researchers think that scorpions eject venoms with different compositions depending on the scenario," she says. "If they encounter a predator, they'll eject one combination, and if they encounter prey, a different one.” The venom's effects? Pain, temporary paralysis, or death.

“Looking at how this venom diversity evolved helps us understand how one creature can evolve the ability to strike hundreds of specific targets,” explains Esposito. “There's a kind of evolutionary arms race happening between scorpions and mammals, particularly with predatory, nocturnal scorpion mice.”

Cal Academy's YouTube video on The Anamolies: Venom Race points out that although "the stings of most scorpions are harmless to humans, a select few can be fatal. Striped bark scorpions, a group of species found in the southwestern U.S. and northern Mexico, inflict on average 100,000 stings and, until recently, caused more than a thousand deaths each year in Mexico alone. While finding a treatment to this public health concern has been a driving force behind studies of bark scorpion venom, there was one very basic question that had scientists scratching their heads: Why and how would such a tiny creature pack such a lethal punch? Now, researchers, including Lauren Esposito, curator of Arachnology at the California Academy of Sciences, think they've found the answers in the interplay between a diminutive but dauntless predator—a mouse that has a particular taste for these venomous invertebrates—and the scorpions' own genetic makeup."

Check out these other incredible videos on the Cal Academy website: 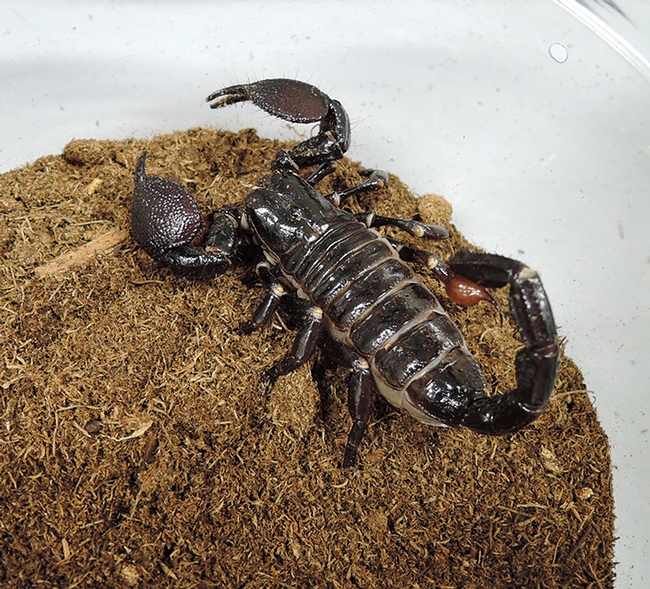 Scorpions are often difficult to find without the aid of ultraviolet light. (Photo byKathy Keatley Garvey) 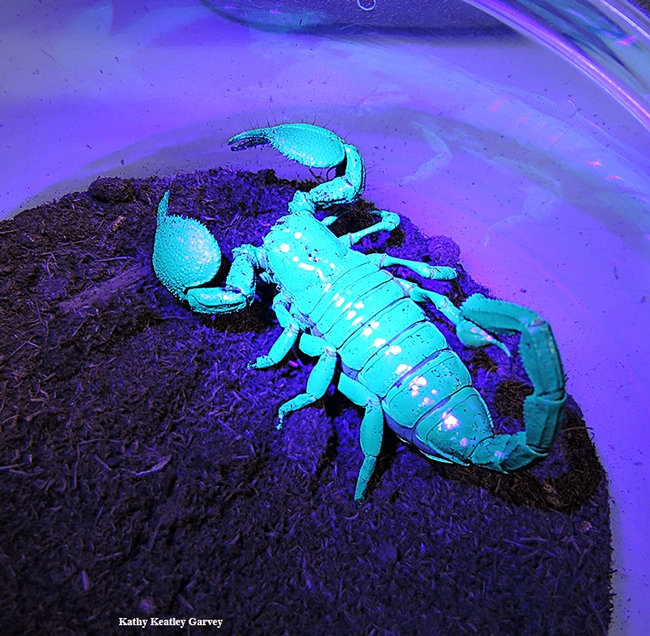 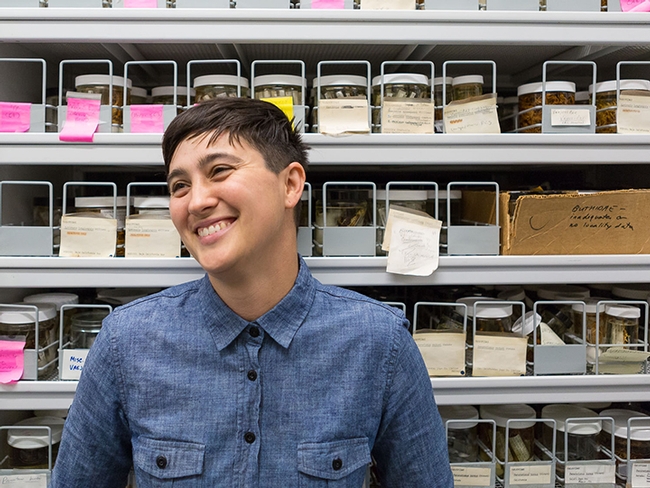