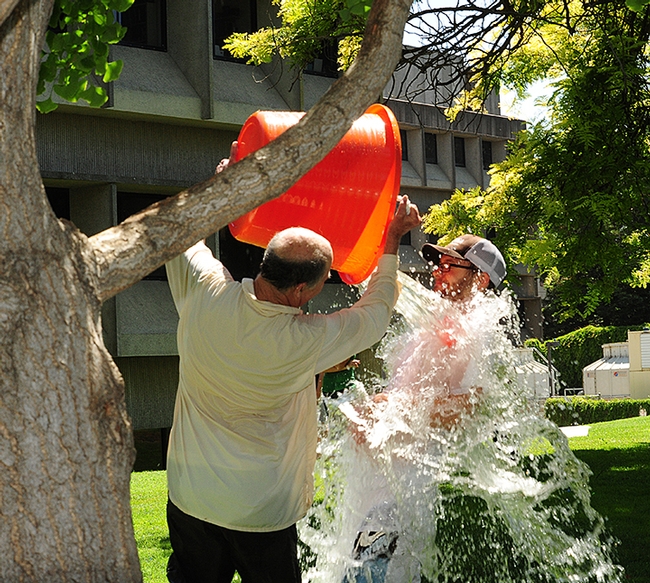 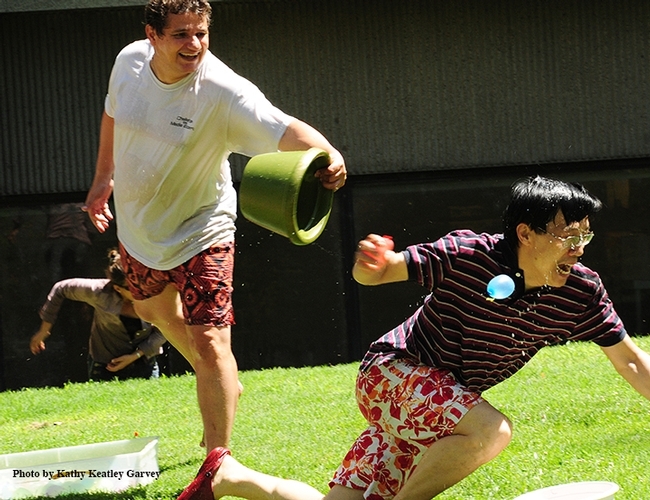 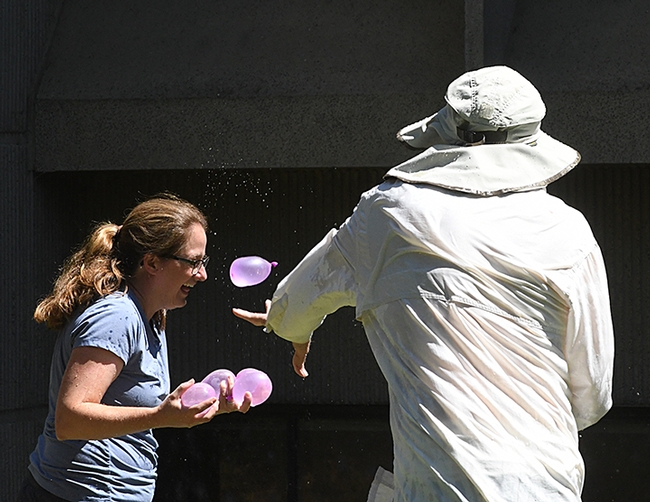 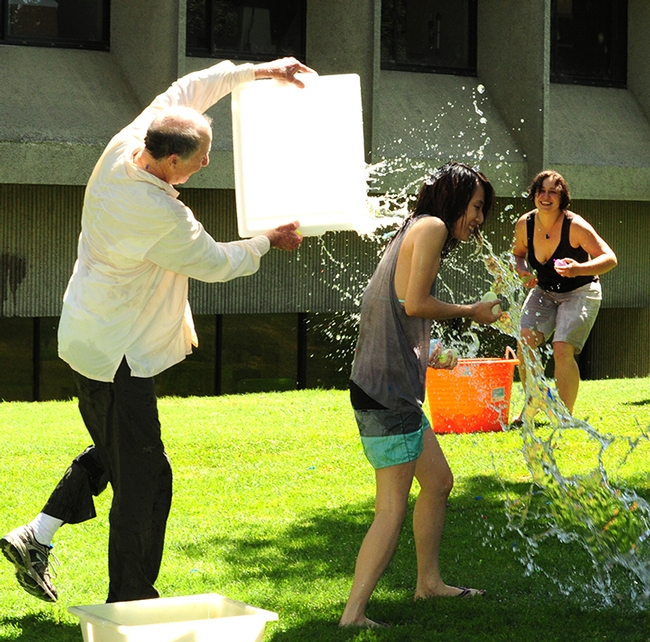 In this 2017 photo, Bruce Hammock douses Louisa Lo, who was his executive administrative assistant before moving to Michigan with her family. Her husband, Kin Sing Stephen Lee, is is on the faculty of Michigan State University's Pharmacology and Toxicology, while she is an administrative assistant at the university. (Photo by Kathy Keatley Garvey)
Focus Areas:
Focus Area Tags: Family, Health
Tags: Bruce Hammock (60), Christophe Morisseau (6), splash brothers (2), UC Davis Comprehensive Cancer Center (7), UC Davis Department of Entomology and Nematology (477), Water Balloon Battle at Briggs (1), water warriors (4)
Comments: 0
The UC Davis Version of 'The Splash Brothers' 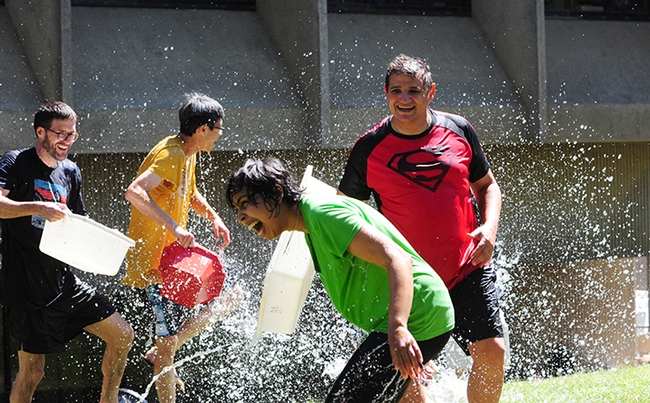 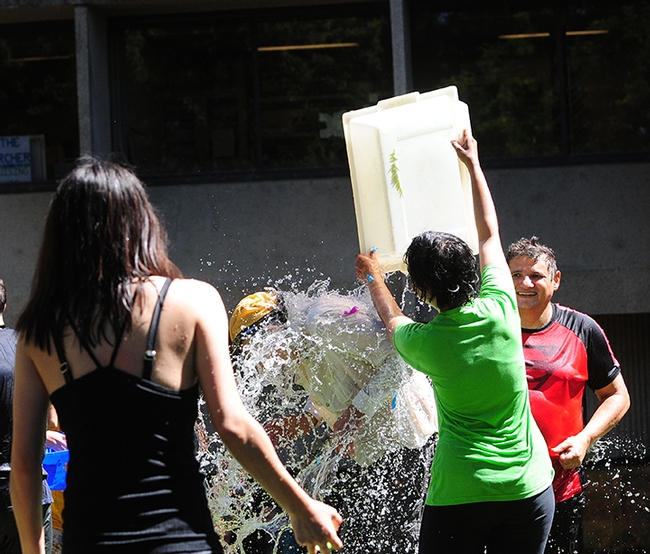 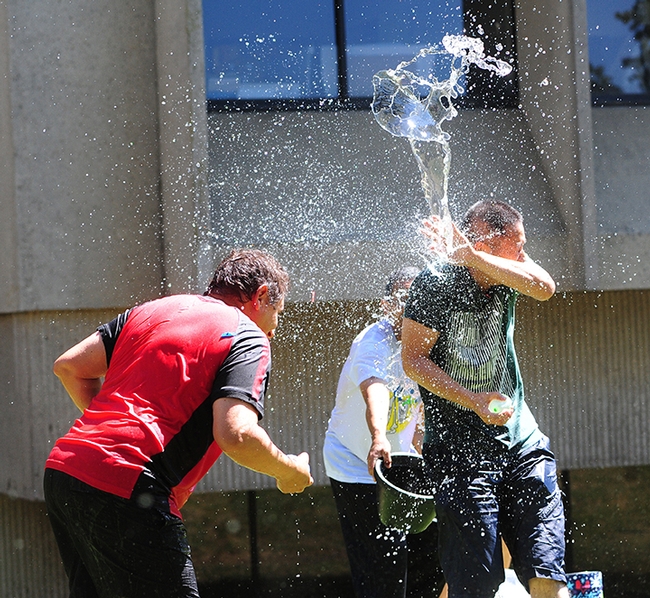 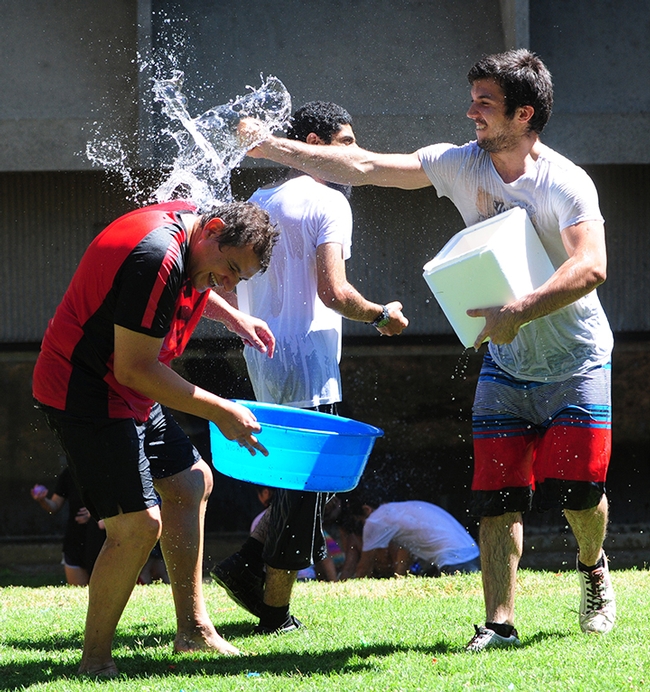