Entomology & Nematology News
sitenum=270
UC News about Entomology and Nematology.
Bohart Museum Has Its Own 'Bear' Flag
Published on: February 13, 2019 Charlotte Herbert Alberts
The California State Bear Flag has nothing on the Bohart Museum of Entomology's Bear Flag.

Alberts is an entomology doctoral candidate who studies Asilidae (Assassin flies) with her major professor, Lynn Kimsey,   director of the Bohart and UC Davis professor of entomology.  Alberts' work is a take-off of the California Bear Flag, except hers features an entomologist, insect net in hand, riding a huge tardigrade. 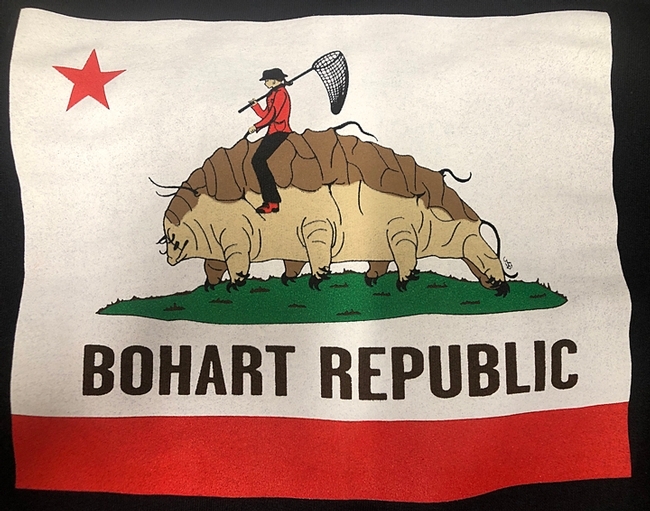 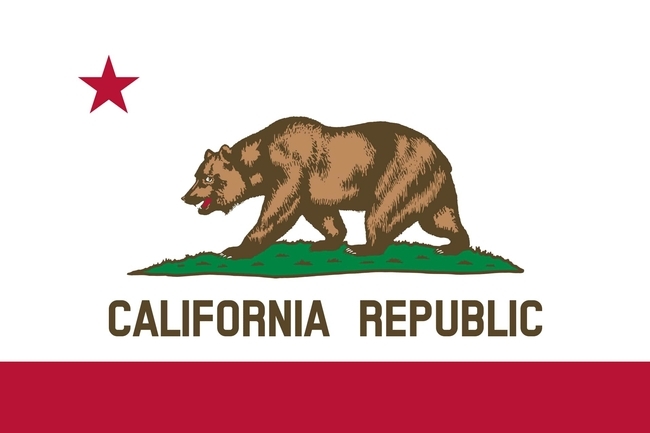