Integrated management specialist Frank Zalom, president of the 7000-member Entomological Society of America (ESA), and a distinguished professor in the UC Davis Department of Entomology and Nematology, delivered two presentations at the 25th Brazilian Congress of Entomology (BCOE) conference held Sept. 14-18 in the Goiania Convention Center.

As the ESA president, he invited the BCOE participants to attend the 62nd annual ESA meeting, set Nov. 16-19 in Portland, Ore.  The theme is “Grand Challenges Beyond Our Horizons.”

Also at the Brazilian meeting, Zalom presented a talk on the North American invasion of the spotted wing drosophila, Drosophila suzukii, during a symposium on invasive insects.

Christian Nansen, the newest faculty member of the UC Davis Department of Entomology and Nematology, also was an invited speaker, discussing "The Use of Remote Sensing Technologies in Basic and Applied Research of Insect Pests in Production Systems of Grains and Fibers." He joins the UC Davis faculty from the School of Animal Biology, University of Western Australia.

Chemical ecologist Walter Leal, professor in the UC Davis Department of Molecular and Cellular Biology and co-chair of the 2016 International Congress of Entomology (ICE 2016), delivered  the plenary lecture and a talk on ICE 2016. He invited the Brazilian Congress to attend ICE 2016, set Sept. 25-30, 2016 in Orlando, Fla. It promises to be the world's largest gathering entomologists, he said.

This was the first time in the history of entomology that an ESA President, vice president and the two most recent past presidents attended a Brazilian Congress of Entomology

Also a first: the Brazilian meeting featured an EntomoQuiz, a version of the Linnaean Games, a quiz-show competition about science and insects featured at the ESA annual meetings for more than three decades.

Among the other ESA representatives participating at the Brazilian meeting were

In the third photo below (the template does not allow the full description) are: 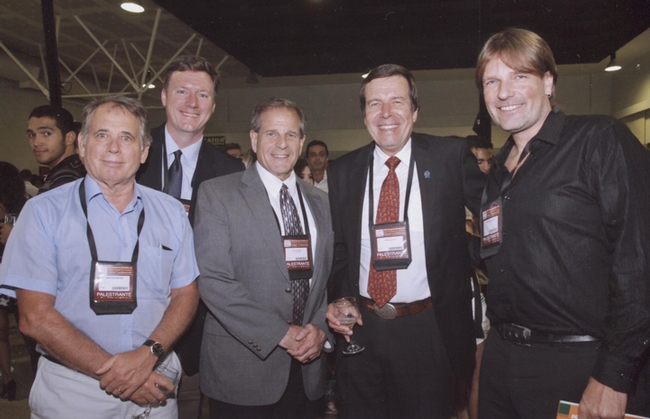 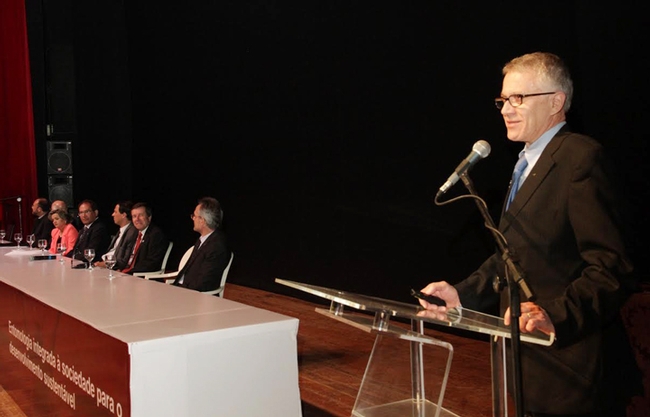 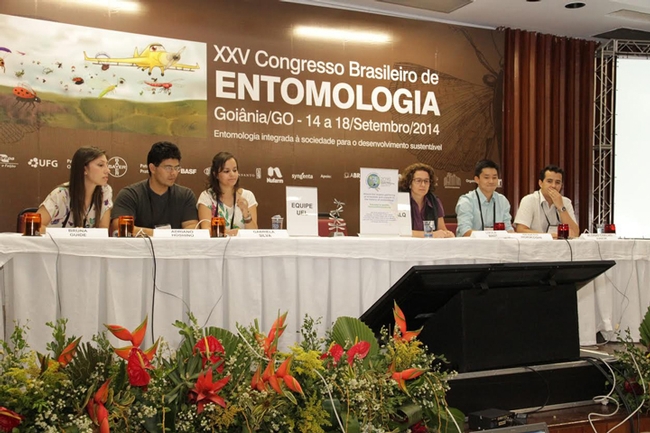