“Honey bees exhibit complex social behavior that rivals our own,” Page says. “It is fundamentally bound within a social contract much like ours that makes the basic social structure inescapable, a consequence of living together in family groups. Social structures evolve by natural selection operating on the final product, the colony as a reproductive unit. The structures themselves are reverse engineered.”

“I will show how selection on the economy of the colony shapes structures from nest and social architecture to gene networks.”

Born and reared in Bakersfield, Kern County, Rob received his bachelor's degree in entomology, with a minor in chemistry, from San Jose State University in 1976. After obtaining his doctorate from UC Davis in 1980, he served as assistant professor at The Ohio State University before joining the UC Davis entomology faculty in 1989 as an associate professor. He began working closely with Harry H. Laidlaw Jr., (the father of honey bee genetics) for whom the university's bee facility is named. Together they published many significant research papers.

Highly honored by his peers, Page is a fellow of a number of organizations, including the American Association for the Advancement of Science, the California Academy of Sciences, the Entomological Society of America, and organizations in Germany and Brazil. He received the Alexander von Humboldt Senior Scientist Award, known at the Humboldt Prize, the highest honor given by the German government to foreign scientists. He received the 2018 Thomas and Nina Leigh Distinguished Alumni Award from UC Davis Department of Entomology and Nematology. 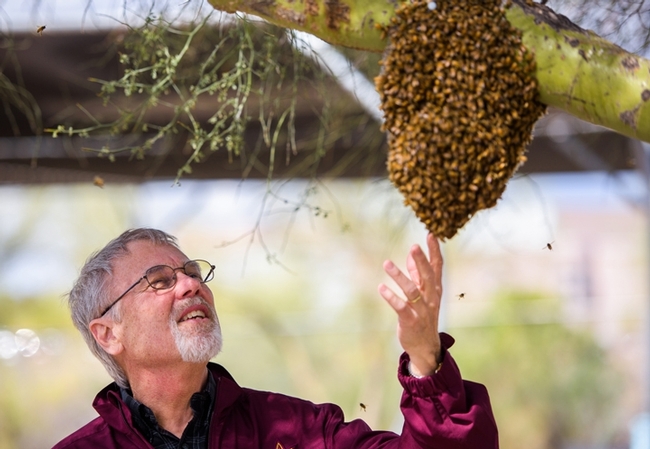