Mosquito researcher Sandy Olkowsi in front of a white board messaged with dengue research. She is a four-time recipient of the Bill Hazeltine Student Research Award: 2012, 2013, 2015 and 2016. (Photo by Kathy Keatley Garvey)
For the second consecutive year, UC Davis graduate students Sandy Olkowski, Stephanie Kurniawan and Maribel "Mimi"  Portilla of the Department of Entomology and Nematology are recipients of the Bill Hazeltine Student Research Awards, memorializing a medical entomologist who worked tirelessly in mosquito research.

The three recently lunched at a Davis restaurant with Hazeltine's sons, Craig of Scottsdale, Ariz.,and Lee Hazeltine of Woodland. The graduate students discussed their research and goals and thanked them for the Hazeltine family's support. "For example, environmental manipulation is a classic pest control technique, yet the indirect effects of changing the environment are not always well understood. I am focusing on how the management practices of the invasive exotic weeds, Brazilian waterweed (Egeria densa) and water hyacinth (Eichhornia crassipes), in the Sacramento-San Joaquin Delta impact mosquitoes and their habitat. My goal is to better understand the ecology of these management practices in order to inform and create better techniques to reduce both mosquito and weed problems." 
William Emery Hazeltine II (1926-1994), for whom the Bill Hazeltine Student Research Award is named, worked tirelessly in mosquito research. He managed the Butte County Mosquito Abatement District, Oroville, from 1966 to 1992, and the Lake County Mosquito Abatement District from 1961-1964. He was an ardent supporter of the judicious use of public health pesticides to protect public health.

Prior Recipients of Hazeltine Awards: 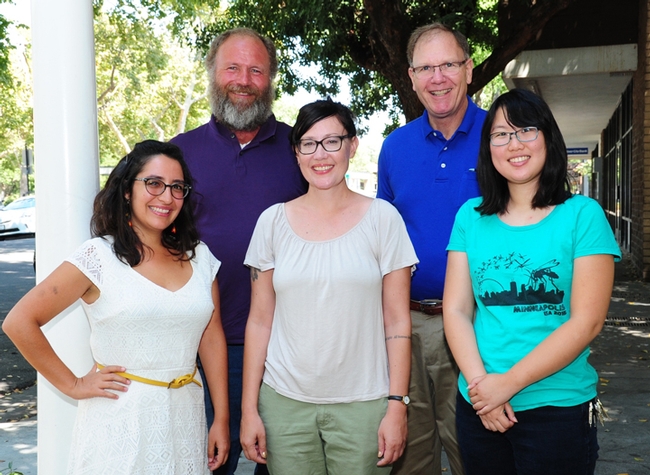