Miridae, a company founded and owned by UC Davis-trained ecologist Billy Krimmel, won the highly competitive 2020 Award of Excellence for Communication from the American Society of Landscape Architects (ASLA) for its Seed Bank Living Wall at DPR Construction, Sacramento.

The ASLA awards, judged by a jury of professionals, honor the best in landscape architecture from around the globe. ASLA celebrated the winners at its conference, held Oct. 2-5 in Miami Beach, Fla.

A number of nationally known landscape architecture firms competed for the award “which is some nice icing on the cake!”  commented Krimmel, who founded the company in 2015, a year after receiving his doctorate in ecology from UC Davis.

Miridae, led by UC Davis and Stanford graduates, is a diverse and interdisciplinary team of ecologists, landscape architects and builders.

The seed bank, using California native species, challenges the concept of a typical ‘living wall' by highlighting dormant seeds as living plants instead of the leaves and stems normally associated with living plants, Krimmel said.

With a collaborative team of artists and fabricators, Krimmel and his team challenged the look and feel of the traditional “green” living wall and instead proposed a living wall of dormant plant seeds.

Krimmel describes the project as “a celebration of place,” specifically Sacramento's Central Valley. The project is located at DPR's midtown Sacramento location at 1801 J St.

“The dormant seeds in the wall, physically held within the roots of each highlighted plant species, may extend beyond the life of the building,” Miridae writes on its website. “It is a reserve for the future and a concept that challenges how we think about what an individual plant is and how we cohabitate with nature.”

The concept “arms our client, DPR Construction, with a new mission to support native habitat!” Krimmel said. DPR, founded in 1990, is a national technical builder that specializes in highly complex and sustainable projects. Its Sacramento headquarters are at the corner of 18th and J streets. DPR is named for its founders, Doug Woods, Peter Nosler and Ron Davidowski (the D, P and R).

Featured in Magazine and Website
Landscape Architecture Magazine spotlighted the Miridae project in a full-page spread in the print copy, and it is also featured on ASLA's website.

From the ASLA website: “Our project began with a call for a ‘living wall' from a prominent national construction company moving their regional headquarters to Downtown Sacramento. They wanted a living wall that was sustainable, provided a sense of location, and required little maintenance. We wanted to create something that motivated the company to use habitat-crucial native plants in their construction projects and that would highlight the beauty and the benefits of these often-overlooked species. Thus, we decided to pursue a different concept for this living wall, one we have titled, the Seed Bank. Challenging the design standard that highlights the leaves, stems, and flowers we typically associate with plants, the Seed Bank uses dormant, live seeds of important California native species to highlight the unseen elements of these plants and to organize them in a spatially-explicit way that ties the local species to their natural and potential distributions.”

The native plants used in the Seed Wall:

Creating Habitat for Native Species
Krimmel founded the company with the intention of “creating habitat for native species within human-occupied areas and engaging people with the species interactions occurring in these habitations.”

The name, Miridae, is Latin for a family of insects known as “plant bugs,” or mirids, which Krimmel researches. One of the most well-known mirid is the lygus bug, a serious pest of cotton, strawberries and alfalfa.

Of his company, Krimmel says: “We create habitat for, and engage people with, native plants and the wildlife they support. We do this by tying together design, science, and high-quality construction to create landscapes that are beautiful, resilient, and ecologically powerful.”

His goal, with each project, is to “come one step closer to creating a network of habitat gardens and migration corridors to support resilient populations of native species.”

At UC Davis, Krimmel studied with Jay Rosenheim, distinguished professor, Department of Entomology and Nematology. Focusing his research on native plant-insect interactions, he wrote his dissertation on “Plant Traits and Plant-Herbivore-Omnivore Interactions.” He holds a bachelor of science degree in human biology (2008), with honors, from Brown University, Providence, RI.

With Miridae, he has overseen the design and building of more than 150 landscape projects throughout the Sacramento and Bay Area regions. He has severed as a board member and chair of outreach and development for the California Native Grasslands Association since 2015.

The UC Davis alumnus regularly presents at the Wildflowers and Conservation Biology to American River College, and the Waterwise Gardening Workshop series by the Yolo Research Conservation District. He also presents at a UC Davis course, Natural RX, discussing nature's healing abilities; and at the Hedgerow Farms Field Day on insect interactions in native gardens. 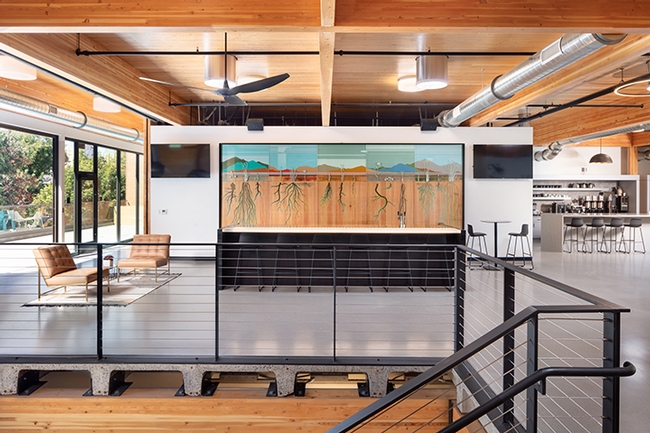 This is Miridae's Seed Bank Living Wall at DPR Construction that won the America Society of Landscape Architects' Award of Excellence. The annual contest draws entries from around the world. (Photo by Chad Davies) 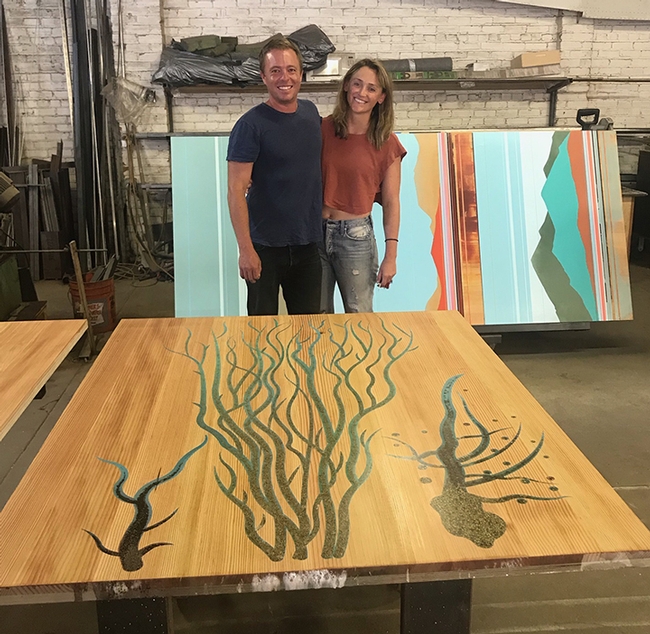 Billy Krimmel and his wife, Tyler Whitmire, with the Seed Wall project in progress. (Photo by Morgan Kennedy) 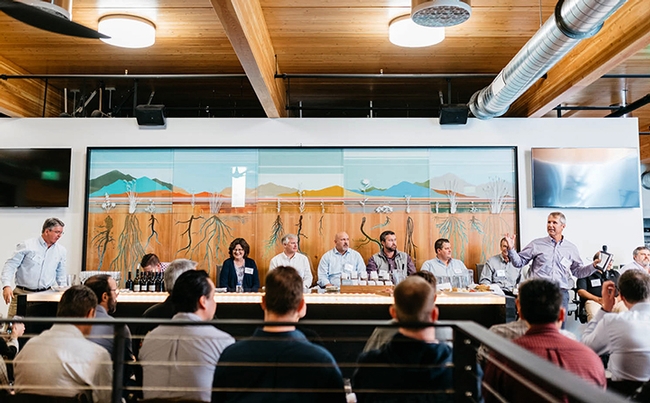