The nine-member research team, led by Frank Schroeder, a BTI professor and also a professor in Cornell University's Department of Chemistry and Chemical Biology, detailed how plants speak “roundworm language” for self-defense. The work is published Jan. 10 in the journal Nature Communications.

The researchers studied chemicals called ascarosides, which the worms produce and secrete to communicate with each other. Williamson helped analyze the data and helped make some key insights toward the paper's conclusions, the BTI scientists related.

The team found that plants “talk” to nematodes by metabolizing ascarosides and secreting the metabolites back into the soil.

“It's not only that the plant can ‘sense' or ‘smell' a nematode,” Schroeder said in a BTI news release. “It's that the plant learns a foreign language, and then broadcasts something in that language to spread propaganda that ‘this is a bad place.' Plants mess with nematodes' communications system to drive them away.”

The study built on the team's previous work showing that plants react to ascr#18 – the predominant ascaroside secreted by plant-infecting nematodes – by bolstering their own immune defenses, thereby protecting them against many types of pests and pathogens.

In those earlier studies, “We also saw that when ascr#18 was given to plants, the chemical disappears over time,” according to lead author Murli Manohar, a senior research associate at BTI.

That observation, along with published literature suggesting plants could modify pest metabolites, led the team to hypothesize that “plants and nematodes interact via small molecule signaling and alter one another's messages,” Schroeder said.

To probe that idea, the team treated three plant species – Arabidopsis, wheat and tomato – with ascr#18 and compared compounds found in treated and untreated plants. They identified three ascr#18 metabolites, the most abundant of which was ascr#9.

The researchers also found Arabidopsis and tomato roots secreted the three metabolites into the soil, and that a mixture of 90% ascr#9 and 10% ascr#18 added to the soil steered nematodes away from the plant's roots, thereby reducing infection.

The team hypothesized that nematodes in the soil perceive the mixture as a signal, sent by plants already infected with nematodes, to “go away” and prevent overpopulation of a single plant. Worms may have evolved to hijack plant metabolism to send this signal. Plants, in turn, may have evolved to tamper with the signal to appear as heavily infected as possible, thereby fooling would-be invaders.

“This is a dimension of their relationship that no one has seen before,” said Manohar. “And plants may have similar types of chemical communication with other pests.”

Although the mixture of ascr#9 and ascr#18 could serve as a crop protectant, Schroeder said there should be no detriment to using straight ascr#18 on crops, as described in the team's earlier research.

“Ascr#18 mainly primes the plant to respond more quickly and strongly to a pathogen, rather than fully inducing the defensive response itself,” he said. “So there should be no cost to the plant in terms of reduced growth, yield or other problems.”

The team also showed that plants metabolize ascr#18 via the peroxisomal β-oxidation pathway, a system conserved across many plant species.

“This paper uncovers an ancient interaction,” Schroeder said. “All nematodes make ascarosides, and plants have had millions of years to learn how to manipulate these molecules.”

He added: “Plants aren't passive green things. They are active participants in an interactive dialog with the surrounding environment, and we will continue to decipher this dialog.”

These discoveries are being commercialized by a BTI and Cornell University-based startup company, Ascribe Bioscience, as a family of crop protection products named PhytalixTM.

Scientists affiliated with four institutions--BTI, Cornell, UC Davis and the USDA's Robert W. Holley Center for Agriculture and Health--co-authored the paper. Grants from USDA and the National Institutes of Health funded the research. 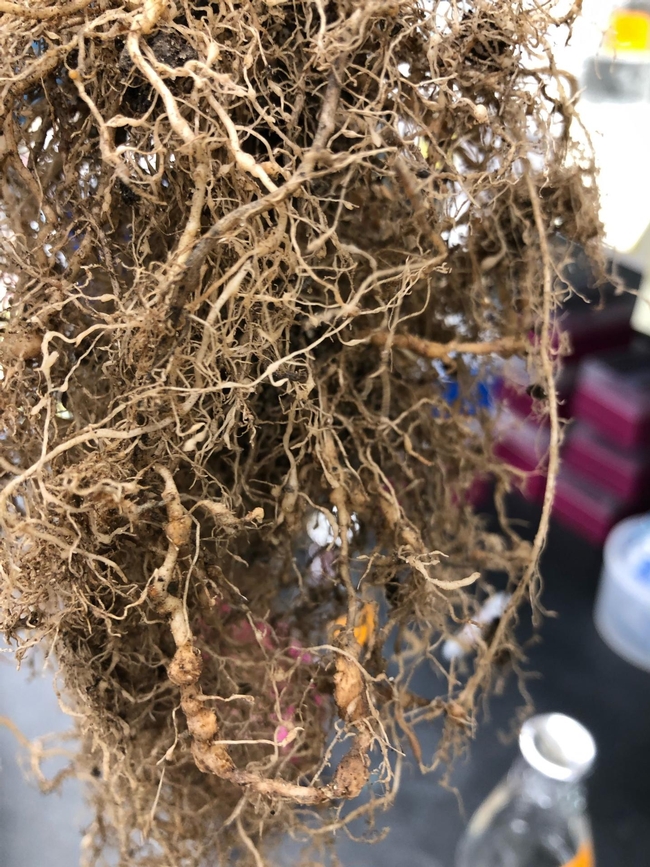