Williams is one of 13 Fellows in the Class of 2019, which also includes UC Davis physician Emanual Maverakis of the UC Davis School of Medicine's Department of Dermatology, nominated by Walter Leal, distinguished professor,  UC Davis Department of Molecular and Cellular Biology. The Fellows will be inducted at the organization's annual meeting and gathering on Oct. 15.  The academy, a scientific and educational institution based in San Francisco's Golden Gate Park, is dedicated to exploring, explaining, and sustaining life on earth. The Fellows extend the academy's impact on research, public engagement, and education.

The UC Davis professor is co-chair of the seventh annual International Pollinator Conference (with Extension apiclturist Elina Lastro Niño). a four-day conference focusing on pollinator biology health and policy. It is set from Wednesday, July 17 through Saturday, July 20 in the UC Davis Conference Center. The conference, themed “Multidimensional Solutions to Current and Future Threats to Pollinator Health,” will cover a wide range of topics in pollinator research: from genomics to ecology and their application to land use and management; to breeding of managed bees; and to monitoring of global pollinator populations.

Williams seeks and finds found common solutions for sustaining both wild and managed bees and communicates that information to the public and stakeholder groups. Said Carey: “This is a critical perspective in natural and agricultural lands, but also in urban landscapes in northern and southern California.”

Each year Williams speaks to multiple beekeeper, farmer and gardener groups, and provides guidance to governing bodies, including the state legislature, and environmental groups. He and his lab are involved in a newly initiated California Bombus assessment project (https://calibombus.com/), which is using both museum and citizen scientist records to understand past, current and future distributions and habitat use by bumble bees. This program will host a series of workshops this spring and summer open to practitioners and the public.

Williams received his doctorate in ecology and evolution in 1999 from the State University of New York, Stony Brook and served as an assistant professor in the Department of Biology at Bryn Mawr (Penn.) College from 2004 to 2009. He joined the UC Davis faculty in 2009, advancing to full professor in 2017. He began making his mark early in his career. In 2013, he and several UC Davis honey bee colleagues won the Team Research Award from the Pacific Branch, Entomological Society of America (PBESA). In 2015, the UC Davis chancellor singled him out as one of the 11 Chancellor's Fellows; the five-year of $25,000 supported his research, teaching and public service activities. This year Williams received PBESA's Plant-Insect Ecosystems Award, presented annually for outstanding accomplishments in the study of insect interrelationships with plants.

In addition to Carey, other Fellows of the Academy from the UC Davis Department of Entomology and Nematology include 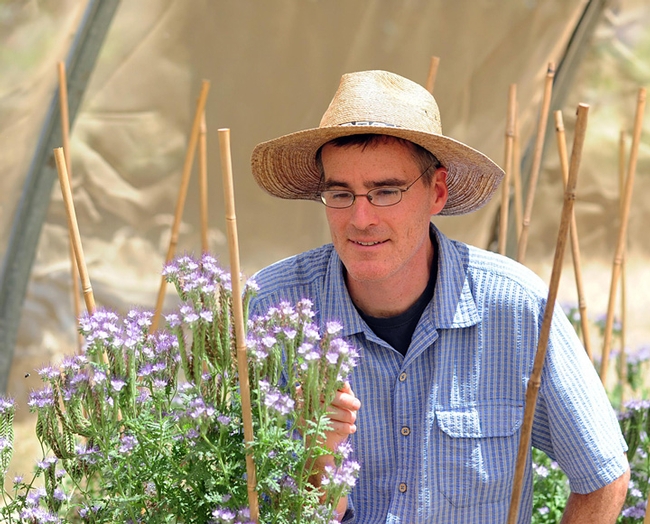