Soapberry bugs, also known as red-shouldered bugs (Jadera haematoloma) are found throughout much of the world. This photo of mating soapberry bugs was taken in March 2015 just outside the Storer Garden, UC Davis Arboretum. (Photo by Kathy Keatley Garvey)
DAVIS--Soapberry bugs are a classic evolutionary example of how rapidly insects can switch hosts, adapting from a native to an invasive plant.

Now newly published UC Davis research shows that soapberry bugs have not only lost adaptations to their native host plant but are regionally specializing on an invasive host.

A native of Gainesville, Fla., Cenzer received her bachelor of science degree in entomology at the University of Florida in 2009. 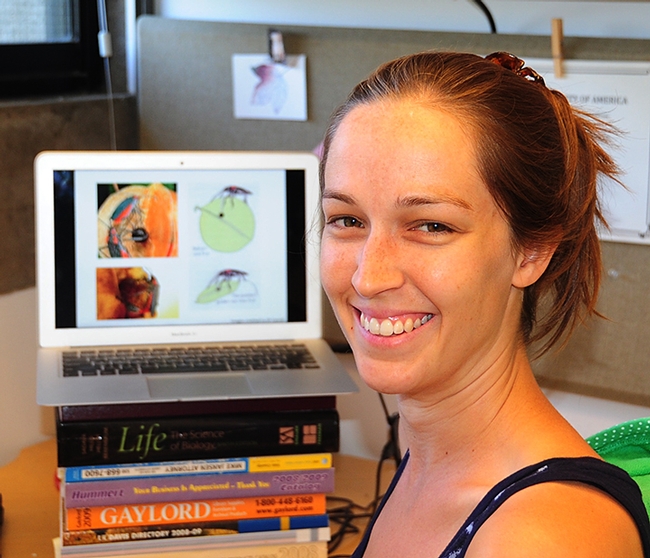 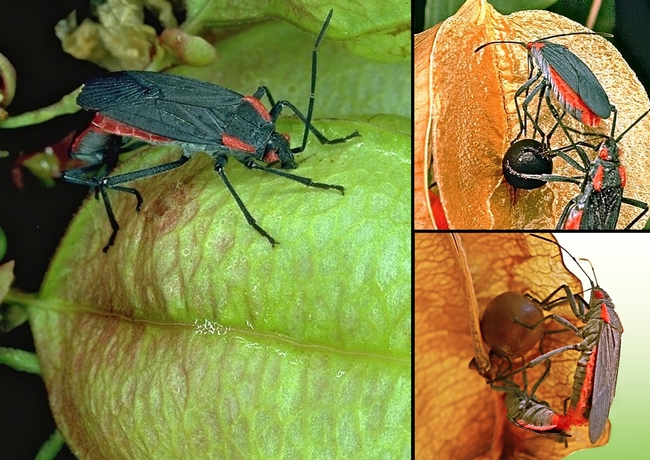