The research, published in the early online version of the journal Ecography, examined the natal origins of butterflies at four overwintering sites. Each of the four sites showed substantial variations in wing morphological values, indicating local and long-distance, the researchers said.

Their research paper, “Intra-Population Variation in the Natal Origins and Wing Morphology of Overwintering Western Monarch Butterflies (Danaus plexippus), is can be read in early view at http://onlinelibrary.wiley.com/doi/10.1111/ecog.01994/abstract. It will be incorporated into an online issue, perhaps within six months, but it has not yet been assigned to an issue, said journal managing editor Maria Persson. 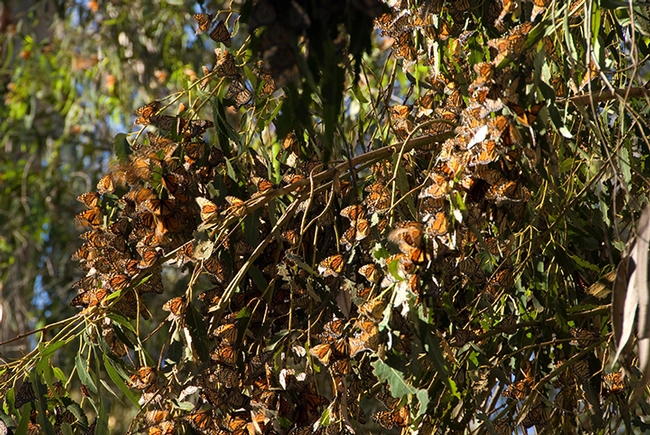 Overwintering monarchs at the Coronado Butterfly Preserve in Ellwood, Calif., one of the study sites. (Photo by Louie Yang) 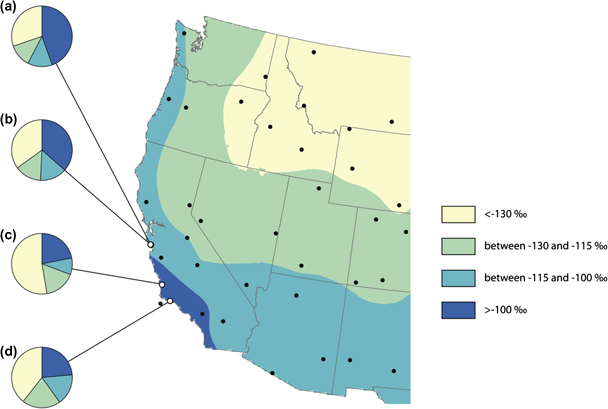