Distinguished Professor Bruce Hammock of UC Davis
A newly published paper in the Journal of Advanced Research, a collaboration of the Bruce Hammock laboratory at the University of California, Davis, and a team of 40 researchers led by Professor Jeremy Bellien of the Department of Pharmacology, Rouen University Hospital, France, sheds new light on enzymes that may have beneficial implications in cardiac biology.

“We show that both activities of soluble epoxide hydrolase enzyme (sEH), the center of 50 years work in the Hammock laboratory, and a second integrated phosphatase activity, discovered by us 20 years ago in the same protein, have complementary biological action in vivo, with implications in cardiac biology,” said biochemist and co-author Christophe Morisseau of the Hammock lab who researches the biology and pharmaceutical applications of epoxide hydrolase inhibition in diabetes, pulmonary and cardiovascular diseases.

“Such di catalytic activities of separate enzymes jointed during the evolutionary process have been said a Rosetta stone for understanding cell biology,” said co-author Hammock, a UC Davis distinguished professor who holds a joint appointment with the Department of Entomology and Nematology and the UC Davis Comprehensive Cancer Center. For the past 50 years, the Hammock lab has been studying sEH inhibitors, leading to drugs that target such diseases as diabetes, hypertension (heart disease), Alzheimer's disease, and cancer. Co-discovered by Hammock and Sarjeet Gill, now a UC Davis distinguished professor at UC Riverside, sEH is a key regulatory enzyme involved in the metabolism of fatty acids.

The work of the UC Davis-French team collaboration may have implications in major diseases of the circulatory system, including atherosclerosis, coronary artery disease, stroke, and hypertension. Research shows that patients with diabetes, obesity, dyslipidemia, cancer, fibrosis, and sepsis have a significant increase in the risk and incidence of cardiovascular disease.

Bellien, a professor in the Department of Pharmacology who holds a doctorate in pharmacology from the Rouen University School of Pharmacy, heads a research group on endothelial protection within INSERM U1096. The endothelium is a thin membrane that lines the inside of the heart and blood vessels. Bellien and his team study the role of endothelial lipid mediators in the pathophysiology of cardiovascular diseases, and notably to study new approaches to treat vascular and valvular calcification. They have been collaborating with the UC Davis team since 2014. 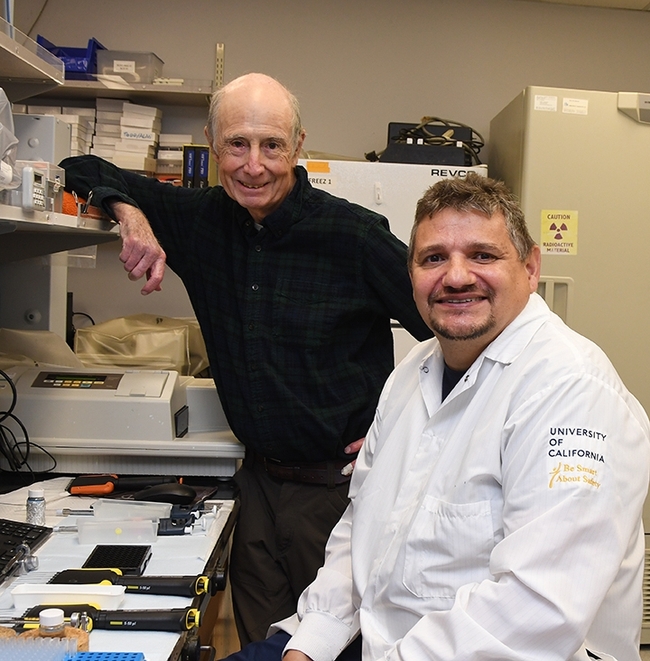