Frank Zalom speaking at the 2014 Entomological Society of America meeting during his presidency.
DAVIS--Integrated pest management specialist Frank Zalom, distinguished professor of entomology, is one of three  recipients of the UC Davis Academic Senate's 2017 Distinguished Scholarly Public Service Award for his outstanding leadership and public service at the regional, state, national and international levels.

"The award is given in recognition of significant contributions to the world, nation, state and/or local community through distinguished public service," according to awards committee chair Hollis Skaife, professor, Graduate School of Management.  "The Distinguished Scholarly Public Service Award is based on our recognition of university's tradition of excellence in public service and demonstrates the commitment of the Davis campus to continuing this tradition."

An awards reception will take place on Tuesday, May 9 in the Vanderhoef Studio Theatre, Mondavi Center for the Performing Arts, for  Zalom; Nolan Zane, professor of Asian-American Studies; and Christine Kreuder Johnson, professor, Medicine and Epidemiology, School of Veterinary Medicine. The awards presentation is at 5:30 p.m., followed by a reception at 6:30, and a faculty research lecture at 7:10.

Zalom is a past president of the 7000-member Entomological Society of America (ESA) and the service-oriented Entomology Foundation. Highly honored by his peers, he is an elected fellow of four scientific organizations: ESA, American Association for the Advancement of Science, Royal Entomological Society (London) and the California Academy of Sciences. He is also a past president of the Pacific Branch of ESA, which encompasses 11 states, U.S. territories, plus parts of Canada and Mexico. Zalom pioneered ESA's Grand Challenges in Entomology Initiative, aimed at encouraging entomologists to think and act more globally by identifying attainable challenges for entomology that could lead to sustainable solutions for some of the world's important insect-based problems. One outcome: he helped organize and co-chaired the “Summit on the Aedes aegypti Crisis in the Americas” that met in March 2016 in Maceio, Brazil--coincidentally at the height of the Zika virus outbreak. The initiative brought together more than 70 researchers, public health officials, entomologists, vector control experts, and representatives from NGOs and government agencies from throughout the hemisphere to identify immediate steps to create long-term and sustainable solutions.

Zalom organized and co-chaired--with presidents of four other entomological societies--the first ever International Entomology Leadership Summit, spanning two days within the 2016 International Congress of Entomology (ICE) meeting in September in Orlando, Fla. More than 150 invited leaders of entomology societies from around the world attended the summit and collaborated on how to identify and resolve major entomological issues, in order to make powerful contributions to improve the human condition.

Known nationally and globally for his IPM leadership, Zalom co-chaired the Association of Public and Land Grant Universities' National IPM Committee (NIPMCC) from 1999-2015. This committee of IPM leaders from across the country helped establish a vision for collaborations between universities and agencies including U.S. EPA and USDA to advance IPM for agricultural and urban stakeholders. The NIPMCC conceived and co-organized the first four National IPM Symposia, which later became the International IPM Symposium. These meetings, held every three years since 1989, with more than 700 participants attending from more than 25 countries, serve to advance IPM for sustainable agriculture, urbana dwellers and natural ecosyems.

“Dr. Zalom strongly supports youth science education,” wrote nominator Steve Nadler, professor and chair of the UC Davis Department of Entomology and Nematology. Zalom served as member of the Board of Counselors of the Entomological Foundation for eight years and then as its president in 2015. The foundation is a national, not-for-profit organization that “envisions a generation of action-oriented youth who investigate the critical role of insects in the environment.” The Foundation stimulates and sustains interest in science through insects by developing and delivering educational programs for grades K-12. It also rewards excellence in insect science and education by recognizing science educators.

“He is also a strong advocate of STEM education,” Nadler said. “His actions speak as loudly as his words as he has mentored eight consecutive women PhD students in the entomology graduate group.” All went on to receive academic positions or leadership positions in private industry. For his work and dedication, he received the Outstanding Mentor Award in 2013 from the UC Davis Consortium for Women in Research.

Zalom lends his expertise for community engagement on invasive species. He was a member of the Governor's Exotic Pest Eradication Task Force from 1994 to 1999. A decade later, he advocated against the use of  aerial spraying of the Monterey Bay and San Francisco Bay communities to eradicate the light brown apple moth. He led a study of the regulatory actions surrounding the eradication effort that culminated in the 2013 report, “Community Perceptions of Emergency Responses to Invasive Species in California,” that was presented to top USDA administrators in Washington D.C.

In addition, Zalom was part of the European Grape Vine Moth (EGVM) Team that recommended technical approaches to contain the invasive EGVM in northern California's winegrowing regions and suggestions for a regulatory agency approach to engage affected local communities in control efforts. The team received the 2016 Distinguished Service Award from the UC Division of Agriculture and Natural Resources for this program.

Texas A&M University is recognizing his work in IPM by presenting him with the 2017 Perry Adkisson Distinguished Speaker Award. 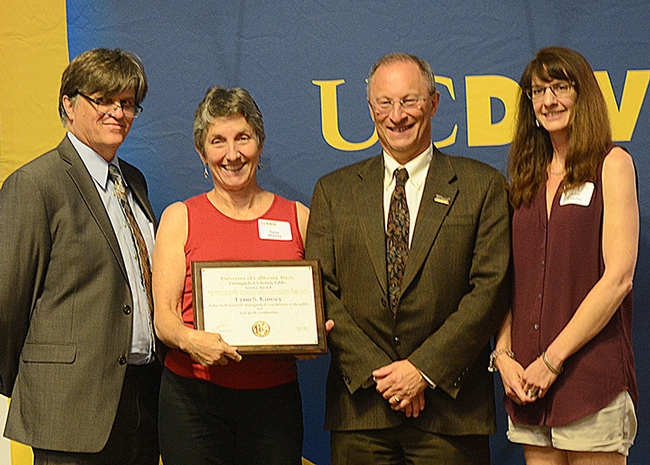 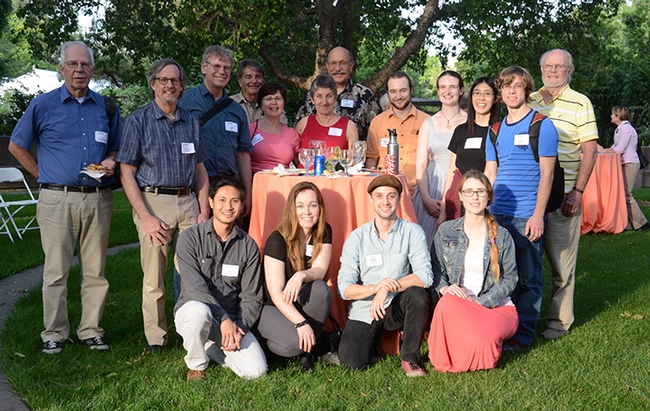