Male Aedes aegypti mosquitoes infected with a bacterium, Wolbachia pipientis, are being released in Clovis, Fresno County, where this mosquito was discovered in June 2013. Although this mosquito is now found in California, there has been no locally transmitted case of the Zika virus in the state.

The project, to determine dispersal and survival, began Monday, May 10.

“The daytime-biting mosquito, which feeds predominantly on humans, has spread to at least seven counties since its discovery in Clovis,” said Cornel, a mosquito researcher and faculty member with the UC Davis Department of Entomology and Nematology and the UC Kearney Agricultural Research and Extension Center, Parlier.

“The biting nuisance and potential of the mosquito Aedes aegypti to transmit Zika, Chikungunya and dengue viruses in California is cause for concern,” he said. “Efforts to curb its spread and reduce populations have not been very effective. Control efforts have included educating the public to remove standing water (source reduction) insecticide barrier sprays and bacterial larviciding.”

The collaborative effort involves Steve Mulligan, director of the Consolidated Mosquito Abatement District, based in Fresno County; Stephen Dobson of the University of Kentucky; MosquitoMate Inc, (mosquitomate.com); and UC Davis. The researchers will evaluate the population suppressive ability of the novel sterile insect technique, which is part of a comprehensive vector management approach.

Only Aedes aegypti is targeted. “When the Wolbachia-infected male mosquito mates with non-infected females, the result is “cytoplasmic incompatibility, which causes the female to lay infertile eggs that will not hatch,” Cornel explained.

“This approach requires the release of tens of thousands of Wolbachia-infected males into residential neighborhoods where this mosquito is a nuisance,” the medical entomologist said. “Releasing large numbers of males increases the chance that an introduced male will mate with the native females.”

Although residents will notice increased numbers of male mosquitoes, male mosquitoes do not bite and cannot transmit disease. Both U.S,federal and State regulatory agencies have approved the technique for evaluation of effectiveness.

“This sterile insect technique was evaluated in 2015 in Los Angeles to suppress another invasive mosquito, Aedes albopictus,” Cornel said, adding that the results from that trial look promising.

The Zika virus, now spreading throughout the Western hemisphere, was first identified in Uganda in 1947 in rhesus monkeys, according to the World Health Organization. It was subsequently identified in humans in 1952 in Uganda and the United Republic of Tanzania. Outbreaks of Zika virus disease have been recorded in Africa, the Americas, Asia and the Pacific.

Despite the mosquito's invasion into new areas of the United States, there are no reported cases of locally transmitted Zika virus in California or in the contiguous United States, according to the Centers for Disease Control and Prevention. The cases have all involved travelers returning home from countries plagued with disease outbreaks.

“We can't predict how far this mosquito will spread in California,” said Cornel, noting that its range has expanded “south of Fresno to San Diego. The farthest site north is Madera in the Central Valley, but it's also been found in the more coastal area of Menlo Park in San Mateo.”

It's troubling that the mosquito is becoming more and more resistant to pesticides, said Cornel, who collects, rears and researches mosquitoes from all over the world, including the United States, Mali, Cameroon, Comoros, Tanzania, South Africa and Brazil.

“We have found that Aedes aegypti have insecticide resistance genes which likely explains why the use of ultra-low volume and barrier spray applications for control have not worked as well as expected.” 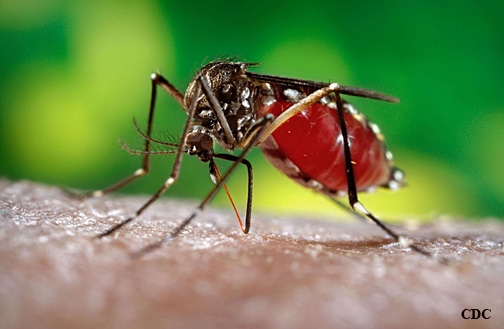