“This study collected a high-resolution temporal dataset on milkweed-monarch interactions during the last three years prior to the precipitous single-year population decline of western monarchs in 2018,” said community ecologist Louie Yang, a professor in the Department of Entomology and Nematology.

Yang organized and led a 135-member team, all co-authors of the paper, “Different Factors Limit Early- and Late-Season Windows of Opportunity for Monarch Development,” published in the journal  Ecology and Evolution. (This document is open access at https://bit.ly/3volFaI.)

From 2015 through 2017, the team monitored the interactions of monarchs,  Danaus plexippus, on narrow-leaved milkweed, Asclepias fascicularis, planted in December 2013on city-owned property adjacent to the North Davis irrigation channel.

“This study has three key findings,” the UC Davis professor said. “First, we documented early and late seasonal windows of opportunity in the wild, migratory western monarch population. Second, our data suggest that early and late seasonal windows were constrained by different factors. Third, climatic and microclimatic variation had a strong effect on the timing and importance of multiple factors affecting monarch development. Broadly, we hope that this study contributes to a more temporally detailed understanding of the complex factors that contribute to year-to-year variation in monarch breeding success.” Feared on its way to extinction, the migratory monarch is now on the International Union for Conservation of Nature (IUCN) Red List of Threatened Species as Endangered—threatened by habitat destruction and climate change.  Statistics show that the overwintering population of western monarchs along coastal California has declined by more than 99 percent since the 1980s, according to the Xerces Society for Invertebrate Conservation.

The UC Davis-based team set out to answer three questions: (1) How do the developmental prospects of monarchs vary in time, within- and across years? (2) How do the combined effects of bottom-up, top-down, and abiotic factors interact with seasonal variation in monarch density to constrain the timing and extent of seasonal windows of opportunity? and (3) How do climatic variation and microhabitat heterogeneity affect these constraints? A monarch chrysalis at the UC Davis research site. (Photo by Larry Snyder)
“Seasonal windows of opportunity are intervals within a year that provide improved prospects for growth, survival, or reproduction,” Yang wrote in the abstract. “However, few studies have sufficient temporal resolution to examine how multiple factors combine to constrain the seasonal timing and extent of developmental opportunities.”

Yang and his team planted 318 narrow-leaved milkweed adjacent to the seasonal irrigation channel, which carries runoff water with a “seasonal pattern of generally increased flow during summer irrigation periods and immediately following winter precipitation events. As a result, this site combines several elements representative of the California Central Valley at a landscape scale.”   The Davis site typifies a “Mediterranean pattern of cool, wet winters and hot dry summers.”

They measured and recorded the milkweed growth and leaf area removal by herbivores, and counted and measured the eggs and larvae. They also gathered information on the predator and herbivore community.

Among their research findings:

Unfortunately, a City of Davis maintenance crew unintentionally mowed the site on May 5, 2017, “damaging several plants in this population. However, most plants in the population were below the height of the mower blades at this point in the growing season.”

Today the milkweed population at the North Davis Channel is being maintained by the City of Davis and dedicated citizens, including Larry Snyder, who documented the project in photographs. “We aren't monitoring there intensively, but we've seen monarch eggs, caterpillars and adults there this year,” Yang said.

More monarch projects from the Louie Yang lab are pending. “The next paper in press represents research done several years ago and is focused on the timing of herbivory and its effects on flowering,” he said.  “We are studying several California milkweed species.” 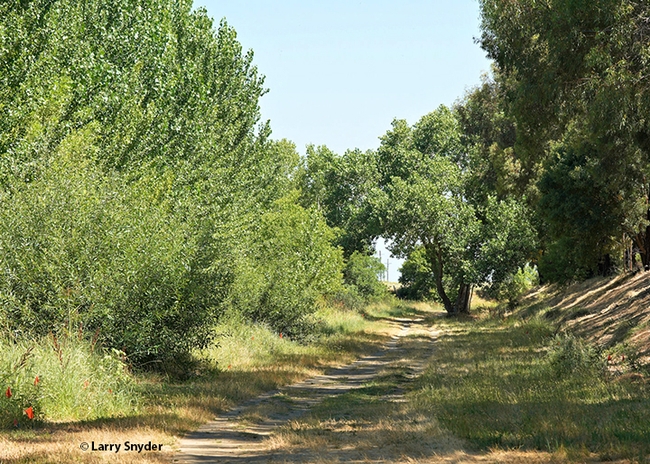 This is part of Professor Louie Yang's research site in north Davis. The team investigated monarch/milkweed interactions over a three-year period. (Photo by Larry Snyder) 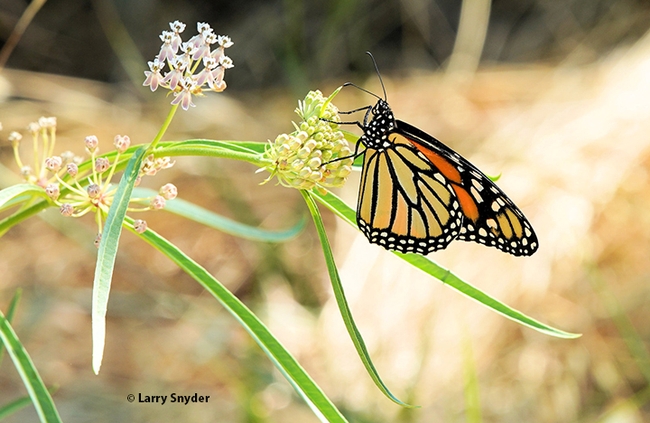 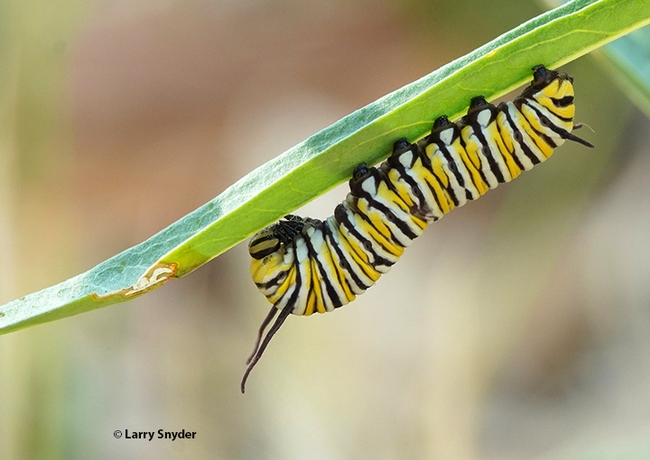