Yes,  if you use the term “personality” to refer to “intraspecific expression of behaviors that are stable over time and consistent across different situations,” says ecologist Richard “Rick” Karban, an international authority on plant communications and a distinguished professor in the UC Davis Department of Entomology and Nematology.

“Individual plants respond differently to alarm calls, just as individual animals do,” says Karban, a 40-year member of the UC Davis faculty who has studied plant communication in sagebrush (Artemisia tridentata) since 1995 on his research site, located east of the Sierra Nevada mountain range.

In a newly published paper in the international peer-reviewed journal, Oecoogia, the UC Davis professor and two colleagues found that when plants tell their neighbors—via volatile cues—that they are under attack by herbivores, the plants showed consistent individual variation in how they perceived and responded to the cues, that is, how effectively they shored up their defenses.

“The gist of the argument here is that animal behaviorists have found it useful to recognize that individual animals show behavioral tendencies that are consistent under different circumstances and repeatable over time,” Karban explained.  “So, for instance, some individuals are bolder or shyer in terms of issuing or responding to alarm calls. They have termed these individual tendencies 'personalities.' We have found similar consistent individual differences among sagebrush plants.”

The paper, titled “Consistent Individual Variation in Plant Communication: Do Plants Have Personalities?,” is co-authored by Patrick Grof-Tisza of the University of Eastern Finland and Charline Couchoux of the University of Quebec. Established in 1968, Oecoogia is one of the most cited ecology journals.

“Just as animal biologists have come to consider consistent individual personalities to be an important factor in shaping animal phenotypes, behaviors, and interactions, so, too, should plant biologists include individual variation in plant communication as a significant individual attribute that influences their evolution and ecology,” they noted.

In their abstract, they explained that “When animals sense danger, some individuals will alert neighbors with alarm calls and both calling and responding vary consistently among individuals. Plants, including sagebrush, emit volatile cues when they are attacked by herbivores and neighbors perceive these cues and reduce their own damage.” UC Davis ecologist Rick Karban examining sagebrush at his research site, east of the Sierra Nevada Mountain Range.
Sagebrush Research. The researchers “experimentally transferred volatiles between pairs of sagebrush plants to evaluate whether individuals showed consistent variation in their effectiveness as emitters and as receivers of cues, measured in terms of reduced herbivore damage.” They found that 64 percent of the variance in chewing damage to branches over the growing season “was attributable to the identity of the individual receiving the cues. This variation could have been caused by inherent differences in the plants as well as by differences in the environments where they grew and their histories.”

They found that 5 percent of the variance in chewing damage “was attributable to the identity of the emitter that provided the cue. This fraction of variation was statistically significant and could not be attributed to the environmental conditions of the receiver. Effective receivers were also relatively effective emitters, indicating consistency across different situations. Pairs of receivers and emitters that were effective communicators in 2018 were again relatively effective in 2019, indicating consistency over time. These results suggest that plants have repeatable individual personalities with respect to alarm calls.”

In their paper, the scientists pointed out that the goal “in discussing plant personalities is not to insinuate that plants are people or are intelligent in a similar way that we are, but to highlight that animal behavior has much to offer the development of plant biology. Recognizing that plants exhibit consistent behaviors that are repeatable in different situations and stable over time (i.e., personalities) has several important consequences.”

First, they said most plant biologists focus on treatment groups instead of individuals. “The idea that individual plants may show consistent tendencies that can be quantified, independent of other treatments, leads to a different research focus. In addition, the existence of plant personalities means that knowledge of an individual's past provides information that can predict its behavior in the future. In Bayesian jargon, the existence of personalities means that informed priors can be used to improve predictive power.”

Tradeoffs. Second, they wrote, “recognition of correlations among different plant behaviors suggests that there may be tradeoffs among important traits that are not independent of one another.  For example, a negative correlation between growth of roots and shoots suggests an allocation tradeoff between above and below ground tissues while a positive correlation between growth of roots and shoots suggests that differential access to resources is more important than such an allocation tradeoff. Life-history tradeoffs of this nature are familiar to evolutionary plant biologists and this framework can be applied to other plant behaviors.”

Third, they wrote, “alarm calls that affect herbivory influence plant growth, survival, and reproduction in the few systems where they have been studied. These demographic effects have the potential to shape plant adaptations, population sizes and distributions, ability to respond to natural and human induced changes, and interactions with other species, although potential effects of variation in plant communication have been largely neglected.”

The trio pointed out that “many of these volatile chemicals dissipate rapidly so that they are present in biologically active concentrations over relatively short distances (often less than 1 m). In many instances, cues may be emitted unintentionally, and this process is probably best described as eavesdropping by the receiving plant. These same plant volatile cues have been found to serve other functions in some instances such as repelling herbivores and attracting the predators and parasites of the herbivores.”

Landmark Book. Karban is the author of the landmark book,  Plant Sensing and Communication (University of Chicago Press, 2015). He is a fellow of the Ecological Society of America (ESA) and the American Association for the Advancement of Science, and the recipient of the 1990 George Mercer Award from ESA for outstanding research.

The UC Davis ecologist is featured in the Dec. 23-30, 2013 edition of The New Yorker in Michael Pollan's piece, The Intelligent Plant: Scientists Debate a New Way of Understanding Plants. Zoe Schlanger featured him in a Nov. 21, 2020  Bloomberg Quint article titled The Botanist Daring to Ask: Do Plants Have Personalities?

Karban, who holds a doctorate in biology from the University of Pennsylvania, Philadelphia, joined the UC Davis faculty in 1982. 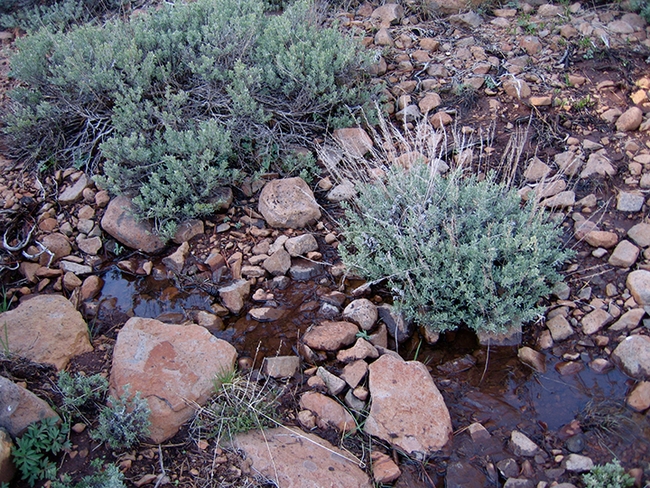