Swapna Priya Rajarapu
Insect physiologist Swapna Priya Rajarapu, a postdoctoral research scholar in the Dorith Rotenberg laboratory at North Carolina State University, Raleigh, will present the next seminar hosted by the UC Davis Department of Entomology and Nematology.
Rajarapu will speak on "Insect-Plant Molecular Interactions: Stories from Invasive Insects to Disease Vectors" at 4:10 p.m., Wednesday, April 14. Professor Diane Ullman is the host. Access this link to register for the Zoom event.
In the Rotenberg lab, she works on understanding the molecular interactions of an insect vector and their virus and their ability to modify the host plants.
"Insects have evolved physiological mechanisms to overcome the molecular defenses of their host plants," Rajarapu  says. "Some of these mechanisms include detoxification, target-site mutations, excretion and plant defense alteration.  Invasive insects and disease vectors employ these physiological mechanisms to utilize their host plants. My talk focuses on understanding these interactions between insects and plants in the light of invasion biology and vector biology." See her work on her website.
She seeks "to understand the physiological basis of insect adaptation to unique niches. Specifically, I am interested in molecular mechanisms evolved by insects to overcome toxic insults in their environments. I have studied physiological adaptation strategies of herbivorous insects to overcome host plant defenses. Outcomes of my research address broad ecological and evolutionary concepts such as invasion biology, nutritional ecology and insect-plant-virus interactions."
Rajarapu's expertise includes studying such insect pests as emerald ash borer, termites, leafhopper and thrips. Her technical expertise covers the top-down approaches, including tissue specific transcriptomics, proteomics, enzyme assays, western blots, gateway cloning and transient gene expression for functional studies.

A first-generation college student, Rajarapu holds two biochemistry degrees from Osmania University, India: her bachelor's degree (2006) and her master's degree (2008). She obtained her doctorate in entomology in 2013 from The Ohio State University, working with Professors Daniel Herms and Larry Phelan. Her dissertation: "Integrated Omics on the Physiology of Emerald Ash Borer." 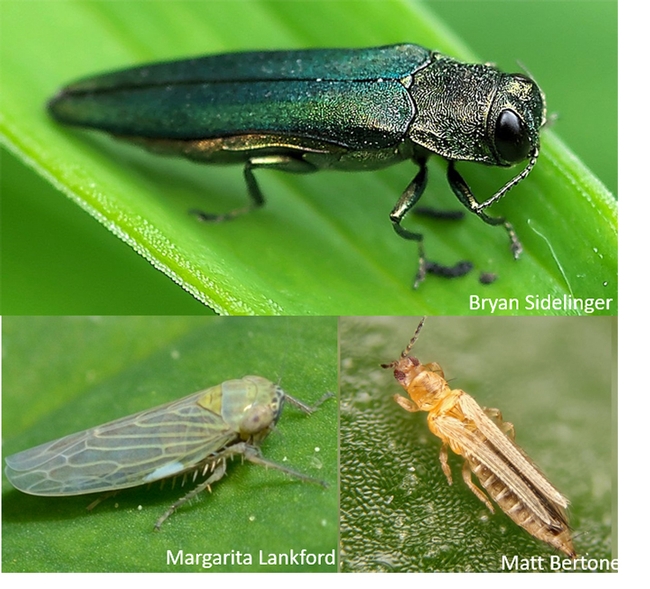