The discovery could also help the...

“This one crop is the major source of calories for upwards of 45 percent of humanity, but its harvests are in danger,” said Julia...

In an article titled “‘Containergeddon' and California Agriculture,” researchers estimate that there was a 17% decline in the value of containerized...

To safeguard the rice crop against the pests, UCCE began conducting... 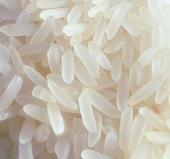 Rice can be part of a balanced diet that includes a wide variety of foods.

A UC Cooperative Extension specialist says there isn’t enough scientific evidence to warrant consumers making changes to their diets nor to their children’s diets based on recent media reports about levels of arsenic in rice. The issue arose from an analysis by Consumer Reports of white and brown rice from around the world and rice products like rice cereal, rice milk and rice pasta.

However, Carl Winter, UC Cooperative Extension specialist in the...