Four months have passed since the Camp Four months have passed since the Camp Fire, the worst wildfire in California history, ravaged bucolic communities in the Butte County foothills, including Paradise, Concow, Butte Creek Canyon, Cherokee, Yankee Hill and Magalia. Eighty-five people died, many of them elderly and unable to safely evacuate from an area where a wind-driven fire raced from home to home. 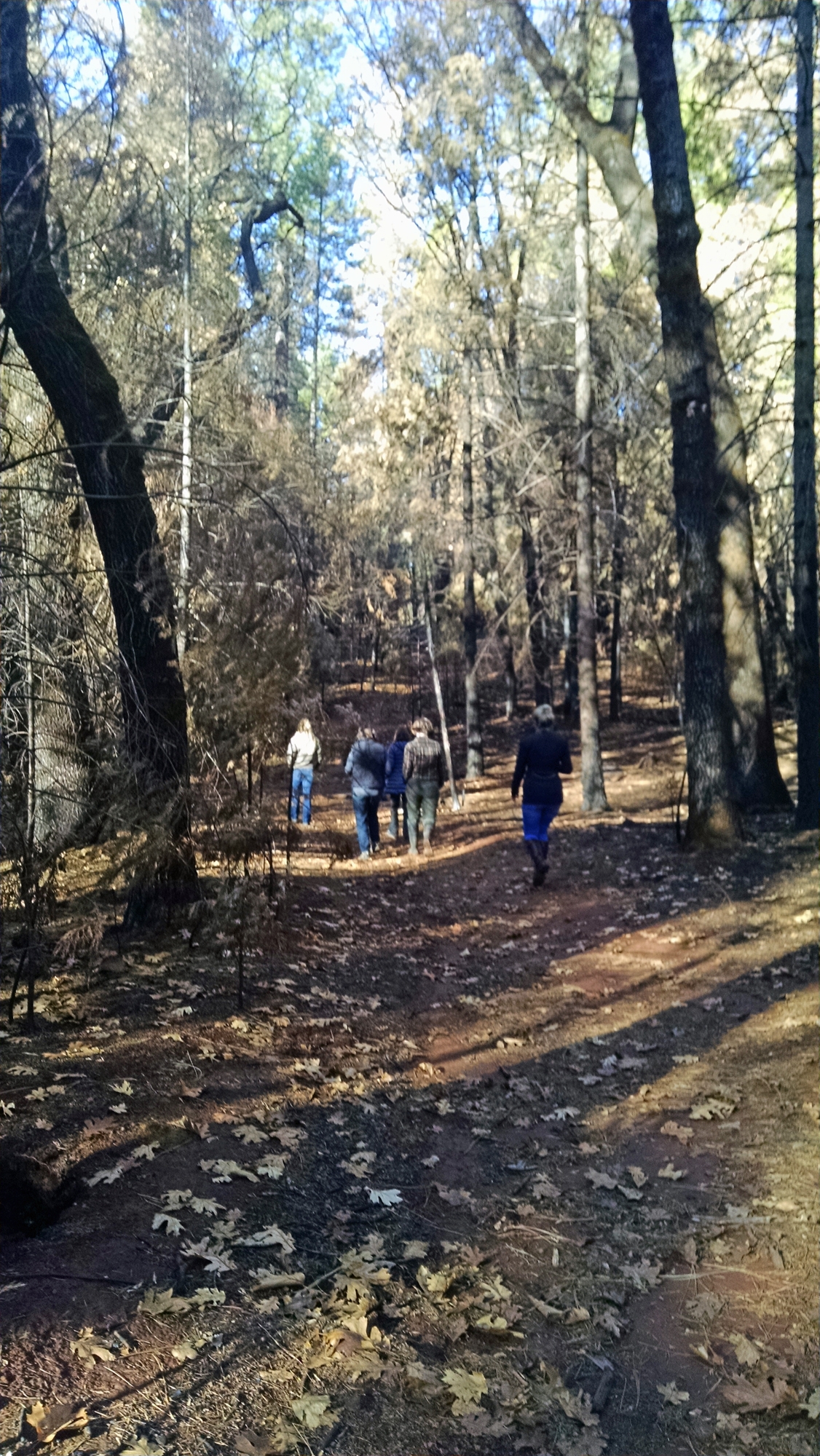 The unspeakable loss of human life and the serious challenges being faced by survivors has dominated the Camp Fire conversation. Now, UC Cooperative Extension is beginning a dialog with many agencies involved to understand how such tragedies can be prevented in the future.

While the Camp Fire was devastating, it could have been far worse. Working together for decades, the partner agencies have improved community safety and resilience.

They have educated the public about defensible space, fire resistant homes, and evacuation plans. They have coordinated fuels treatments along evacuation routes and around the communities. Through their actions, they saved many lives and structures, protected the town's drinking water supply, and in some cases, provided access for hiking in areas that had been overgrown by brush.

“When you drive for miles through blackened, burned trees and then arrive in a thinning project area full of green tree tops, you know that these efforts are worth it, we are having success and we can make a difference together,” said Calli-Jane DeAnda, executive director of the Butte County Fire Safe Council.

Because of the Camp Fire tragedy, the partner agencies learned many lessons that can inform future maintenance and treatments to improve fire resilience in Butte County and other wildland areas. Kate Wilkin, the UC Cooperative Extension fire advisor for Sutter, Yuba, Butte, and Nevada counties, is able to point to projects implemented in the Camp Fire zone that saved lives and structures.

For example, one family in Paradise was featured by the news media for their successful advance fire planning, which even included the installation of sprinklers on top of the house.

“When I think about what saves a house, a sprinkler is a cherry on top of the cake,” Wilkin said. “If a house is constructed with a combustible roof and siding, if unprotected vents allow embers to get into the attic, or the landscape is not maintained, a sprinkler isn't going to save the house. The sprinkler's power from the grid or a generator will likely fail. High winds may even prevent the sprinkler's mist from hitting the house.”

“Maintenance is an unsung hero of fire resilience,” Wilkin said. “Individual actions at our homes matter.”

First 5 feet around a structure

This guideline is a start, but there is more that people who live in wildfire-prone areas can do to make their homes resilient to fire. UC Cooperative Extension scientists recommend creating a five-foot buffer immediately surrounding the home almost completely devoid of plants and anything that can burn - including wooden fences, firewood, deck chairs and pillows, brooms and other wooden tools.

This extra precaution is important as embers from a distant wildfire can land on or adjacent to a house and ignite combustible items which in turn ignite the home. It was evident in the Camp Fire that the first five feet around homes was a critical factor in the survivability of structures.

The zone can include noncombustible materials such as rock mulch, stone pavers, cement, bare earth, gravel or sand. Low combustibility materials, such as irrigated and maintained lawn or herbaceous plants less than five inches high, are okay. All leaves, needles or other vegetation that falls in this five-foot zone must be removed during the fire season.

“The non-combustible space adjoining the house may be the difference between losing it and all the contents to a wildfire versus returning to the property with the home unscathed,” Wilkin said.

Fire survival measures can also be taken at the community level.

In Paradise, the Butte County Fire Safe Council funded CalFIRE crews to thin a number of areas in the watershed below Paradise Lake in 2013 and 2014. Taking these actions allowed an area for firefighters to start a defense and start putting out the flame front, Wilkin said.

“A CalFIRE chief told residents, ‘You provide the offense, we provide the defense.' Homeowners and communities need to get everything set up for successful firefighting,” she said.

Forest thinning has the added benefit of improving recreational opportunities. Near Magalia Pine Ridge School, an 11-acre mastication project in 2018 funded with $30,000 from the Butte County Fire Safe Council cleared overgrown vegetation around the school. This helped strengthen the area's public assembly location, which was identified on the community's evacuation map, and opened up access to a forest hiking trail that was blocked by tangled brush.

The open space dramatically slowed the raging Camp Fire when it approached the school, which is now one of the only schools open in the Paradise Ridge community.

Note the No. 9 marker in the lower left corner of each photo. (Click the photo to see a higher resolution version.) The the image on the right was taken after mastication, which opened up the forest for recreation and made the forest more resilient before the Camp Fire. (Photos: Butte County Fire Safe Council)

Forest thinning also protected the drinking water for the town of Paradise. A combination of projects undertaken by U.S. Forest Service, Sierra Pacific Industries and the Butte County Fire Safe Council aligned to allow fire fighters to combat the fire and ensure that the source of drinking water was protected.

In 2013 and 2014, the Butte County Fire Safe Council and Yankee Hill Fire Safe Council created a wildfire public assembly safety zone in Concow. The work was completed by inmate crews. During the Camp Fire, dozens of lives were saved when sheriff deputies, firefighters and citizens were able to shelter in the area.

“Wildfire safety zones are pretty uncommon and we may want to create more in wildfire prone areas,” Wilkin said. “But there is a hitch.”

CalFIRE is reluctant to designate temporary refuges because they don't want people to rely on them in place of evacuation. During a quick-moving firestorm, it could be an area where people can shelter if they cannot get out.

“It's a complex and dangerous puzzle,” Wilkin said. “In Australia, they had a similar idea and some places where people sheltered in a fire caused them to die.”

Wilkin is working with Paradise parks to identify areas ahead of time with enough space to meet new national firefighter standards to protect people's lungs from superheated air.

“Historically, we thought sufficient space was four times as great as the flame heights. If you have a Ponderosa pine that's torching 150 feet high, you would need 800 feet around the people,” Wilkin said. “New research has found that the safety zone calculation must also consider potential wind speed and slope. Significantly more space may be needed.”