Most of us know quite a bit about honeybees, and even other native bees. This summer I noticed quite a few bumblebees in my yard, and I was curious to learn more about them.

Worldwide, there are only 250 species of bumblebees; 26 are native to California. For comparison, California has 1,600 native species of bees (the world total is 3,600).

Like many other bee species, some bumblebees are also under threat. They can be threatened by human activities including habitat fragmentation, pesticide use, disease transmission and loss of native flowers.In June 2019 the California Department of Fish and Wildlife proposed four native bumblebee species for protection under the Endangered Species Act. They are Crotch's bumblebee, Franklin's bumblebee, Suckley cuckoo bumblebee and Western bumblebee. (Cuckoo bumblebees are more or less what you would expect: They invade the nests of other bumblebees, kill the queen and use the workers to rear their young.)

Like honeybees, bumblebees form colonies headed by a queen, but the colonies are much smaller, typically in the range of 50 to 400 individuals. Honeybee hives hold about 50,000 bees. The colony is formed by a queen, who burrows into the ground in the fall to overwinter and emerges in the spring to find a suitable nest site.

Nest sites are also usually underground and often are old mouse or other rodent burrows. She then builds cells, supplies the nest with pollen, lays eggs (which will have been fertilized the previous fall) and incubates the eggs on the pollen. She'll continue to gather nectar and pollen until the first female workers are ready to go out and get more. Once the new workers are able to supply the colony, the queen no longer has any need to leave the nest.

Like honeybees, bumblebees are corbiculate, which means they have pollen baskets on their hind legs. The queen will continue to lay eggs, and there will be several generations of workers during one season. By the fall, most of the colony will have died.

Young queens emerge from the nest in early fall to mate, often more than once. Male bees spend their whole lives looking for a queen to mate with. They are often forcibly driven out of the nest and rarely return once they emerge. Instead, they sleep under leaves or whorls of flowers at night.

Bumblebees vary in appearance but are generally plump and densely furry (covered in bristles). They are larger, broader and rounder-bodied than honeybees. Many species have broad bands of color that can be used to help distinguish different species.

Bumblebees are active under conditions in which honeybees stay at home and can readily absorb heat from even weak sunshine. The thick pile created by their bristles acts as insulation to keep bumblebees warm in cold weather; species from cold climates have longer bristles (and thus thicker insulation) than those from warmer climates.

Bumblebees can fly in much colder weather than honeybees because they can raise their muscle temperature by shivering. The temperature of the flight muscles needs to be at least 86°F before the bumblebee can fly. At an air temperature of 55°F, it takes about five minutes of shivering for a bumblebee to be able to fly.

Bumblebees are important pollinators of wildflowers as well as fruit and vegetable crops. Bumblebees can be separated into three different classes by tongue length: short, medium and long. Collectively, they can pollinate a wide variety of flowers. A few of the short-tongued species “cheat” to feed on long-tube flowers. They bite a hole in the flowers near where the nectar is produced and harvest the nectar through the hole.

Bumblebees also have a unique behavior called sonication. They vibrate their wing muscles to shake pollen grains out of the anthers of flowers. They'll visit flowers that don't produce nectar, such as tomato plants, to collect the pollen. Possibly bumblebees got their name from the buzzing sound they make when sonicating. They used to be called “humble bees” because they hum; that term eventually gave way to bumblebee because of their somewhat bumbling flight path.

Bumblebees, like other bees, also benefit from a wide variety of nectar and pollen sources, particularly native flowers. If there aren't any native plants in your neighborhood, plant a small patch to help attract bumblebees. Better to create large groups of similar plants than to scatter them; larger groups are easier for bees to find.

If you are interested in learning more about bumblebees, download the U.S. Forest Service publication Bumble Bees of the Western United States, which covers all 40 species of Western bumblebees.

Food Growing Forum: Last Sunday of the month through October. Register to get Zoom link at: http://ucanr.edu/foodgrowingforum2020
Sunday, October 25, 3 pm to 4 pm, “Planting Onions, Leeks and Other Alliums and What Else to Do Now”

Got Garden Questions? Contact the Master Gardener Help Desk. The team is working remotely so please submit your questions through our diagnosis form, sending any photos to mastergardeners@countyofnapa.org or leave a detailed message at 707- 253-4143. A Master Gardener will get back to you by phone or email. 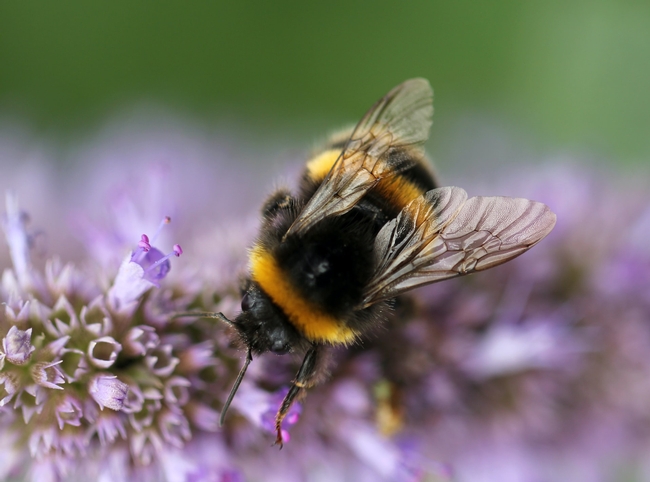 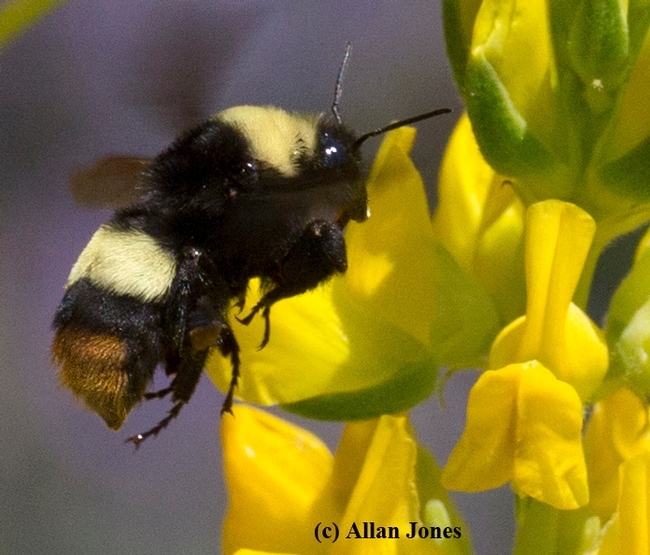 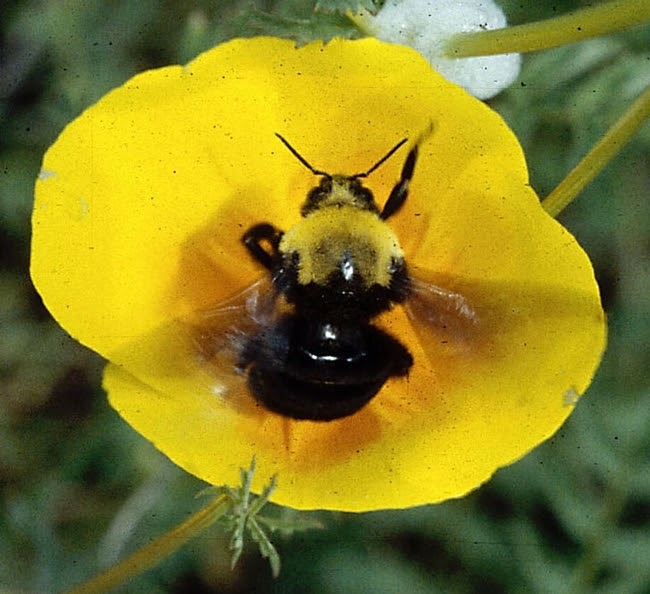 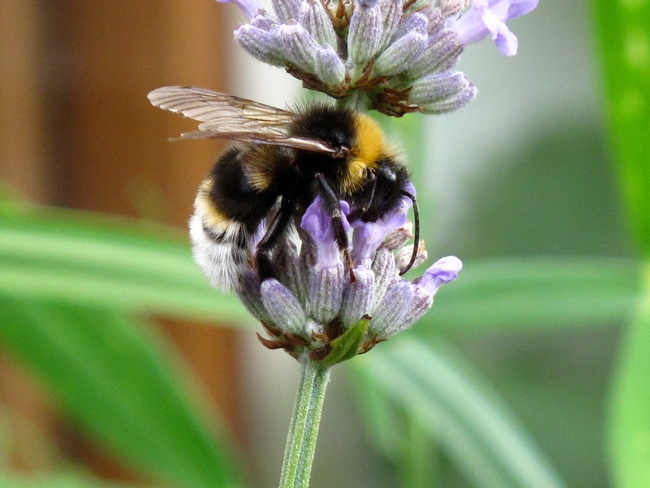 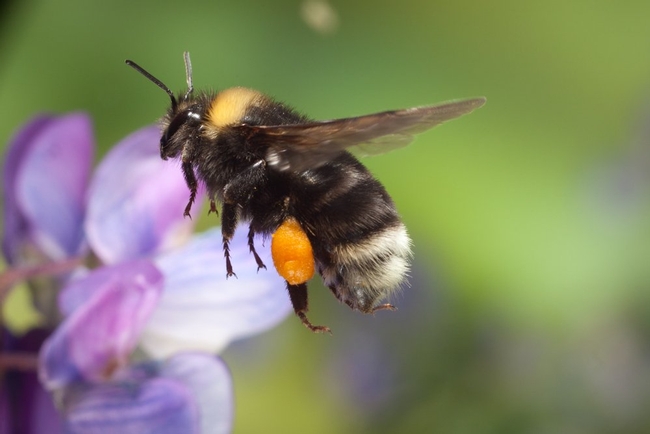 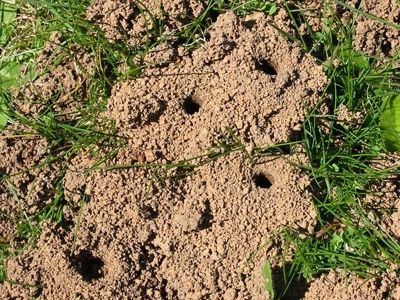 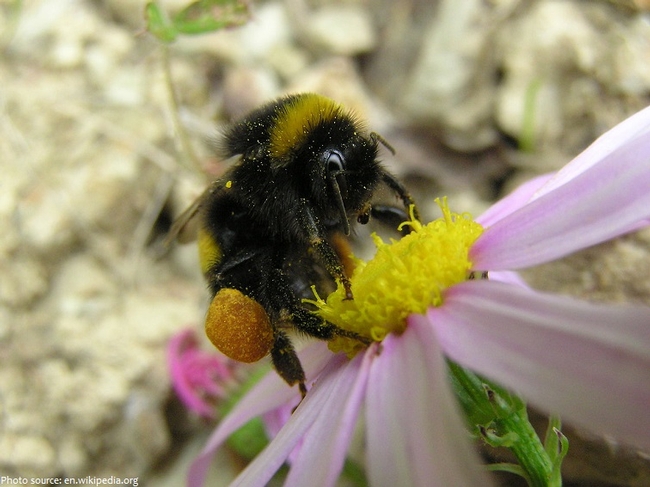