The pictures below are of a sample submitted today of physical damage to raspberry cane.  Apparently this problem occurs across all varieties and areas more or less to the same degree.
Closer inspection of the affected canes reveals that the brown areas are very thin and indeed when one peels it back with a razor blade it is no thicker than a millimeter or two.   There is no damage any deeper, nor are there signs of fungal or bacterial infection of any sort.
The diagnosis of the problem is that this was caused by a period of unfavorable weather, perhaps wind, sun or cold.  Since it is being described as being distributed so evenly across different varieties, it must be something that imposed itself from without at the same magnitude, of which unfavorable weather can really be the only one.
That said, this issue certainly bears watching, and if it becomes worse I would appreciate readers bringing in some samples or calling me out to the field.

4/26/2011 Update:  It seems further visits to the field turned up a large number of snails, probably stemming from the high levels of moisture we have experienced of late.  The damage seen on these laterals would be consistent of course with the scraping feeding of snails.  If one is concerned about the level of damage, there are baits for snails, but the current warming trend and drier weather is going to do much to reduce their numbers as well. 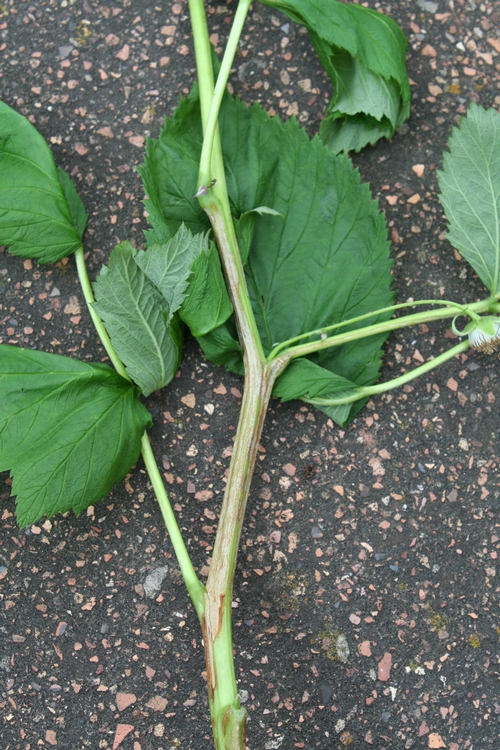 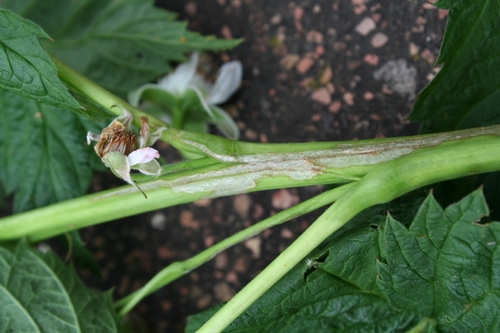 Damage on raspberry branch- note that flower in this same area appears to have been affected also. It is a "dud" and subsequently will not make. 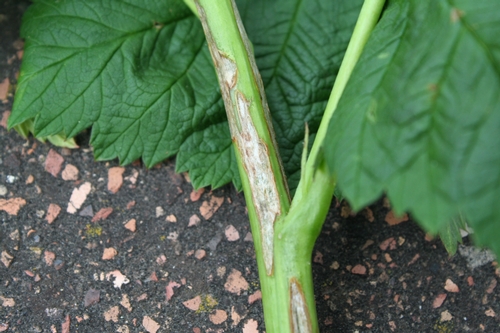 Close up of raspberry damage 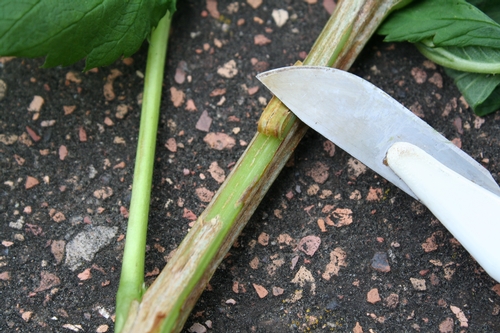