This is an announcement for a light brown apple moth (LBAM) training meeting to be held this coming May 9 at 40 Zils Road in Watsonville.  The purpose of the meeting is for growers and others to obtain LBAM identification certification in order to be able to implement on-farm Integrated Pest Management practices to meet San Benito, Monterey and Santa Cruz County quarantine area compliance agreement requirements for export.

The link for the meeting announcement and agenda is:

Strawberry and caneberry growers should be reminded that the CDFA-USDA regulatory program for light brown apple moth is still regnant in Santa Cruz and north Monterey counties this year and we should all be taking steps to reduce numbers of this pest in the production fields.  I communicated with Rick McKay, head of the USDA-APHIS regulatory effort for this area, and he assured me the program will be active again in 2013 in the same way it was active last year, at least until September 30.

Pheromone based twist ties are a good way to reduce LBAM numbers in fields, especially in raspberries and blackberries since the ties are attached to the trellis with very little effort and time.  The twist ties are still available through the Santa Cruz County Agricultural Commissioner at 763-8080.  There are still quite a few left, and a quick call to the distributor Pacific Biocontrol Corporation reassured me that these ties, which were received in 2010, are still viable since they are being stored in a cooler and are in their original packaging.  These twist ties cost nothing and give growers a good measure of protection against LBAM infestation and the accompanying regulation. 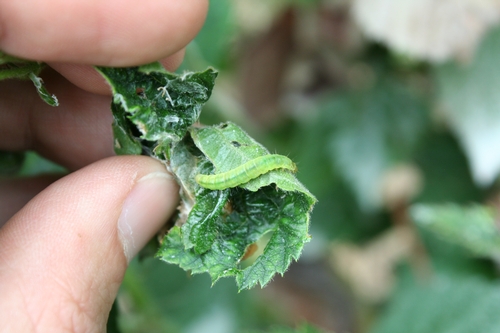 Growers and industry people may find the following website useful for understanding population fluctuations of light brown apple moth (LBAM).  The site, maintained by my UCCE colleagues Neal Murray and Steve Tjosvold, is a compilation of trap data at points across Santa Cruz and north Monterey County, and gives a really good sense of where LBAM populations are:

Particularly striking is the surge in numbers of adults trapped over the past few weeks.  Important information to know.

Just a real quick note here.  Got a useful inquiry yesterday regarding the presence of the moth depicted below in a local berry field.

The moth in question is California oakworm, Phyrganidia californica, the larvae of which feed strictly on oaks.  It is harmless to berries.  It does seem though this year we have an exceptionally large number of them around and you may be finding them flying around the field or resting on plants, especially if your field is next to oaks.

Additionally, the California oakworm larva (depicted in picture # 2 below), although it would be rare to find one in a berry field, looks nothing like light brown apple moth or any other pestiferous larvae we would commonly expect in caneberries or strawberries. 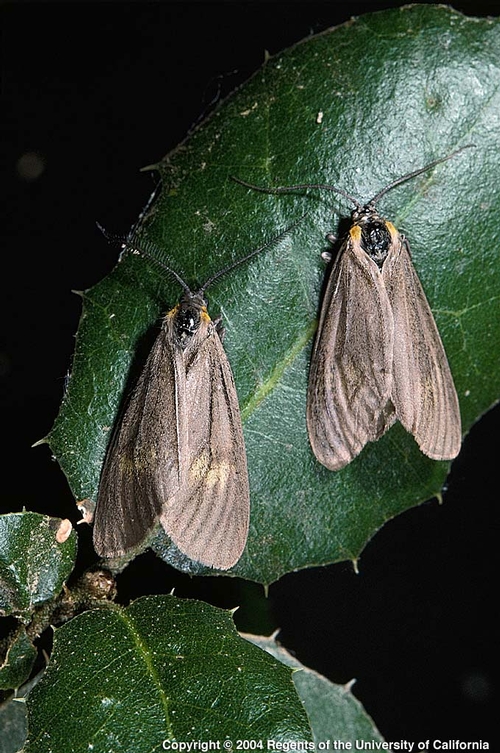 California oakworm adult moths. These are harmless to berries. 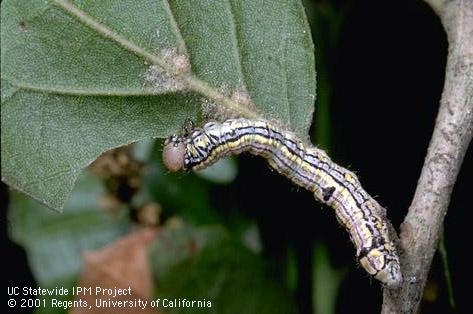