Just put out a study this morning with my colleagues from PSI screening a number of biological fungicides.  These materials have been accumulating interest on the part of both growers and buyers as they seem to fit a more "natural" approach to food production attractive to consumers.

Trouble is, and I've had conversations concerning this with my colleague Gerald Holmes down south at CalPoly , that it's hard to get treatment separation in field fungicide screens for Botrytis.  And much less for biological materials which tend to be of a lower efficacy.

Time to go all in to try and tease those treatment separations to come out.  As (I hope) most of our industry participants know, Botrytis does not generally infect the mature fruit, and rather infects the open flower and lies dormant until the fruit reaches a certain ideal concentration of soluble solids.  With that in mind, I'm thinking it's a good call to start these screens, especially of less established materials, early in the year when most of the early crop is still in the flower stage, and with the addition of these intermittent, late season rains we have the table set for a very solid piece of work.

Along with the weekly applications of fungicides, we'll be doing both in field evaluations of marketable and diseased fruit, and then take it even further with clinical evaluations in the lab once we have mature fruit.

I'm very optimistic here that we'll really bring something of value forward on Botrytis this year in strawberry. 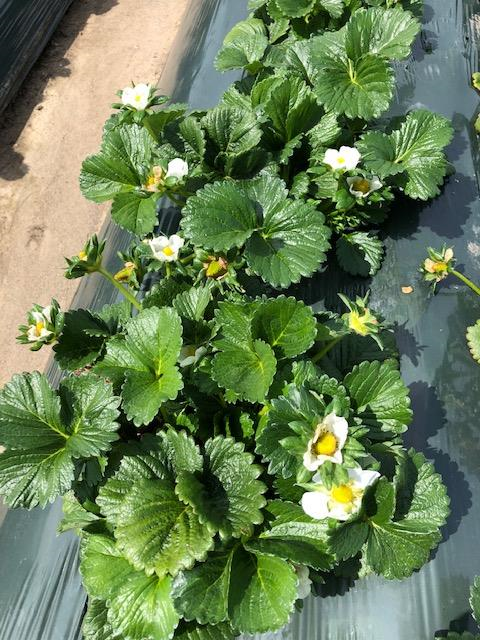 The scene in the field this morning right before the rain. Plenty of open flowers, ready to receive spores of Botrytis. 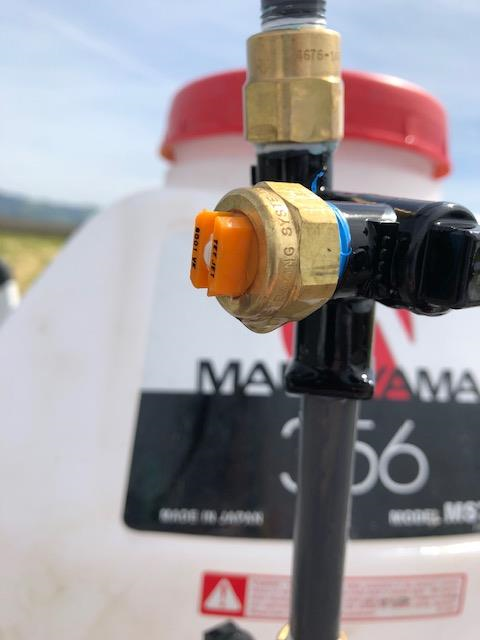 This is simply a summary of one year of biological fungicide work in strawberries in 2012-2013 and should not be understood as a recommendation to use any of these products.  This investigation is will continue into 2013-2014 and will serve to confirm and adjust the work here.

Introduction: A number of biological fungicides registered for use in strawberries have not been thoroughly tested through empirical studies to give guidance to growers on their efficacy and use.

The field involved in the study was organically farmed and had a tested infestation of Verticillium at the average level of 25 microsclerotia per treatment replicate.  Grower standard was managed as per grower practice, that is to say normal irrigation, fertility and pest management practices were applied.  This grower standard did not include any sort of biological fungicide either by dip or injection through the drip tape during the season.

Plot was replicated three times and each replicate consisted of at one bed of 180 feet in length.

Application of the materials took place as indicated in the table below:

Plant dips were made by suspending the requested rate of fungicide in approximately twenty gallons of water and submerging and soaking about a half a box of strawberry transplants (about 500 plants) thoroughly and then distributing to planting crews for transplant.  Note that in the case of the two Actinovate treatments, plants were held for one night to prior to transplant, ostensibly to establish the organism on the plant roots.

Several dying plants from different areas of the test plots were sampled in July to confirm that Verticillium was the cause of plant death.

As a gauge of plant vigor from each treatment, strawberry plant diameters were measured February 13, and April 13.  Measurements were in centimeters and from twenty plants in each plot.

With the beginning of fruit ripening, fruit harvest was done weekly in each treatment replicate.   On each pick date, fruit from each plot was weighed and counted.

Both rates of Actinovate realized higher fruit yield than all other treatments except for the Dazitol, in cumulative fruit yield, which included six weekly harvests, up to May 14, 2013.  No further differences were realized between May and August.

As noted above, this field has a very high infestation of Verticillium and all plots began to experience pronounced plant dieback in June, with some 60-80% remaining alive or declining and by end of July, nearly all plants in all replicate plots had died.   There was a trend for plants which had produced larger amounts of fruit in April and May to experience lesser fruit production lesser vigor and earlier dieback as the season progressed.

The results of this trial are encouraging.  In the early part of the season up through the middle of May, several treatments had significantly higher amounts of fruits harvested than the grower standard.  Nonetheless, none of the treatments provided sufficient protection to the plants to prevent an almost complete die out of the plants by August, effectively ending the season.