BMSB adult lays eggs in masses and typically an egg mass consists of ~28 eggs (Fig. 1). There are five immature stages (Fig, 2). In general, adult females are bigger in size than males. Identification of BMSB is not difficult. It has few unique features, which separate it from other native stink bug species in northern central coast of California. BMSB (both adult and nymphs) has two white bands on both antennae on the head and a white band on all the legs as well (Fig 3). These features separates BMSB from native stink bugs, for example, the consperse stink bug.

At this point, it is critical that we monitor BMSB in our area and potentially delay its establishment using management tools. We are not sure what impact BMSB would have on small fruits, strawberry, or vegetable production in the central coast areas. Also, please let me know once you find one. You could reach me (Shimat Joseph) or Mark (Mark Bolda by email (svjoseph@ucdavis.eduor mpbolda@ucdavis.edu) or phone (831-759-7359).

For further reading, please find the attached UC IPM pest note and summary of BMSB research in its native range in Asia. 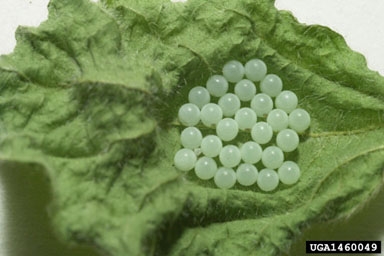 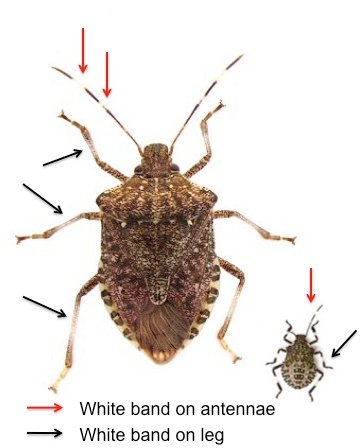