Supplemental chill, also known as cold conditioning, takes place after harvest of the transplants, which have gone dormant because of their exposure to the decreasing daylength and lower temperatures of the nursery fields of Northern California where they are grown. Postharvest supplemental chill occurs in a constant near freezing temperature, in the dark and when the transplant has no to very few leaves left on it.

Growers already know this, but berry cultivars vary greatly in their sensitivity to the dormancy breaking supplemental chill. Generally speaking, short day strawberry varieties need very little – something on the order of one to three days - to break dormancy and in fact most become tremendously vegetative when chilled in excess over the recommended few days.  In contrast, day neutral varieties need substantially more days of chill, most often in the range of one to two weeks, to develop the normal balance of vigor and fruiting following planting.  Since longer periods of chill are associated with greater vegetative vigor, organic growers tend to chill their plants longer before planting, in the range of 30% longer, so as to enable the plant to handle less hospitable soil environments.

As we creep towards strawberry planting season on the Central Coast, it is always good to review where we stand currently on nursery cold conditioning, and with this in mind, think about adjustments to the post harvest supplementary chill based on what sort of winter we might be expecting.

Those of you who know me understand my faith in hedging my bets and planning for contingencies. I favor decisions with a high probability of success and decent outcomes over swing for the fences with blow your socks off results but missing and failing most of the time. Short supplemental chill times with early planting dates to get the beat on the competition are not my thing since this strategy puts good plant vigor at risk, especially if this 2017-18 winter is warm.

Chill accumulation for this year looks good at the nurseries up at MacDoel. Using Lassen Canyon Nursery's chill accumulation chart (also appreciate the comps to previous years- very useful), shows that, after a warm start in September, hours have really ramped up and currently as of October 5 we are at 337 total hours according to my Utah model calculations (which subtracts chill during warm weather episodes, and discounts temperatures under freezing - look elsewhere on this blog for how I am doing this). That compares very well with previous years, and is in fact ahead of many of them.

Further, looking forward to what sort of winter we are to expect, let's go to the NOAA weather maps. Quite simply, for all of our strawberry production areas, it is as of now 40% probable that we get temperatures above normal this winter (being December, January and February). This is up from 33% a few weeks ago, so I am sensing a trend which seems to confirm where we are headed.

In conclusion, with solid field chill already in the can but a good probability of a warmer than normal winter in the offing, I would again this year favor just a little bit more supplemental chill than customary.

Tags: cold conditioning (10), strawberry (74)
Comments: 1
An Observation on Chill Hours Accumulated This Year and What to Make of Them
Published on: October 19, 2016

Since digging for strawberry plants destined for Salinas and Watsonville started at Macdoel just a few days ago, I thought it would be judicious to have a look at how many chill hours we've accumulated so far and what it means for additions to supplemental chill, especially for our day neutral varieties.

Looking at the data for Oct 18 of this year and running my calculations via the Utah model (which subtracts chill hours for temperatures realized above 60oF, see previous posts), we have currently accumulated 325 units of chill. Given that last year's chill accumulation was 164 units and by most commentator's opinion a decent accumulation, 325 accumulated chill units this year is very satisfactory.

So what does this mean for adjustments on supplemental chill? Personally, I think growers may want to take the strong field chill in stride, and now look forward to what sort of winter we are going to have. Looking at the NOAA data, we are probably in for a weak “La Niña” system this year, which according to the “Color Outlook Maps” for temperature, we have something like a 40% chance of having slightly warmer than normal temperatures in November, December and January.

The question then is what sort of adjustment should or needs to be made to supplemental chill. It's actually not an easy question to answer, given the strong field chill.  Then again the odds of a slightly warmer than normal winter would give me some reason to err on the side of caution and go a tad longer than customary on the supplemental chill .

So the question now is, so what Mark, we're around 68 chill units accumulated as of September 22 in Macdoel, but what does that actually mean to me as a grower?  How does it compare to years past?

Fortunately, we can reference past year's chill accumulation and make just that comparison.

Conclusion; from the looks of it we are tracking right along and having a normal accumulation of chill in the autumn of 2015. 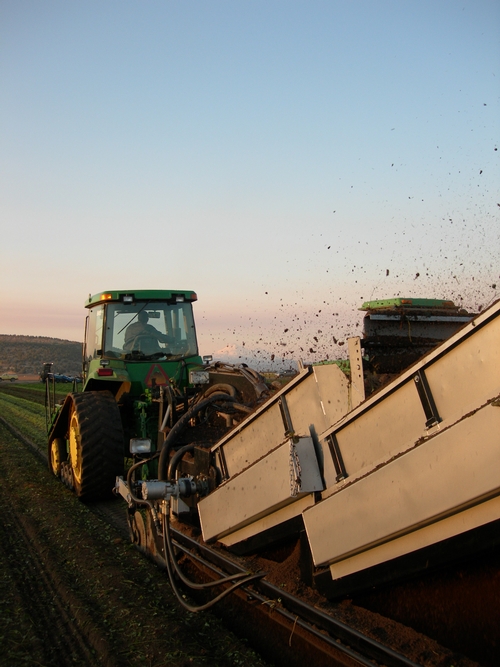