The use of pheromone based twist ties has found significant success in reducing the incidence of light brown apple moth mating in caneberries grown on the Central Coast of California.  With the recent advent of light brown apple moth infestation in area strawberries, especially those in organic production, there has been a groundswell of interest on testing the same technology there.

The following is a brief description of a trial mounted on the part of the authors in testing whether the use of pheromone based twist ties could be useful and successfully applied in strawberries.  On June 15, twist ties wound around chopsticks were distributed evenly (every other strawberry row with 16 to 18 feet between each stick) across 8 acres of organic strawberry at the rate of 300 per acre (higher end recommended label rate), with another 8 acres left alone as an untreated check.  This was replicated 4 times in various fields around Watsonville.

Traps were checked yesterday, June 29.  Out of the 48 total traps placed over the four treated plots, only a single male moth was captured, while the traps in the untreated check contained two moth males on average.

Trap Captures of Light Brown Apple Moth Males, June 29, 2010
Totals are from 12 traps in each plot

with pheromone        without pheromone

The results suggest the twist ties may be useful as part of an integrated strategy to reduce light brown apple moth populations in fields, especially for organic growers who have limited available management tools. 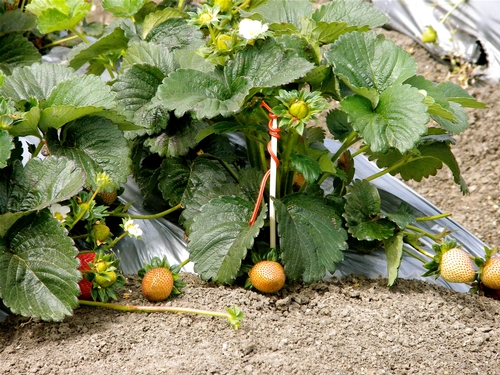 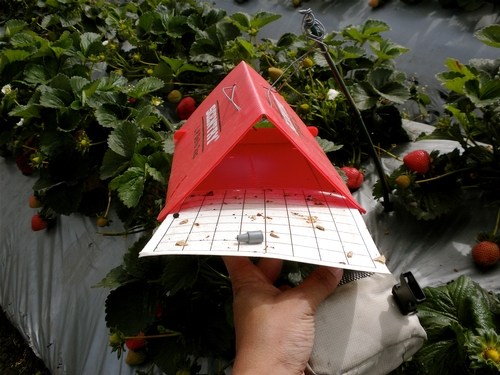