The Web Action Team is going to leave the Action Cave next week and actually get out to talk to people!

We are conducting a training for the North Coast and Mountain Region on 'Advanced SiteBulder-ing'.  We want to show people how to take their site beyond where most County sites are sitting now.  This is not a standard SiteBuilder training, this is a full-featured 'SiteBuilder All-Stars' extravaganza!

Day 1 A.M. - Dave is on the mike with a SiteBuilder training.  Everyone in the audience should be very familiar with the system, so we hope to move fairly quickly.

Lunch- provided by NCMR- thanks Kim!

There are two significant changes to Site Builder that may delight, puzzle or frustrate you, depending on whether or not they break something on your site. I kid, I kid. They won't break anything.

One of the changes was extremely simple, in concept. Instead of storing your files inside of your site's folder, we used to store them in a separate location. Disk space and file flexibility were the driving factors in making this decision, and file statistics weren't on anyone's radar yet.

(Incidentally, the decision was made many years ago when the internet was but a child, a small series of coffee stirring straws that would later grow into actual tubes.) 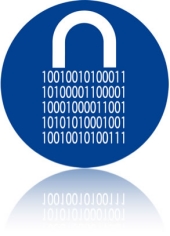 The other day Dave walked into my office to show me how if someone used a "%" sign in the blogs the text after the percent sign was mangled and not right. This weird anomaly puzzled me as everything else came out correctly. After looking into this a little while I found one of our security filters was mangling the text and needed to be fixed.

You may be asking yourself, "A security filter on a blog why is that needed?" Programmers can be mischievous and enjoy a good challenge of finding ways of doing things that computers were not meant to do. For example, by adding a simple comment with some special coding to a story, comment, blog,...

Now that the Simple Grant System (SGS) is complete, I'm back on task with the Grant Tracking System (GTS). The GTS is to the SGS as Physics is to Psychics.

Simplicity and transparency are replaced with detailed questions about every aspect of the grant proposal. This data is then run through a gauntlet of reviewers from various levels within the administrative structure.

The proposal can be promoted or returned at each level, making the entire tracking process extremely complex. Additionally, two proposals might have completely different routes of approval. *sigh*

Right now, the GTS is 80% done. There's some big-time reporting that needs to be created in order for the system...

One of the people who's needs we considered while designing the system was contacted and is excited to use it... next year. Oh well, that'll give us time to put bugs in that we can then work out.

Here's a couple of screen captures of the system. The first is the main page, a list of all grants in the system and any specifics things to which the user is tied. The second is the main proposal page where...