When pollination is carried out by birds, it is called "Ornithophily." Hummingbirds, spiderhunters, sunbirds, honeycreepers and honeyeaters are the most common species of birds who pollinate. 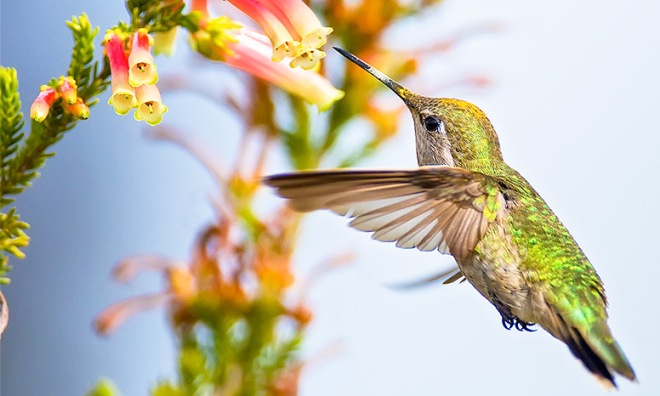