Savings group members count out Cambodian riel, during an annual ceremony where members are repaid their share of funds (their own savings plus interest), after repaying all of their community loans. After the Horticulture Innovation Lab research was complete in their community, these farmers have continued to expand both their savings groups and their use of new agricultural technologies.
By Brenda Dawson
Author - Communications Coordinator
Topics:
Comments: 2 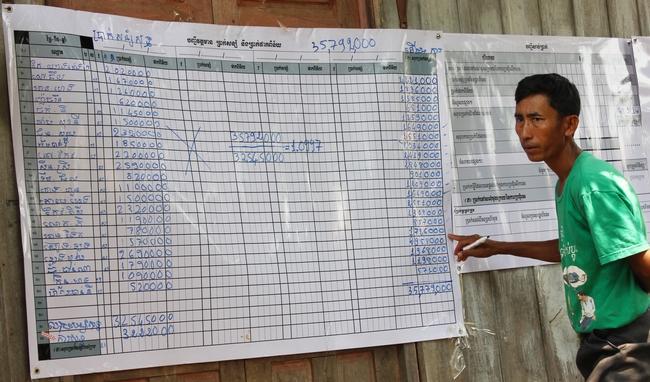 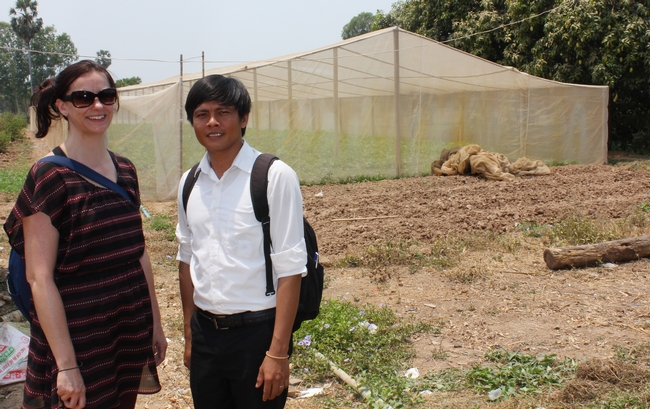 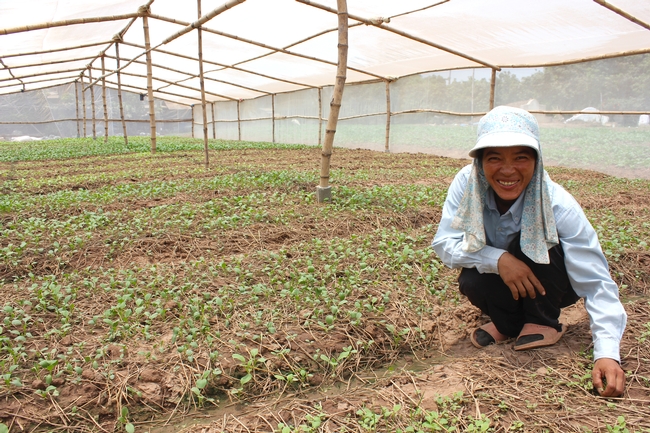 Cheng Sokhim is one of the farmers who started using a nethouse for safer pest control and to earn higher prices for her leafy greens such as kale, Chinese mustard, bok choy and curly leaf lettuce.