WESTMINSTER, Colorado - November 23, 2018 - Herbicides have been instrumental in managing Italian ryegrass, a weed that frequently competes with perennial crops in California. Herbicide-resistant populations have become increasingly commonplace, though, including paraquat-resistant Italian ryegrass found recently in a California prune orchard.

A team of scientists set out to determine if the paraquat-resistant population might also be resistant to other postemergence herbicides. Seven other herbicides commonly used in fruit tree and nut tree crops were included in the study, including clethodim, fluazifop-P-butyl, glufosinate, glyphosate, pyroxsulam, rimsulfuron and sethoxydim.

Researchers found the paraquat-resistant population was also resistant to both clethodim and glyphosate. Among the remaining herbicides, glufosinate, rimsulfuron and sethoxydim were found to deliver the best postemergence control. Unfortunately, though, other populations of Italian ryegrass have developed resistance to the three herbicides, indicating their effectiveness may be short-lived.

"Overreliance on postemergence herbicides from a variety of chemical classes can result in weed populations that exhibit multiple resistances," says Caio Augusto Brunharo, a postdoctoral research fellow at the University of California, Davis. "Effective herbicide-resistance management programs are necessary for sustainable weed control."

The researchers recommended a number of preemergence herbicides as control options for Italian ryegrass in fruit and nut tree crops, including tank mixes containing indaziflam and flumioxazin.

Weed Science is a journal of the Weed Science Society of America, a nonprofit scientific society focused on weeds and their impact on the environment. The publication presents peer-reviewed original research related to all aspects of weed science, including the biology, ecology, physiology, management and control of weeds. To learn more, visit http://www.wssa.net. 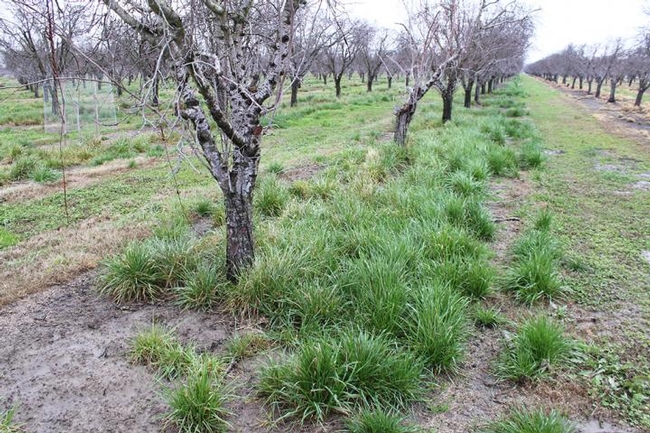