The Madera Tribune yesterday reported that an abrupt disappearance of worker bees within the last two weeks, and in some instances overnight, is spreading alarm throughout the California agriculture industry.

“We are going to have a big shortage of bees,” the story quoted Madera beekeeper Lyle Johnson. “It’s worse than four years ago. Growers don’t know it yet, but a few are starting to ask.”

"Almond prices are going up but if you don’t have the bees, there will be big trouble," he said.

A story in the Oakland Tribune by Melissa Murphy also reported that bee health problems are continuing.

"They can't shake it for some reason," the article quoted UC Davis entomologist Eric Mussen. "It all depends on who you talk to. Too many stressors all add up."

The mysterious decline in bee populations is called Colony Collapse Disorder. Factors that scientists suspect cause CCD include pests, pesticides, malnutrition and stress from transport.

The Oroville Mercury-Register reported Northern California orchardists will have their needs met for pollination, but that other areas in the state may not get the bees they need. However, the bees that farmers are getting are more expensive and not as healthy as last year. One Northern California beekeeper negotiated contracts at $150 a hive, but said farmers are now paying $180-$200 a hive. 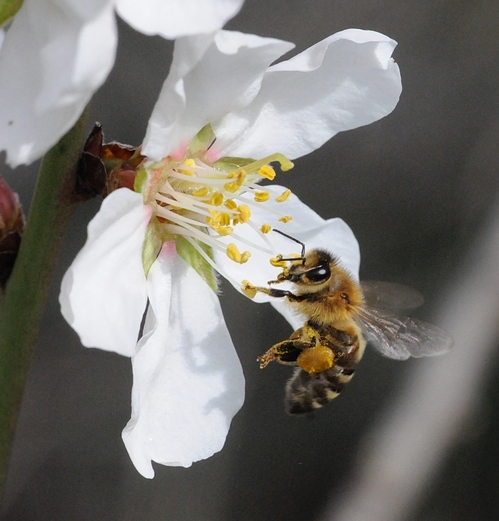