The UC Exotic/Invasive Pests and Diseases Research Program funded a project in which USDA scientists developed a new and faster way to raise natural enemies of exotic weed species, according to a news release written by UC IPM communications specialist Stephanie Klunk.

The process involves the use of an artificial diet that was invented to raise a type of weevil. The USDA scientists found that the same diet is useful when researchers travel to foreign lands to find natural enemies of exotic weeds. They can put larvae found feeding on the plant into vials that contain the diet, where the insect will develop to the adult stage.

For example, scientists were able to use the substance to rear root crown weevil larvae that had been pulled out of yellow starthistle plants in Turkey.

"The fact that this diet works for flies as well as weevils, and that it works for insects from at least three species of plants and two plant families, suggests that this method can have widespread use to accelerate the discovery of new internal-feeding biological control agents," said USDA scientist Lincoln Smith.

More than a half-dozen companies that produce lettuce seeds have requested seed samples, according to Ryan Hayes, ARS research plant geneticist in Salinas, Calif., the principle investigator of the project.

"Breeding lettuce with natural resistance (to disease) remains the most environmentally friendly, economical and sustainable option for combating the fungus," according to the news release, written by Marcia Wood. In the release, she reported that verticillium wilt first showed up in coastal California lettuce fields in 1995. 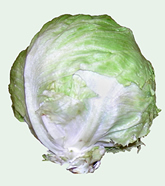 Mother's have just one more week of breathless anticipation before Mother's Day, when their critical role in family life is celebrated with gifts and special treatment. In honor of this delightful holiday, UC Agriculture and Natural Resources writers have for the first time compiled stories to generate news coverage about issues of importance to mothers. Click here for the news tips. This is only a small sampling of research and extension activities in UC ANR that mothers care about. Since so much of our researchers' work focuses on ensuring safe and wholesome food is available for children, they have a lot in common with California moms.

Only die-hard Tom Cruise fans really like risky business. Specialty crop growers can find ways to make their operations less risky by attending a workshop May 22 at the Yuba City Veteran's Building. The workshop is a collaborative effort of specialty crop bargaining associations for commodities, UC and USDA's Risk Management Agency. Registration and lunch is $25 ($35 after May 13.) Click here for more information.

Last week's flavor workshop at UC Davis was well attended by professionals in fruit and vegetable industries. They were challenged to begin contemplating the flavor nuances of their products in the same way wine producers have for decades. New technology is giving them objective tools, but the scientists agree nothing replaces human flavor testers. 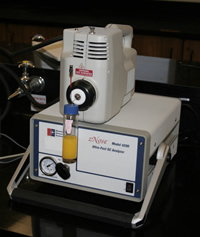