Cattle ranchers in California, Nevada and Oregon are one step closer to having a vaccine available to treat a tick-borne bacterial disease – commonly known as foothill abortion – which kills cow fetuses.

Foothill abortion – endemic in California's coastal range and the foothill regions of California, Southern Oregon and Northern Nevada – is a bacterial disease in cattle also known as epizootic bovine abortion. It is a major cause of...

Golden eagles in the western United States may be at risk of infestation by an exotic and possibly new species of mite that causes a fatal skin disease, according to an Emerging Infectious Diseases case report published in October 2014.

Both eagles had substantial feather loss and scabbing on the head, neck, and legs and...

Long before Governor Brown declared an official drought for the state, many of California's ranchers knew this would be a tough year. Drought can increase the risks of animal poisonings and nutritional imbalances, and necessitate additional vigilance to assure cattle health and productivity. Veterinary toxicologists Robert H. Poppenga and Birgit Puschner, with the California Animal Health and Food Safety Laboratory System at UC Davis School of Veterinary Medicine, provide this critical information to dairy and beef producers to keep their livestock healthy during the drought. Key threats to cattle include:

Water quality — Water is the most critical factor in the... 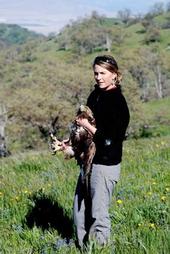 UC Davis wildlife epidemiologist Terra Kelly (in photo at right) studied the effects of big game hunting on lead exposure in carrion-eating birds like eagles and turkey vultures and monitored the effect of a 2008 law that made it... 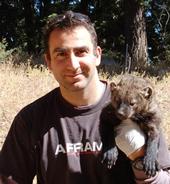 Mourad Gabriel, a doctoral candidate with the Veterinary Genetics Laboratory at UC Davis School of Veterinary Medicine, provides a more comprehensive look at the situation in the recent issue of...