Outstanding in the Field: Views from North Coast Rangeland
sitenum=357
Blogs by Stephanie Larson, Ph.D. Livestock & Rangeland Advisor for Sonoma & Marin Counties.
How Grazing Livestock are Beneficial to Vernal Pools
Published on: May 10, 2017 Vernal pool, Sonoma Valley Regional Park, from Sonoma County Regional Parks
On a global scale, rangelands are a fairly diverse array of biomes - deserts, scrub, prairies, and chaparral, but in Sonoma County, they comprise oak savannahs and grasslands; one such is our vernal pools. Vernal pools are defined by the US Environmental Protection Agency as “…seasonal depression wetlands that occur under the Mediterranean climate conditions”. They are a rare and interesting sight to see in the spring after they have filled up with water. Especially this year, you could see the most beautiful concentric rings of various wildflower species as the water evaporates or infiltrates into the ground.

Vernal pools exist in areas of a grassland where there is an isolated area of compacted clay or bedrock. This is because the water cannot penetrate it and therefore, stays on the surface instead of absorbing into the soil. Depending on their size and amount of rainfall, they may fill and dry up many times within a season, or may not fill at all in a drought. Many species of wildlife, including birds and amphibians, depend on these pools. They are a cache of fresh water and food and, for some, a good place to lay their eggs because they are safe from predation by fish.

For the first time in four years, US Fish and Wildlife Service (FWS) opened grazing permits for several properties in the Santa Rosa plains, allowing grazing. Grazing was returned to these properties because its removal caused vegetation to over grow, reducing habitat for the endangered species present. Not having this grazing “disturbance” resulted in a species loss; the very species that were to be protected. Two examples of grazing benefits are listed below.

Managed livestock grazing is thought to benefit the habitat for California tiger salamander (Ambystoma californiense) (Fig 1). Some Bay Area populations of these salamanders depend on ground squirrel burrows for refuge sites. Livestock grazing keeps vegetation low, making the grasslands more suitable for California ground squirrels (USFWS 2003). Salamanders that inhabit vernal pools may also benefit from grazing. These ephemeral pools are wet only during the winter/spring rainy season, and too much vegetation in and around their edges can cause drying pools to lose depth too quickly. Because it reduces this vegetation, grazing can keep the pools wet longer, giving salamander larvae more time to grow up (USFWS 2004).

Grazing of non-native vegetation is essential to create opportunities for many native grassland plants. For example, there is only a single remaining natural population of the federally-endangered Sonoma spineflower (Chorizanthe valida) (Fig 2) and it declined dramatically after livestock was removed from its habitat area (Davis and Sherman 1992). Similarly, populations of the federally-endangered Contra Costa goldfields (Lasthenia conjugans) and Santa Cruz tarplant (Holocarpha macradenia) plummeted and died out when grazing was removed from their habitats (USFWS 2005; Hayes 1998).

Nowadays, 90% of the US's vernal pools have disappeared due to human encroachment and land conversion. Like the rangelands they exist on, they can be beautiful and vital places if properly managed! With the arrival of the Spanish missionaries, Sonoma County's grasslands changed dramatically. They became dominated by non-native annual plants, mostly from the grasslands of the Mediterranean Basin. Despite the general replacement of native plants by these non-natives, enough native species have survived to prompt global recognition of our grasslands as hot spots of biodiversity.

Because livestock grazing (primarily by cattle) can effectively reduce the biomass, height, and thatch accumulation produced by non-native annual plants, it has become an essential tool for managing our local grasslands. Grazing has been shown to be a benefit by

reducing the risk of a catastrophic wildfire, maintaining and enhancing habitat for many native grassland plants and animals,

and maintaining the open character of our iconic grasslands and oak savannas.

Ranchers should be encouraged to continue their sustainable livestock production practices and their long history of good stewardship. In addition, they should be compensated for implementing other conservation services on rangelands. 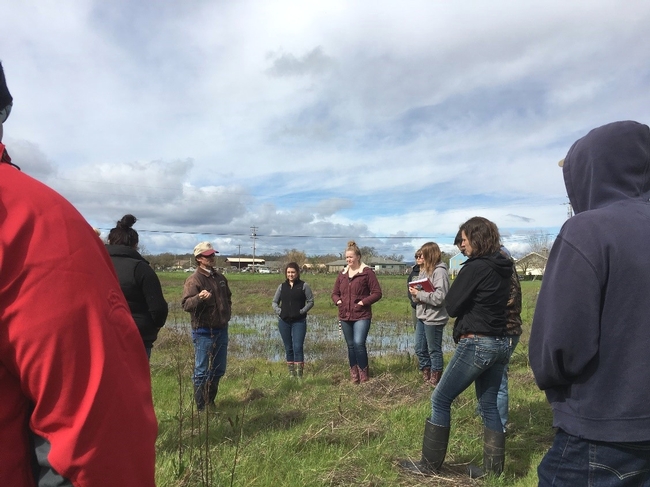